[App Fridays] With 60,000 selfies clicked, Selfie Challenge aims to create a social network around it 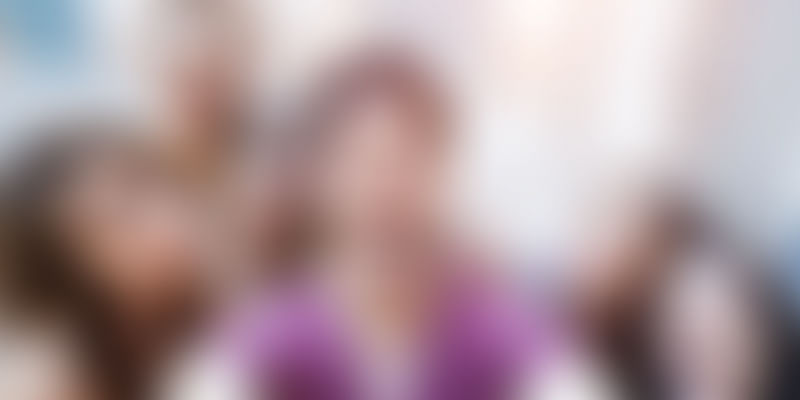 The founders launched the alpha version in December '13 with a quick beta release in Feb '14, garnering positive feedback from users world over. They received motivation and well wishes from popular influencers such as Guy Kawasaki and Mattias Ahnberg of Spotify. Today, they boast 50,000+ downloads across iOS and Android with over 60,000+ selfies clicked uniquely from challenges thrown at the masses.

-Users can scroll through challenges with prompts ranging from something easy like ‘Bathroom mirror’ to something much more difficult like ‘Standing on your head.’ When users see a challenge they like, they can snap a ‘selfie’ and share it with their friends.

-Users can choose to take a challenge immediately or save it for later.

-The app has two social tabs, one showing selfies posted by friends and another from the entire community.

-If a user thinks that they can outdo somebody's selfie, they can "Outselfie" them for an added layer of interactivity. The user can also share their selfies through Facebook and twitter.

Yash Kotak and Nyha Shree started ‘Seflie Challenge’ as a hobby project. But when it gained good traction, they got more serious about it. Yash, the co-founder and CEO of the startup, started his journey in IT at the age of 16. In 1996, he was the only Indian who had set up the IRC server for DALnet, Undernet and EFnet. By 25, he had developed an AI-based one-on-one chat, India's first PVR (Personal Video Recorder) and conceptualised B.E.A.M. (Bluetooth Enabled Advertising and Marketing). His areas of expertise include human computer interaction and behavioural patterns.

Nyha Shree, also co-founder, is a startup evangelist and hacker. She started her first venture while still in college. After her graduation, she went on to take roles in project management, business development and people management to better understand and undertake successful venture building. She has previously collaborated with Yash on other ventures too.

The startup currently has a team of 11 working in various capacities. After their initial success, Yash and Nyha were looking for a CTO to join on board. Ankur Kumar, who started his career working on INOX apps and has significant experience in backend development and growth hacking, came on board for this post . He, too, is one of Selfie Challenge’s founding members. Deepak Baliga, on the other hand, is their lead Android developer with three years of Android development under his belt.

The startup revealed it had recently closed an angel round, but cannot disclose the amount or the investors involved. The funding will be utilised for talent acquisition, strategic tie ups and initial marketing. ‘Selfie Challenge’ isn’t generating revenue at this stage as the app is free, but the founders confirmed revenue is not their focus as of now. Their revenue will be generated from B2B tie ups in the future. They’re currently working on another product called ‘Znapin’ which they aim to release in June.

We consider Instagram and twitter to be our competition, in a way, and aim to go head on with them. We were expecting our app would be popular among girls, with 90 per cent female and 10 per cent male users. But, surprisingly, the breakup is almost 50-50.

Users can sign up through Facebook or twitter, and the app has a pleasing UI. The UX is good, as it only takes a few moments to get a hang of the different tabs and understand how the app works. The fact that users cannot upload pictures from their gallery is an interesting feature that drives authenticity.

The quality of content and pictures is interesting as users can scroll through quirky selfies from their friends on the app or in the community. The ‘Outselfie’ successfully drives user engagement.

Currently, all selfies are accessible to both friends and the community, so users who take privacy concerns seriously may not be too keen to use the app. A feature to keep selfies private and only among friends would enhance the appeal of the app.

Another helpful feature would be if users could short-list the kind of tags they want to see instead of sifting through multiple challenges they know they are not likely to take. The founders confirmed that they’re also considering adding video selfie challenges in the future.

‘Selfie Challenge’ is a well-built app that aims to make the process of taking selfies a fun exercise with different contexts. It will be interesting to see how they grow further to keep their audience engaged.

Related read: Are video selfies the next big thing after selfies? VelFie thinks so