EventBaba: The solution to youngsters’ need for pocket money 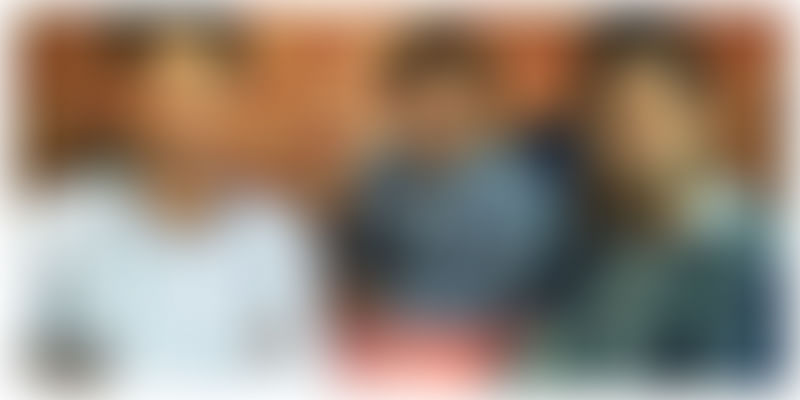 Have you ever wished that you had access to an endless line of pocket money in college? Or tried nagging your parents for money to go on a trip or treat friends? Amin Memon, Kadir Sayyed and Moiz Sayed definitely felt the pinch of not having enough pocket money back in college, but instead of asking their respective families for more money, they ended up creating a whole new venture.

EventBaba helps brands and event companies connect with teenagers who want to work for part-time event jobs. They already have 22,000+ (users and members of the workforce) on board and have added 800+ events on the website. The venture is currently bootstrapped and has helped disburse nearly Rs 4 million in pocket money to youngsters who have worked with EventBaba.

Initially the founders did not have the coding skills necessary to bring their concept to life. They decided to complete their degrees to gain the relevant know-how and worked towards building their venture after graduation. At the end of 2012, a year after graduation, EventBaba was established. The team aimed at linking youngsters who wanted to earn some cash for college and brands that were conducting promotional activities for a few days. It was a win-win proposition because brands were reluctant to let their full-time employees take up temporary event management jobs.

Holding events also turned out to be a better publicity strategy for brands since the impact could be easily measured, unlike using hoardings or banners for promotion of the product or service. Companies could facilitate one-on-one interactions with their current and potential consumers.

Youngsters in turn were drawn by the promise of pay and the chance to develop their communications skills by interacting with a large base of potential clients of the company.

EventBaba was faced with a chicken-egg problem at the start, the founders debated on whether they should build up the list of companies first or increase their user base. They decided to focus on building a large base of interested candidates, which would automatically draw big brands to the portal. The team was also adamant about listing the right jobs for their candidates. Given that most of their users happened to be educated students, some were even post-grads, EventBaba steered clear of jobs that involved deliveries or serving food. They ensured that the jobs would also require skilled candidates who are enterprising, communicated and presented themselves well to their audience.

Screening is performed by the company hosting the event. EventBaba’s team only intervenes to inform the user about details regarding the event. No resume or additional documents are required. Jobs could include manning an exhibition stand, helping in conducting on-ground surveys, packing of goodie bags and gifts and recording registrations for the event.

In the first 10 days of the launch, EventBaba brought 200 users on board. Soon, the idea started spreading through word-of-mouth. The venture decided not to show events on their site, until the user registered. That way only the more serious candidates would sign up for listings.

EventBaba consists of an eight-member team based out of Mumbai. They are hoping to expand to Pune by the next quarter and have already helped with organizing a few events in the city.

EventBaba has big plans for the future. An android app is in the works so that users of EventBaba can stay updated with the latest job postings. The EventBaba website version 2.0 is also being constructed. The team is creating a simpler UI and is revamping the content to include permanent jobs for event management. The site has at least one new listing per day that is lapped up by customers within an hour. Amin mentions that sometimes jobs that are posted late in the night are taken up by users.

The founders want to stay in the events space and build their expertise in the same field. They will explore other lines of work that supplement the events space such as telecalling guests on the day of the event or assisting with logistics for the event.

EventBaba operates on a commission basis, a part of which is absorbed by the venture, and the rest is given to the users who assisted with the event. Their annual turnover (last year) was close to Rs. 40 lakhs. The venture is now looking to hire more people, scale up and help more youngsters across colleges in the country.