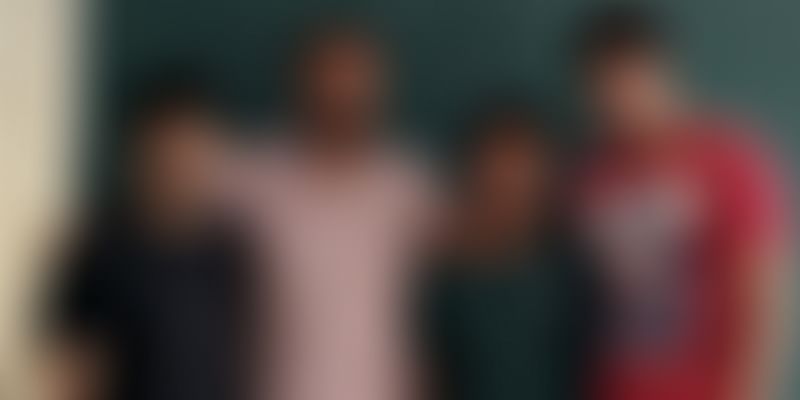 Started by two ex-IITians, one BITSian and an engineering graduate from PESIT, Bangalore, Ignus aims to provide high-quality education for JEE and Olympiads at affordable prices in tier 2 and tier 3 cities with the aid of technology.

Currently operating in Hassan in Karnataka, Ignus introduced-tablet based coaching and has seen a positive response from students in terms of faster and efficient learning. Concentrating on the all round needs of a student right from providing content to practice regular tests, counselling with parents and personal tracking of goals, Ignus aims to hit the right note in achieving the overall development of the students.

Motivation and the birth of Ignus

The founders believe that talented students are everywhere. The missing element is the right guidance, exposure and opportunity at the right time. Ignus was born out of this idea. One of the co-founders, Mervin Rosario (ex-IITB), says,

The admissions for majority of the prestigious colleges and selection for most of the government jobs is decided by competitive exams like JEE, CAT, Civil Service Examinations etc. Unfortunately, only the students from big cities and ones with sound financial background who can afford tuition fees are able to crack these exams. There is a lack of quality teachers in the tier 2 and 3 cities. A majority of students getting into the premier institutes are ones who have a very good financial background in their families and thus get into coaching institutes. One way or the other, the coaching institutes have some bad practices of cracking the JEE by repetitive solving of problems/patterns.

Mervin has a good understanding of the coaching centre scene in India, since his family has been working in the same for the past 10 years.

One of the major costs incurred in IIT JEE training in big cities is the cost of teaching where an experienced professor/lecturer has to be paid a huge amount. Hence, team Ignus thought about the idea of affordable learning to provide equal opportunity for everyone, especially in the tier 2 and 3 cities.

The team went through the process of understanding the coaching process and the difficulties that students normally face. There was an idea of an online solution initially, but later, after customer research and prototyping stage, they changed to the idea of having brick and mortar learning centres and thus Ignus was born in September 2013. Their operations began in July 2014.

At Ignus, the content required for the competitive examinations is thorough and sourced from the premier institutes. The team records the classroom sessions of these experienced professors and display the same in the tablets in a format which is very interactive. This way, the team is able to reduce their cost as well.

Mervin adds, “Students are active throughout the learning process while solving problems and doing structured group activities, thus they enjoy the process. The main advantage of implementing this method is that a student can go through the video course again if he/she has not understood a particular topic or a concept.”

Apart from Mervin Rosario, the Ignus team consists of Sharath Holla (ex-BITS Pilani) who is the techie with previous experience in Amazon and Wipro. Akshay Bedhotiya (ex-IITB) leads the content development at Ignus and was earlier involved in teaching and managing coaching centres in Agra. Gaureesh, an engineering graduate from PESIT, Bengaluru, looks at the business development and sales strategy for Ignus.

Ignus was bootstrapped for setting up their first centre in Hassan. Ignus has received its initial angel funding to do customer research and prototyping from Villgro, and the remaining amount has been invested by the co-founders. Setting up new centres is capital intensive and so Ignus is actively looking for investments to scale up in other geographies, initially in Karnataka and later across other states.

Mervin pitches in, “The awareness levels of people in the tier 2 and 3 cities are very low, and parents would prefer sending their children to a regular CET training centre. It is a much bigger challenge to set up a coaching centre in a tier 2 city than a tier 1 city. Convincing parents and students of the importance of sending them for coaching at the right age and paying for the same was the initial challenge.”

Others in this domain

Generally, there are a lot of coaching institutes in tier 2 cities who train students for regular tuitions or for the state level exams like CET. Students flock to these institutes where they generally provide very poor quality of science and math education.

Every state will have two to three places where there would be good JEE advanced level training and another few places where they would give JEE main level of training. Students migrate to different places in the state, and many a time end up getting poor education even after migrating and spending huge sums of money.

The district headquarters are mostly untouched for JEE advanced level of training and hence setting up a JEE training centre in these cities has virtually no competition.

Talking about the distinguishing point of Ignus, Mervin says,

Ignus is actively looking for funds so that they can scale up in terms of the team.