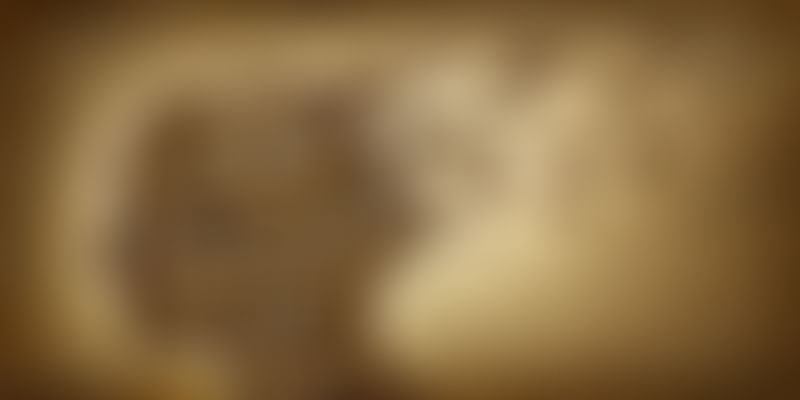 “Happy Mental Health Awareness month of May “is the greeting from Dr. Nirmala Srinivasan of Action for Mental Illness (ACMI), Bengaluru. ACMI is an advocacy initiative working pan India for the rights and needs of persons with mental illness (PMI) and disorders such as schizophrenia, bipolar disorder, depression, anxiety disorder, and OCD. It was founded in 2003 by Ms. Laila Ollapally, advocate, Karnataka High Court, and Dr. Nirmala Srinivasan, disability activist and an Ashoka Fellow since 2003.

In conversation with Dr. Nirmala Srinivasan

“There was stigma related to TB some several years back not any longer. So also HIV/AIDS, thanks to the patronage from the government and Bill& Melinda Foundation has made spectacular public debut! But not mental illness (MI)! Wonder how we mixed up mental health with mental illness? Illness is the flip side of wellness; and hence, at the root of mental wellness is to address the issue of illness due to mental disorders clinically classified as Illness.

Government of India has classified MI under non- communicable diseases such as Cancer, Blindness etc. Perhaps Mental Health needs a standalone administrative set up under the Ministry of Health to give it visibility as an illness. MI means a disorder of mood, thought, perception, orientation, and memory which affect the overall functions of social cognition and behaviour causing distress to the individual and his/ her family, this also includes such condition precipitated by substance abuse and alcohol. Unlike mental retardation (MR), MI can affect anyone anytime depending on the individual’s genetic predisposition. How much of nature and how much of nurture eludes scientific explanation of causes of MI.

As far as public awareness goes, it is still not accepted as an illness of the brain. Implicit in this misunderstanding, is the absence of lab reports or x-rays that are dominant diagnostic tools for other illnesses. Misconception become myths characterised by occult beliefs, witchcraft, stories of violence, homicide and suicide or  popular belief as behavioural fancies of a spoilt adult!

I believe that the fundamental message to be conveyed is that MI is an illness that is treatable, controllable and perhaps even curable in about 5% to 10% of cases provided early treatment is available. This message is not a one-time TV ad as is presently done by the government. Promoting awareness is at the core of District mental health program across India. But DMHP is unfortunately not a national phenomenon in a country where 36% of Indians are believed to be hit be Depressive disorders according to WHO. In fact, the urban areas are most neglected in awareness campaigns by the government and non-government agencies. Hence sooner the NCD approach under the National Health Mission, better it is for the country as a whole because today India lives in its cities. Information, awareness and accessibility are the trilogy of Mental Health awareness campaigns. Nothing short of a stand-alone National Mental Health Authority will be required to promote organised information across the country.

Social Stigma is a reality of mental illness that delays treatment even among educated urban middle class Indians. Education does not correlate with awareness when it comes to information on MI. Popular belief among urbanites is  associating MI with stress and tension arising out of  high achiever syndrome. Seeking help gets delayed because stress is dismissed as universal; nothing abnormal and to be overcome with holiday packages or job change! Or the other extreme is to romanticise the illness. In between the two, there is plethora of alternative treatments that range from Reiki to hypnosis to aroma therapy. While we are not against any of these, even the slightest dip in a person’s performance, behaviour, moods and responses are early warning signals warranting medical intervention. This is my message for mental health awareness in 2015, please come out openly and in huge numbers. Talk about mental illness, it doesn’t matter if you’re a caregiver, user (patient), or just an individual.

Bengaluru is the mental health capital of the country because of NIMHANS, but still awareness is poor if not distorted. Citizens run for the rights of lakes, tress and animals. Bengalurians – please run for mental illness; and not for just mental health. I request volunteers from Corporates, schools and colleges to display banners and campaigns that rip the stigma away. User patients and families display courage by doing the marathon for the cause.

“Suffering from a mental illness does not mean that the individual is sick or insane. There is a difference between a person with mental illness and a person of an unsound mind. Even the Law supports it. Equally important is the fact that unsoundness of mind is not a permanent everlasting phenomenon. Visiting a psychiatrist doesn’t necessarily mean that a person is insane. Even professional or counsellors do not make much of a difference

ACMI’s goes beyond Information to Advocacy

Beyond public awareness is the knowledge of illness for direct stakeholders viz., the families including the users or patients with MI. For instance India has a National Mental Health Policy adopted in 2014. Along with it, a proposal for 365 days action plan with definite timeframes have been prescribed.

ACMI has organised the first workshop around AHC and OPMI and it has been included in the 365-day action plan for care for caregivers: “Families Alliance on Mental Illness (FACEMI), is a venture by ACMI. We believe in the power of family and strengthening its support as it can go a long way in minimising street care and even institutional care. We urge people to come out in big numbers and participate in making FACEMI the voice of the people. It will be launched soon.

Orphaned persons with mental illness (OPMI), is the latest initiative that aims at creating a support system for individuals without families: “Every year, there are thousands of cases where bones, starved bodies, are found since there is no one to take care of the persons with mental illness (PMI) who stay alone after their parents/caretakers pass away. A celebrity who passed away alone was Pravin Babi. Homeless doesn’t mean just a roof, home means a place where there is love, shelter and a support system. The actual homeless are of course subject to risks like abuse and crime on the streets.”

It’s time for a mass movement

Direct stakeholders, like the families, have not come forward to advocate the cause and that is the biggest challenge. Physical disabilities can’t be disguised, whereas it is very easy to camouflage a mental illness. Lack of disclosure reinforces the disability advocacy. Our battle is two pronged – against illness and against Disability due to illness. Legal literacy among families is so low that many do not know the difference between the two; less still that there are two legislations regulating the two. Here

There is a lot that needs to be done, and it’s not possible to that without families who resolve to fight for. Hence  the rationale for FACEMI as a national voice.

When the road gets rocky

You never know when you, your family, or anyone you know, might be in a similar situation. The following points might help in getting through a rough patch:

ACMI visualises a future where persons with mental illness and other psychiatric disorders live in a society that recognises mental health on par with physical health, and extends the same support and understanding. The stigma that is currently attached to the mentally ill should be removed. India can lead the world in creating a new social balance where equitable and fair treatment is available to the marginalised and voiceless persons with mental illness.