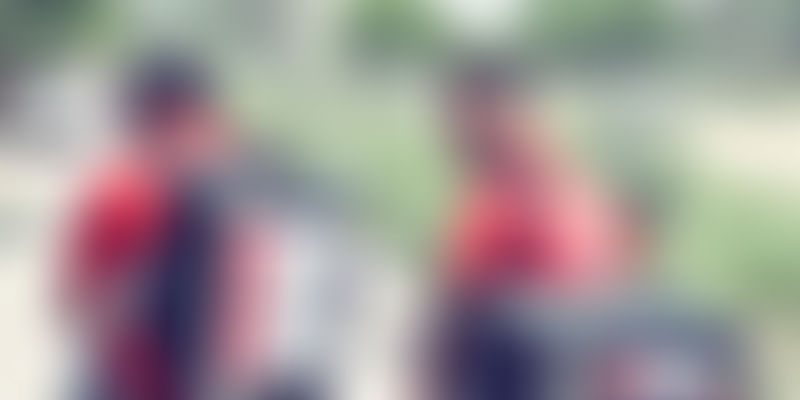 On-demand logistics has seen a slew of activity in India in the last few years. While the spurt of new businesses and delivery models are exhilarating, there are still some unique challenges that businesses are yet to solve. While there are a number of consumer facing apps like Grofers and PepperTap ensuring hyperlocal deliveries in Gurgaon, B2B delivery side has been neglected so far by startups.

Two entrepreneurs - Sudhanshu Aggarwal and Rohan Diwan - seemed to have cracked the code to moving goods seamlessly, cheaply, and most importantly quickly through their business focused delivery platform Quickli. It ensures deliveries on demand (DoD) for Indian businesses through an app push button.

“We are solving a very specific problem that few firms have even tried to tackle. While most startups are focussing on customer acquisition and aggregating demand, Quickli is focusing their time and attention on the needs of the businesses,” says Rohan.

Businesses in Gurgaon can also leverage Quickli’s missed call feature to request delivery. The company charges Rs 15 plus Rs 6 per km. Importantly, Quickly delivers any product in Gurgaon in under one hour (for food it claims to deliver within 15 minutes).

“It has become comparatively easier for businesses to get orders through various online marketplaces and ordering apps but it’s a lot more difficult to get the product from the store to the customer, quickly; so that’s where we come in: helping people deliver stuff at a pace synonyms to our name, Quickli,” says Sudhanshu.

Before launching Quickli, Sudhanshu, an alumnus of University of Pennsylvania, founded

Fizzy Software, a software company which focuses on design, analytics and feedback to build products and solutions. Rohan has a decade of experience in operations, marketing and founded some very successful architectural brands whose clients are most Fortune 500 companies including Google, Apple, Adobe and Shell.

Unlike many startups that have found customers as the quickest path to revenue, Quickli has consciously focused on businesses. The company’s top three use cases include local retailers, restaurant owners, including some who are listed on various online platforms, unable to handle the sudden surges in orders and property managers who need a convenient way to send documents to their clients.

The startup was in development and testing for last four months, is now live in Gurgaon for over two weeks and doing more than 100 deliveries per day and has over 35 paying businesses in a fortnight.

“The response has been overwhelming; we have a huge wait list of businesses who want to use Quickli for all their deliveries. The queries are being generated through a positive word of mouth which is motivating us to scale at a much faster rate than planned,” adds Rohan.

Quickli’s biggest backend technology piece comes in predicting the patterns of demand and laying emphasis on being geographically strategic to make it easier for the company to know where to dispatch its network of assistants.

The more effectively deployed, the easier for the company to guarantee its 15 minute (for food, pharma etc.) pick up window.

“We are learning, optimizing and adapting at a breakneck speed. Our missed call feature is a simple innovation that was born out of need. The local retailers who are not very adept at using technology are using the missed call service for Delivery on Demand, and love the ease of use,” says Sudhanshu.

Quickli currently operates in Gurgaon and employs 40 people. It plans to expand operations to Delhi NCR by next month and to Bangalore and Mumbai within the next sixmonths. Prior to Quickli, Grofers focused on a merchant-facing delivery model but later pivoted to consumer- facing delivery model.

Hyperlocal hasbeen going through an interesting phase and, besides startups, it also drew the attention of biggies like Paytm and Amazon. Over the past two months, hyperlocal ventures have raised more than $60 million from various venture capitalists. Gurgaon-based Grofers snapped up $45 million (in two rounds) while PepperTap secured $12 million in two rounds.

Bengaluru-based Zopnow had already raised a round of funding this month and is in advanced talks to raise another round soon.

With unprecedented growth of eCommerce, logistics startups have been focusing to spruce-up last mile delivery but front end delivery didn’t attract the same level of efforts from delivery focused startups. Also, unlike other hyperlocal, focused startups, Quickli has a focus on the merchants and it’s one of the key USPs of the venture.

Quckli looks to be a promising play from Delhi (NCR) region and it would interesting to watch as it scales and expands its footprint to adjacent NCR region and beyond.