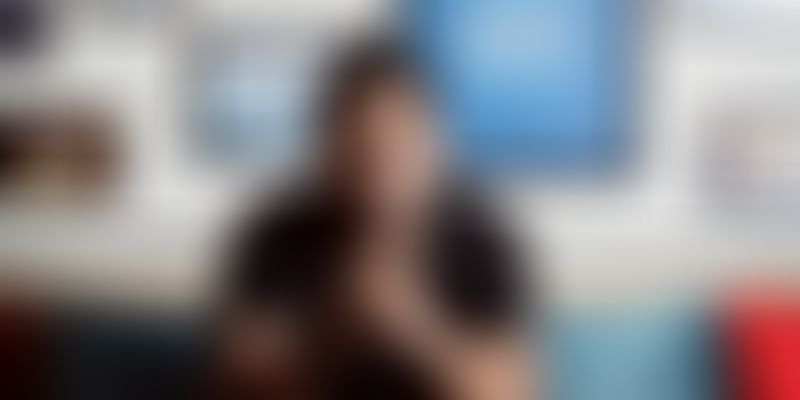 The article has been updated with the final news on the speculation going around in media about Rahul Yadav quitting as the Housing CEO. Update at the end of this post.

In Mumbai for a three day visit, a friend pointed me to Rahul Yadav’s residence in Powai. “Everyone in the startup ecosystem knows this man," this friend who works at a tech startup tells me. Rahul Yadav has been in the driver’s seat of Housing.com, an online real estate company that was started by a bunch of IIT-Bombay graduates in 2012 and has since managed to raise more than $130 million in capital and has been constantly making news for a variety of reasons- from pissing off investors to brute force advertising to law suits with competitors. Curious about knowing the man behind the company, I wrote an email to him asking for an interview and he agreed for a meeting within 12 hours.

Driving from Thane towards Powai, a majority of billboards belong to Housing and their multi-million dollar campaign- ‘Look Up’. Housing already has four offices in Powai and making my way to the Transocean building where Rahul Yadav sits, I was looking forward to an interesting conversation. And that, we had.

(Note: This interview was conducted a day before the news of Rahul’s resignation and the final word is still awaited is now out and updated at the end of this post.)

Housing ads are everywhere. Everywhere. Billboards, TV, Radio, internet, Housing is pumping every channel with ads. Social media has been abuzz with bewilderment at the amount of money Housing has been spending on advertising. “This is normal. You have to build a brand, people have to know about Housing to see what we’ve built! And this is the second phase. We first built the product and didn’t do any marketing! Now, it’s time for showing the world what we’ve built,” says Rahul with an air of confidence.

He’s still peering into his laptop and grimaces at an email he received. He excuses himself to reply and looks a bit disturbed. “Some not so nice things are happening,” he dismisses my probing.

We move towards the premise behind the advertising. End users are not satisfied when it comes to finding a house through the portal. People are asking why Housing is spending so much on ads when it can’t help people find real houses? “The industry is such! We’ll get there. Our current customer satisfaction rate is 25% and in theory, we can only reach to about 70%. We are pretty happy with the 25% rate considering when we started,” he says. Rahul stresses on the challenges of the industry and believes that becoming a marketing leader first is very important and then the growth can be along with the market.

There are crores of properties in Mumbai alone and Housing has only about 10% of the available properties online as of now. “People need to stop hating us. We are building a brand and are working very hard to solve a problem which no one has tackled head on. We don’t guarantee that we’ll get you a house. Finding a house is a problem and we’re trying all our best to solve this,” Rahul adds.

Housing is working on the building more and more supply for which more people need to come on the site and that is the premise for advertising.

“Valuations are all in the air. It’s simple, there is no logic behind them,” says Rahul. Housing has raised around multiple rounds of funding till now and is currently valued at about $250 million. Rahul tells us that the founders have diluted about 70% of the company till now. The rest remains with the co-founders, initial team and ESOPs.

Fund raising hasn’t been a problem for Housing. “There are so many investors willing to put in money, that has never been a problem,” Rahul tells me the obvious. There doesn’t seem to be much logic behind any of the funding and valuations and Rahul agrees to it. Most of it boils down to the entrepreneur’s ability to present a case in which the investors believe.

Rahul also adds that it is possible to build a billion dollar company without raising any funds but it just takes more time. “Raising funds is for lazy people. For people who want to get things done quickly,” says Rahul walking across a large window in his cabin facing the Powai Lake. One can make out the multiple threads going on in his mind. It’s almost like he has allocated a separate space in his mind to talk with this person in the room.

Talking of the ecosystem at large, Rahul doesn’t see many IPOs happening now. “The private markets are huge and I see this continuing for a few years to come. When people can raise $200 million in private markets, why go for an IPO?” he asks.

Rahul agrees that he has a brash attitude. “I’ve always been like this. It was the deans during college and now it is the VCs. It’s just an attitude I have,” he says after some reflection. Indifferent to most of the things, Rahul looks everything from a mathematical lens. Talking of Housing, he pens down a function and says it is all about managing variables. “I’m not attached to any idea or thing. Give me a large enough problem and I’ll do anything to solve it,” he says.

“To build a tremendous brand, we need to best of people and that is not something you can do from Nashik or Rajasthan or somewhere. You have to be in the best of the places with best of the people and that’s why we’re going global,” says Rahul. Housing is setting up office in San Francisco and other places to take the brand global. “In India also, we’re hiring the best. It is tough and we have to put in additional filters but that’s how it is,” he says about hiring. Housing is a 2500 people company at the moment and will soon grow to over 4000. And Rahul says, it has been pretty easy.

“It’s all mathematics, look at the bigger picture. I assign everything certain weightage and change it to see the changes,” he says and also confirms that it works. Housing gets more than 11 million visitors on the website per month and has crossed  a million app downloads. “We’re clearly ahead of all the competitors on all metrics now,” he talks about competition. MagicBricks recently filed a law suit against Housing but Rahul doesn’t really take it seriously.

Rahul is very excited about the scale of the housing problem. He believes that Housing.com can be a much larger company than AirBnB, just looking at the market size. And Housing is just getting started, the team believes they’re just starting to scratch the surface. “We’ve been tackling this problem for a few years and we’ve reached midway. We have gained a lot of insights and have figured out some very basic dynamics on the basis of which we’d be changing the model in the future,” he says.

On food and the future

Drifting from the topic, I ask him about food. Rahul looks outside the window at the lake and says, “Well, food will also change. It is something that hasn’t changed over the last couple of centuries. More and more people are working on computers and are getting tensed about what they eat. It creates stress and is something that is always on the minds. Lifestyles are changing but the food hasn’t. Our generation will be screwed but then we’ll realize and course correct,” he says and Rahul believes this to be the fate with most things on planet earth.

The thought process behind this applies to most of the things and probably also to fate of Housing, on multiple layers. Housing is an ever developing story and we'll update this post once the developments reach a firm conclusion.

In the relatively short period of its existence, Housing has revolutionized the real estate market in India and it continues to lead and disrupt with world class product innovations.

Today the Housing board met, and has been reconstituted to include all main shareholder representatives. After some good conversations the board has reaffirmed its faith in Rahul Yadav's vision at Housing.

Rahul commented that "After some frank and healthy discussions with the Board I have agreed to withdraw my resignation and I apologize for my unacceptable comments about the board members. I look forward to staying on at Housing as CEO and building an even greater company, while working in full harmony with the board".

An employee on the condition of anonymity shared with YourStory this screenshot of the mail that Rahul Yadav sent to the Housing team today.