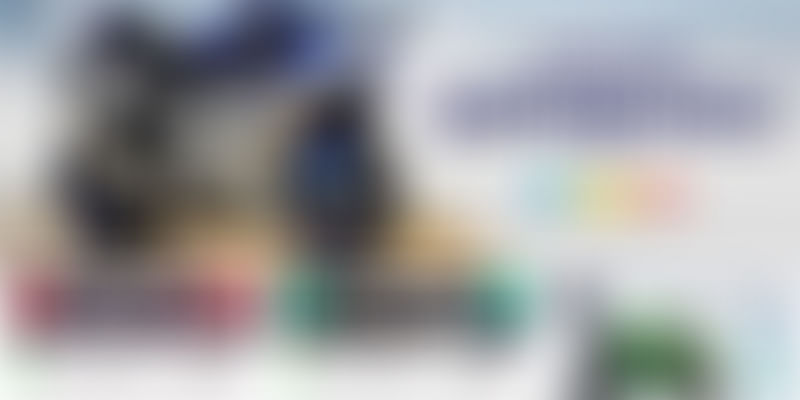 Online auto classifieds has been going through exciting times and, besides veteran players, a new startup - Droom - is attracting sizeable traffic and offering a wide selection of used vehicles (car, bikes, cycles etc.). The Gurgaon-based company has grown at an unprecedented pace over the past five months (See Alexa traffic comparison below).

The company is a brainchild of Sandeep Aggarwal, who earlier Co-Founded horizontal marketplace ShopClues. Droom claims to have a strong founding team with over 75 years of combined experience in FMCG, Internet, technology and e-Commerce.

Currently, the platform has over 4,000 plus used vehicles listed along with 9,000 sellers. It has presence in 15 cities. According to the data available on Droom’s website - it has close to 750K visitors coming every month. In a short span, the company also managed to amass 300K app downloads across Android and iOS platform.

Besides driving vehicle sales, it also allows service providers to showcase and promote their services like washing, maintenance, vacuum cleaning, polish among others. Apart from generic vehicles, the company also deals in vintage car, bikes, superbikes and high-end cars.

Droom has a presence in Singapore, India and Silicon Valley and is backed by leading global venture investors. Unlike existing players, Droom also focuses on ancillary services and is currently monetizing it via advertising.

Explaining the thesis behind launching Droom, Sandeep Aggarwal said in a blogspot traced by YourStory “In India, buying and selling used automobiles experience is completely broken. At Droom, we are focused on building trust, increasing transparency, creating greater selection, and offering pricing advantages for buyers.”

While a mix of product and service e-commerce players has grown amazingly in the past five years, horizontal focused online classifieds has not moved with the same space. On the vertical front, besides real-estate and jobs, auto classifieds has been a promising bet for investors. Over the past 18 months, more than $100 million poured in to the space and it also drew the interest of biggies like the Tata Group.

Unlike India, globally there are plenty of multi-billion dollar companies in USA, China, Australia etc. that work as auto classified web portals. According to a KPMG report, BRIC markets will dominate the global car market in 2020.

The company competes with CarDekho, Carwale, CarTrade along with horizontal classifieds players OLX and Quickr.

One hell of a ride: More than $100 million poured into India’s auto classifieds space

At present the online automobile classifieds space isn’t disrupted like product based e-commerce in India. There are still more opportunities and scope of innovations from new startups in this space. Despite a crowded market (online real-estate), Housing has shown us how to scale and grow faster in a vertical dominated by heavily-funded ventures.