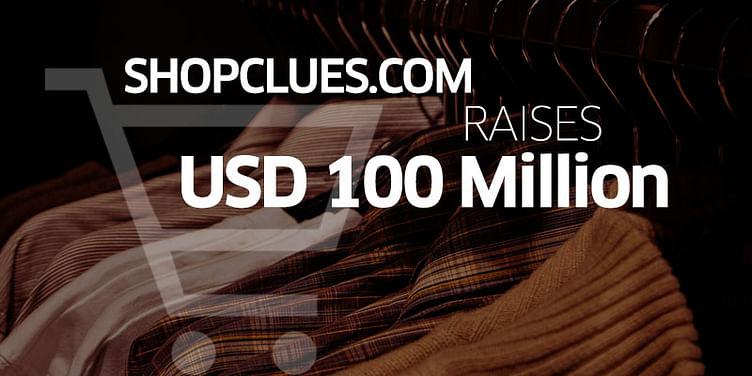 Founded in July 2011 in Silicon Valley, ShopClues.com is a SME marketplace that connects buyers and sellers online. ShopClues claims to ship in over 25k cities across India through thousands of online stores. The company funded by institutional investors, is an Indian subsidiary of Clues Network Inc., a US Corporation, and is based out of Gurgaon. ShopClues had raised an undisclosed amount in previous Angel, A, B and C rounds from investors including Helion Venture Partners and Nexus Venture Partners.

ShopClues.com recently announced that they had raised over $100 million in a Series D. The new round of capital is led by Tiger Global and also saw participation from majority of existing investors.

ShopClues started out in 2011 as India’s first fully managed marketplace, when all other players were inventory led models. ShopClues claims to be doing 1.5 million transactions per month with 70% of them coming from tier 2 & 3 cities and the platform empowers over 1 lakh SMBs.

Shopclues went through a major crisis in 2013 when Sandeep Aggarwal, one of the founders and CEO of the company, was arrested and tried for insider trading in the US. But Radhika Aggarwal, CMO of Shopclues, said, “It did not impact the company much as other four co-founders came together.”

With its self service marketplace platform, seller tools, catalog, payments and marketing services, ShopClues aims to aggregate the highly fragmented, and extremely underpenetrated unstructured categories which are dominated by millions of small sellers.Unlike other marketplaces, which tend to focus on mobile, electronics, computers and branded fashion, ShopClues focuses on unstructured categories which contribute to 2/3rd of its revenues,

Commenting on the capital raise, Sanjay Sethi, CEO & co-founder, ShopClues said that in the next three years they'll be focused on bringing 10 million sellers and 1 billion products to the online domain.

Speaking about the deal, Radhika Ghai Aggarwal, Co-founder, ShopClues commented, "In Tiger Global, we found a strategic partner who showed confidence in our capability to operate the country’s largest marketplace for the masses.The fact that another ace investor has been added to our list of institutional investors is a strong endorsement of our team, strategy and business performance."

Lee Fixel from Tiger Global noted in a statement, "Sanjay, Radhika and the team have done a great job aggregating the country’s largest online catalog of regional and local brands and we are excited to partner with ShopClues as it expands its offerings”

Related read: Major milestones in the Indian e-commerce ecosystem that have led to multi-billion dollar investments