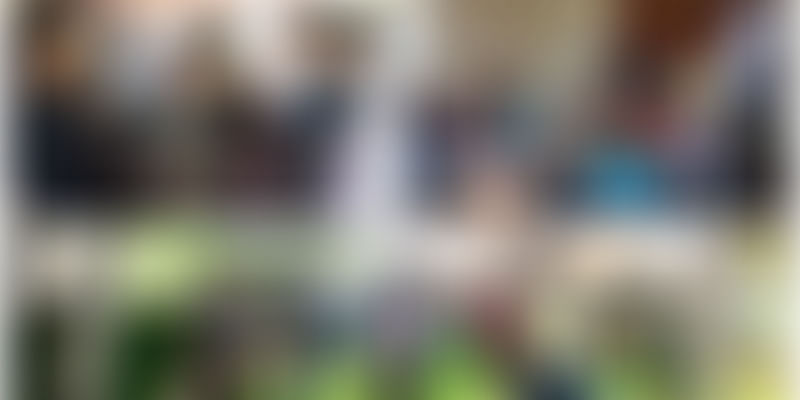 It is a given that organisations look for various digital technological services. These help organisations leverage data to understand customer insights, seek new sources of revenue and even achieve a faster time-to-market. Verbat is one such digital technology company that helps several global small and medium businesses in digital transformation.

A startup that was registered just a few months back, Verbat is very unlike a regular venture. It in fact is a conglomeration of senior IT business professionals and niche digital tech companies from the startup village in Kerala.

Three parts to one core

“While at the startup village, we found that several of these smaller businesses had brilliant ideas but wouldn't be getting enough exposure. This is especially in the B2B space. To help these businesses get better exposure, we decided to get together and start Verbat,” says Jijo Olassa CEO of Verbat.

At this point, an Internet Technology Company based in the Middle East, had a strong base in the region, and was creating cutting edge technology in the digital space. This organisation was one core part of Verbat. The other part of the core was an organisation in Trivandrum, which had a strong development team. The third part was a more creatively focused organisation based out Kochi. “These three, along with senior IT executives, got together to create Verbat to give the best Digital Technology solutions to organisations,” adds Jijo.

According to Jijo, this sets Verbat apart from the other digital technology organisations. He says that Verbat can deliver end-to-end technology services from imagination to interaction. Speaking of the philosophy, Jijo says, “We are thinkers, entrepreneurs, achievers, mentors and are also socially responsible.”

Verbat focusses on delivering Internet and mobile solutions to organisations through application management. The primary enterprise is focussed on open source, cloud, mobile and microsoft.

Citing an example of Cox Motor Group a UK-based car dealership, the team stated that they needed to make their vehicles search-friendly on web and mobile platforms. They were looking for a cost effective model to manage their dynamic data, which was scattered across mediums.

As a solution the Verbat team built a fully manageable content management system and feed management service. They also developed a subscription data model for branches to help easy updates. The team says that Cox was able to reduce the manual data entry work by 90 per cent and also reduced the cost of managing website by 75 per cent.

Today it isn't about the website, Jijo adds, it’s also anything that touches the individual on the digital space. A lot of businesses today are about interacting with the customers. With Verbat the team helps to make that interaction easier. The team is working on a share service model.

Jijo says: “We have taken the following four targets for 2020 for ourselves and that keeps us excited”: