Biofuels turned out to be climate-unfriendly. Will the same be true for organic farming? 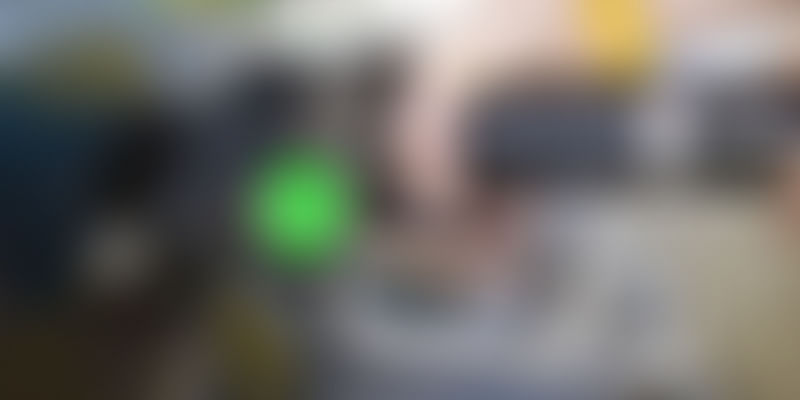 One might remember the biofuel craze of a decade-and-half back when it was thought that this was the panacea for all climate change problems. But as it turned out, there were innumerable studies which cast aspersions on the emphasis of biofuels as an eco-friendly energy alternative.

A 2011 study on palm oil plantations confirmed what activists feared: plantations were causing deforestation and hurting biodiversity. Researchers from the Eidgenössische Technische Hochschule in Zurich and the National University of Singapore looked at oil-palm plantations in peninsular Malaysia, Borneo and Sumatra and discovered that 880,000 hectares of tropical peat land—about six per cent of the total territory — had been converted to palm oil plantations by the early years of the previous decade.

Biodiversity losses ranged from one per cent in Borneo to 12.1 per cent in peninsular Malaysia—equivalent to the extinction of 46 species. Carbon was emitted in the land-use changes as well —some 140 million metric tonnes of carbon were added to the atmosphere through the clearing of existing forests, even as the loss of those peat land forests further reduced the ability of the landscape to sequester carbon. By 2010, a total of 2.3 million hectares of peat swamp forest had been cleared.

In February that year, Wetlands International claimed that between 2005 and 2010, almost 353,000 hectares of peat swamp forests were cleared – a third of Malaysia’s total – largely for palm oil production. Malaysia was mindlessly destroying large areas of carbon-rich peat swamp forests to pander to the obsessive biofuel demand in Europe. The clearing, draining and burning of peat swamp forests was seen to be responsible for about 10 per cent of mankind’s greenhouse gas emissions. The 510,000 hectares of peat lands drained for palm oil production in Malaysia in 2010 alone led directly to the release of 20 million tonnes of carbon dioxide. Biofuels were turning out to be harmful indeed.

Many other reports were released that year – with 2011 marking the end of a decade of biofuels – all of them indicating the dangers that biofuels posed. Biofuels clearly were not green enough.

The problem was not essentially with the concept of biofuels, but the way the world went about it. Haste (in trying to move to an eco-friendly fuel) made a lot of waste. Biofuel producers got certificates regardless of the greenhouse gas (GHG) savings or environmental impact. Moreover, the GHG reporting mechanisms by and large failed to account for land-use changes. The solution became a problem in itself. The world, however, has since moved on to what are described as second-generation biofuels.

Second-generation renewable fuels use biomass comprising residual non-food parts of crops such as stems, leaves and husks, which are left after food crops have been extracted. These use other crops not used for food purposes, such as switch grass or cereals that bear little grain and have more fibre. Other sources include woody biomass of various kinds such as wood chips, or skin and pulp from fruit pressing.

But what was true about the biofuels craze, also be true for organic farming?

A new study by Rodale Institute contends that organic practices could counter the world’s annual carbon dioxide output while producing the same amount of food as conventional farming.

The study says that using “regenerative organic agriculture,” such as low or no-tillage, cover crops and crop rotation, will keep photosynthesised carbondioxide in the soil instead of returning it to the atmosphere. The report concluded that if all cropland were converted to the regenerative model, it would sequester 40 per cent of annual CO2 emissions; changing global pastures to that model would add another 71 per cent, effectively overcompensating for the world’s yearly carbon dioxide emissions.

The researchers looked beyond sustainability, and argued,

“We are at a critical moment in the history of our species. Climate change is a monumental opportunity to change course and move into a future that embraces life, a future bent on encouraging health, a future where clean air and clean water is available to all. In so many ways, a fundamental restructuring of how we cultivate our food is at the heart of this shift. Widespread regenerative organic agriculture will be built on supports that necessarily also support rural livelihoods, strengthen communities and restore health the world over. Regenerative organic agriculture is our best hope for creating a future we all want to live in, and a future our children will be happy to inherit.”

The non-profit Rodale Institute, which researches the best practices of organic agriculture and sharing our findings with farmers and scientists throughout the world, has been working on its own Farm Systems Trial for over 30 years. Its findings are worth looking at, for organic farming is not only climate-friendly and sustainable, it makes just as much economic sense:

For the moment, be assured – organic farming is climate-friendly enough.