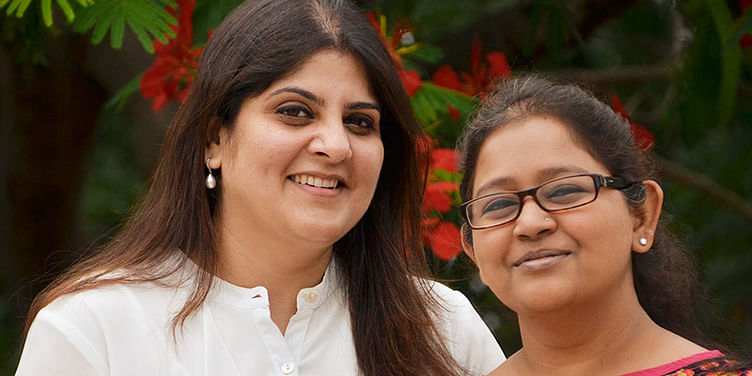 What do two mothers bringing up sons of the same age in a new city do? Think of fun things to do over the weekend or plan holidays or the perfect birthday party. Sounds frivolous and simple? Far from it.

The two mothers, Priyanka Sehgal and Sunena Saigal joined hands to start BuzzingBubs. Both felt that the generic commercial information available from various sources lacked a personal touch and so they continued to hunt for information that could be useful to them. When friends found their research useful and of value they realized that here was a space, which could give a different and refreshing experience to the community of young parents.

BuzzingBubs, is a platform for parents who value the time spent with kids by making it more fun, meaningful and memorable. It gives information about schools/preschools, things to do with kids in the city, health and nutrition advice directly from experts and even curated information about services and products for kids. Recommendations range from the best kid-friendly restaurants, parks, play areas, party venues to service providers in the city.

Though the duo have known each other for sometime, their personal stories are different and interesting.

Priyanka is your typical ‘thair sadam’ (curd-rice, a tamilian dish) loving Tamilian who was born and bred in Mumbai and schooled at The Bombay Scottish School.

Of a creative bent of mind, she was a regular at art classes and competitions. She pursued this passion with a specialization in Interior design and a Bachelor’s Degree in Fine Arts from Sir J. J. School of Art. The latter changed her perspective. “JJ culturally, is a true melting pot- it had students from various walks of life. Before I knew it I had transformed from someone who spoke Hindi with an English accent to speaking fluent Marathi by the end of my five-year course.”

Working as a freelancer, she spent a year in Bengaluru in 2002. It was a turning point according to her, as at the age of 22 she solely handled the design and execution for an independent house in Whitefield travelling from the other end of Bengaluru everyday, and dealing with contractors and labourers.

This experience really shaped my confidence and helped me become independent.

In 2003 she joined Available Light NY for about three years in Mumbai where she had the opportunity to work on projects like Darshan Hiranandani and Kumaramangalam Birla’s residences, to name a few.

Towards the end of 2008 she became a mum. Having freelanced before, she put everything on hold after her first born. Almost a year later her family moved to Bengaluru. Two years after her second child she started BuzzingBubs.“It does get stressful at times but the fact that BuzzingBubs is catering to kids makes up for it,” say the mums in unison.

Priyanka says, “We used to hop from one children’s park to another during weekends – the kids have literally tried and tested every park in Bangalore. Similarly, my husband has test-ridden every cycling trail in Bangalore with the kids. So my field-work is play-time for the kids.”

Other than Priyanka and Sunena, a senior editor and design expert, there is an expert panel comprising of doctors, psychologists, nutritionists and fitness experts on board. There are also more than 25 contributors across various walks of life who contribute for BuzzingBubs regularly.

These mompreneurs have paid special attention to ensue that the site is responsive to mobile devices as more than 60 per cent of their users access content on their phones/tabs. Launched in April 2014, “the response has certainly been positive for us as we continue to grow our reach and offerings to parents,” says Sunena.

Born in Dehradun, Sunena moved to Delhi in 1999 to complete her graduation from Delhi University. Moving from a small town to a big city like Delhi made a big impact on her personality. She spent six years in Delhi.

It armed me with the confidence and the boldness to take on challenges with a positive and almost fearless attitude.

In 1999 while working with InterGlobe Technologies she did a graphic design course. Towards the end of 2005 she got married and from Delhi moved to Bengaluru. She continued her work as a freelance graphic

designer working on several projects with large companies in Bangalore. “The entrepreneurial bug bit me, when I enrolled for a Management Program for Women Entrepreneurs (MPWE) at IIM, Bangalore. The group consisted of women straight out of college to mothers of teens and even some grand mums of 70 years. This was truly inspirational for me to see that these women, irrespective of their age or stages in their life, have the power and determination to pursue their dreams.”As a mother a new phase of life began for Sunena in 2009. She says, “It’s a role you can never perfect as each new day brings with it a new discovery. It can be challenging at times dabbling in the daily activities, school and routine of my child but fortunately with a good support system at home and an encouraging husband, I am able to manage it quite well.”

Startingup was a big challenge for her and she says, “I realised that you will never have all the answers before starting a new venture and sometimes it is best to plunge in and discover through the journey.”

The team works remotely and Sunena and Priyanka communicate constantly via phone.

We meet 1-2 times a week that doubles up as a play date for the children. Collaboration tools like Google Drive and Basecamp have really made running an online business a breeze,

say the mompreneurs. Important decision making is a joint effort and they have broadly split up responsibilities so that Priyanka takes care of Content Strategy and Sunena looks after Business Development for BuzzingBubs.

As entrepreneurs they have their own challenges to overcome, from managing kids and work to understanding the technicalities that come with running a website. Yet, driven by their convictions they keep going.

The two mompreneurs are happy that they got started in a small way and have evolved and taken a new direction since. Priyanka says, “Initially we want to cover the needs of parents in Bangalore in-depth, and prove that the model is absorbing enough.

We certainly will take BuzzingBubs to other major cities in India to cater to the needs of more than 30 million mums and dads online.”