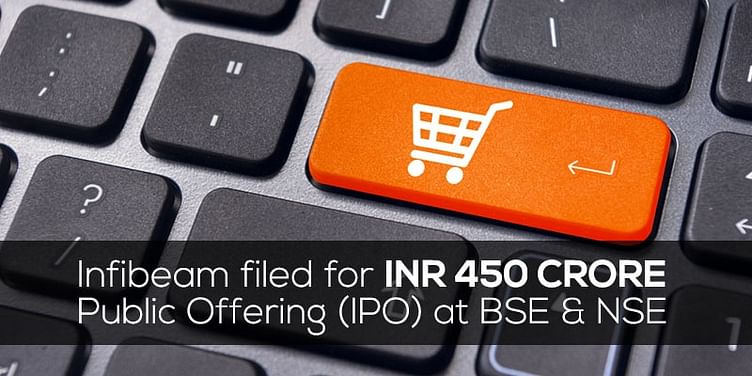 According to YourStory sources, the public issue would see Infibeam and some other executive selling some shares. SBI Capital Markets Ltd., Elara Capital and ICICI and Kotak Mahindra are the book running lead managers to the issue.

YourStory reached to a spokesperson for Infibeam who confirmed the development but refused to comment further.

Since November last year Infibeam has been mulling a possible DRHP filing by March-April this year. However, paperwork took some more time to hit the public market. Importantly, the size of IPO is a bit surprising as Vishal Mehta hinted towards at a Rs 800 to 1,000 crore worth IPO last year.

The brainchild of the ex-Amazon executive, Infibeam has always been a lone traveler. While its other e-commerce rivals such as Flipkart and Snapdeal have raised massive funding rounds, Infibeam has been running on internal funding and has so far kept a low profile.

Infibeam has an annual turnover of about Rs 250 crore.

In November last year, Infibeam launched its .ooo domain business after winning required clearances and license from The Internet Corporation for Assigned Names and Numbers (ICANN). Unlike loss making e-commerce ventures, Infibeam broke even in the last to last fiscal and posted profits for the same fiscal.

Infibeam IPO comes at a time when e-commerce space is going through intense battle. Flipkart, Snapdeal and Amazon are burning a lot of cash to attain leadership position without any focus on break-even and profitability. Experts believe that sanity and correction around valuation and funding for e-commerce companies will prevail when they stage IPOs.

It would be exciting to watch how Infibeam’s IPO fares up in the future. Stay tuned, we’re in digging up and will bring to you more details about this development.