With 7.5K orders, grocery marketplace JiffStore raises follow-up round from Unitus and TIL, to raise Series A soon 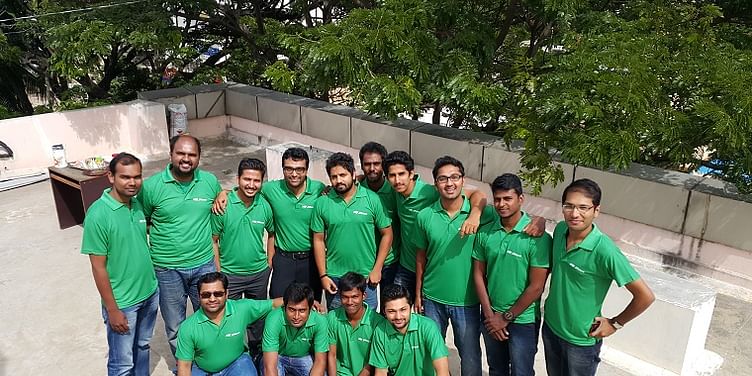 After Grofers, Peppertap, and Zopnow, Bengaluru-based JiffStore has raised a follow-up round from Unitus Seed Fund and Times Internet Limited (TIL).

The raised funds will also be used to expand the company’s network of stores, promote the firm’s services across various marketing channels, hiring and improve the technology platform. JiffStore is also expanding its operations to other cities, including Mumbai, Hyderabad and Delhi.

Like Grofers, customers of JiffStore in Bengaluru now has an option to get grocery items delivered at their doorstep in 90 mins. Launched in October 2013, JiffStore has 120 supermarkets on board with 15,000 registered users in Bengaluru.

Team behind JiffStore and initial days of operation

The brainchild of Shameel Abdulla, Aswin Ram, Satish Basavaraj and Sandeep Sreenath, JifStore is also in advanced talks to raise Series A round. Shameel dropped out of ISB to start JiffStore. He is an engineer and worked with Wipro & EMC. He also started a mobile app development company and successfully ran it for two years before progressing to JiffStore.

Aswin has experience with McKinsey & Co and DHL Express. Earlier, he was heading DHL’s B2B business in Hyderabad, while Satish is an engineer with over six years of experience with EMC Mobile division. He was Innovator of the Year 2010 at EMC and holds four patents.

Sandeep is an alumnus of NIT, Durgapur (Btech) and IIIT B (Mtech). He has experience in leading technology and product management at EMC and Infibeam.com.

After bootstrapping JiffStore for first six months, they got selected by TLabs (Times group incubation centre) in Noida. Shameel says,

This happened as we were selected by Nasscom in their 10,000 startup program. We went to market in October 2013 and in the next six months we grew to 60 stores and 3000 users.

By April 2014, Unitus Seed Fund came on JiffStore’s board with a Seed funding of INR one crore.

JiffStore has the early mover advantage and is the leader in non-inventory based model in Bengaluru. Right from the beginning, the startup followed a zero inventory marketplace model. Aswin points out,

Recently, there has been a lot of players venturing into the grocery online business; many of them follow the same model. But the key differentiator of JiffStore is that we are completely focused on groceries and we understand the intricacies of the grocery business.

The company currently ships 250 orders on a daily basis with an average basket size of Rs 600. With 40 plus members, team JiffStore mainly focuses on mobile apps. Aswin reveals,

Close to 65% of our transaction happens through mobile.

Importantly, JiffStore model is asset light and it doesn’t own any vehicles. The company has commission based revenue model with the stores.

JiffStore competes with Bigbasket, Zopnow, Grofers and Localbanya in Bengaluru. Hyperlocal delivery startups are having a ball in India and over $130 million was poured into these startups by VCs this year so far. Going forward, it would be exciting to watch how hyperlocal space shapes up in the second half of this year.