Magic is beyond your comfort zone - Natalie Di Luccio 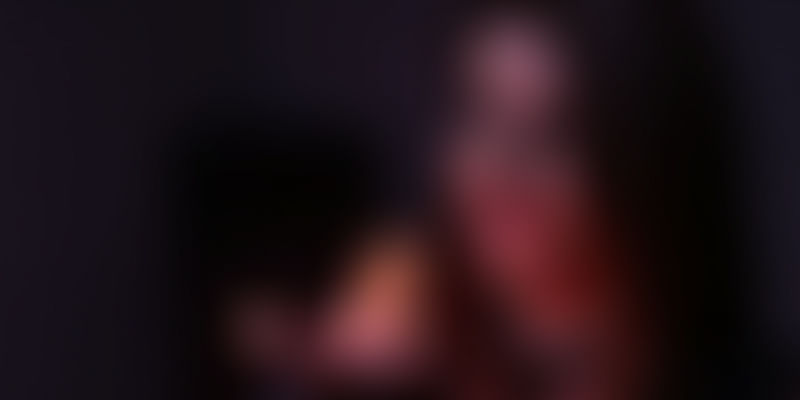 Natalie Di Luccio will never forget April 27th 2012. That’s the day she lost her voice. For a singer nothing could be more catastrophic. What made matters worse is she was sharing the stage with one of the icons of contemporary music, A R Rahman at the NCPA in Mumbai. “I lost my voice when I needed it the most,” says Natalie.

A Canadian girl of Italian descent, Natalie started singing prodigiously when she was just 4. She was unstoppable and her mother decided that it was best to channelize Natalie’s talent and so enrolled her in a music class. By 10, Natalie was confident that she wanted to be a professional singer. She trained in western classical music and went on to study Opera.

So what brought her to India?

It was a MySpace message asking her whether she would collaborate on a fusion act that landed her in India. “I was 18 years old and the experience was something I truly wanted. Having been trained in western classical music, Italian, French and German came naturally to me. However, when I came to India, I was exposed to a whole different world of music.”

Natalie’s first stop in India was Mumbai and she says that she fell in love with the city. Soon, when the project was complete and it was time for her to leave, she was heartbroken. Natalie says her true love will always be Mumbai.

“I didn’t realise then that heartbreak was a blessing in disguise,” she says. After going back to Toronto, she sang a song ‘Tu Jaane Na’ and posted it on YouTube with the hope that the man she loved would listen to it. What happened next was something she never imagined.

The video went viral and clocked close to a million views.

Sitting in my living room in Canada, I could touch everybody in this world with music, to me that is the power of music, says Natalie.

Natalie says that she’s now part Maharashtrian and is truly fond of ‘Sabudana Khichadi.’ And once you’re in ‘aamchi Mumbai’ can Bollywood be far behind? Natalie found herself singing a bit part in the song ‘Navraji Majji,’ for the movie ‘English Vinglish.’

What began as a month long visit extended well beyond. Natalie could not leave Mumbai. . “I love the city and its vibe, when you make a friend here, they are your friend for life,” says Natalie.

But the good times were short lived. Natalie lost her voice in a public performance when she was 23. “I was devastated,” says Natalie.

Heartbroken, she went back to Canada and worked tirelessly for over six months to heal her voice and relearn several things. After intense therapy, Natalie was able to sing, but her confidence took a while to rebuild. Her vocal coach believed in her and encouraged her to go ahead and audition for an Opera in Toronto to help her regain her confidence. While she bagged the role, the same time, she also had an opportunity to come to Chennai. She followed her heart and chose the latter.

Once in Chennai, things started looking up. Natalie soon began working with the bigwigs of the Indian music industry like AR Rahman, Vishal-Shekhar, Sonu Nigam and Amit Trivedi among others.

“I watch a lot of regional films as part of my training but more importantly, living in different cities where a new language is spoken helps tremendously. I’ve already spent time in Ahmedabad, Mumbai, Pune and Chennai. Also while I’m recording, sound engineers and other crew members play a huge role in helping me improve my pronunciations, dialect and other important nuances,” says Natalie.

Having worked with such stalwarts in the industry, there are bound to be favourites. Natalie says that working with AR Rahman instills in you a passion for music. She says that he is so into his art and not distracted, that you simply cannot be uninspired.

Rahman sir, is unbelievably talented and inspiring. He’s so focused on his work, that he has this space he creates not just physically but also mentally, and shuts out the world. He doesn’t care about the glamour, and is always exploring, looking to learn, and reinvent, which is why he is where he is today.

Natalie also admires Amit Trivedi for being someone who loves to step outside boundaries and creates unique things. “There’s something to learn from all of them,” shares Di Luccio, adding that the one person she hasn’t got the opportunity to work with but would love to is Pritam. Natalie adds, “He called me when my voice had given way and I was recovering in Canada. I love his ballads and hope to work with him sometime soon.”

‘More than being a profession, music for me is a way of life’ – Subhadra Desai

Sending you an angel

While Natalie believes that she is truly blessed and has had many ‘guardian angels’ who guided her in her journey, she nevertheless faced ‘foreign gender bias’ as she puts it. “Being a female in this industry isn’t easy, and there is this perception that few have, of foreigners being easy,” adds Natalie.

She further adds that while the industry has this outlook that women need to be necessarily glamorous, Natalie says that is slowly changing. But she’s quick to dismiss off the struggles she faced for a much more positive view of India, a country she says she loves for its spontaneity, vibrancy, and culture of celebration. “I come from a suburb on the outskirts of Toronto where you don’t see people for weeks, so for me this was a whole different experience,” adds Natalie.

She was glad to be a part of the recent TEDx Gateway event because not only did it allow the world to see one more of Natalie Di Luccio’s spectacular performances, it also gave Natalie the opportunity to meet other amazing women leaders.

“I believe the internet has played a big role in exposing people to how things are elsewhere in the world. It’s opened up new avenues and educated women to stand up for equal rights,” adds Natalie.

Journey of self discovery

Natalie truly believes that magic lies beyond your comfort zone. She says that life is a riddle that unravels for everyone in a different way. “For me it is the journey of one song to another,” adds Natalie. Her advice to youngsters who are starting out, “You need to let go of the fear of the unknown, and only then will magic happen.”

While she’s a performer herself, Natalie says she has a fear of public speaking. That is why, she choose to speak at the TEDx event.

But hold on, isn’t she a singer who gives flawless stage performances? “The stage is my home and comfort zone without a doubt but speaking at length for 15 minutes is a challenge even for someone who is comfortable on stage. Singing and Speaking are very different. Words and emotions come naturally with music and it’s the best way I know how to express. While speaking, you are extremely vulnerable, if you lose track of your thoughts you are standing in silence.”

When she was asked to do TEDx Natalie was a little nervous since she knew the expectations of a TED speaker are high. She says: “I thrive off challenges though and I knew I needed to do it for myself and to share my story with others. TEDX helped me break my own boundaries and I’ve learned that anything is possible with hard work.”

This is the age of the internet after all and Natalie’s final words of advice ring true for a lot of youngsters who want to sing a different tune.“A lot of people have a great voice but they just don’t put it out there. With YouTube and dozens of other online channels, there are avenues for anyone to be heard.

I would say, don’t give up and keep putting out music where it can be heard. Also, step out of your comfort zones and look for opportunities. Especially, the ones that exist under your nose which you’ll miss if you’re not open to them.