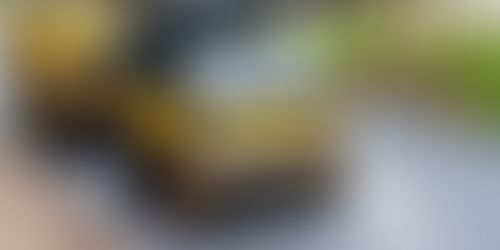 “Tiger Global will invest in everything large,” said Nitin Saluja, Co-founder of Chaayos, over a phone conversation post their $5 million series A round from Tiger Global. Chaayos, a chain of tea outlets, became the first ‘offline’ venture that Tiger Global has invested in. Kalyan Krishnamurthy, Managing Director of Tiger Global, joined Chaayos’ board and he also sits on the board of many other high growth startups from India.Led by Lee Fixel, New York-based Tiger Global made a splash in India by biting off a piece of India’s largest e-commerce player Flipkart. Tiger Global’s Kalyan Krishnamurthy has also served as Flipkart’s interim CFO for more than a year. Tiger is known to make quick and large moves, investing from its $2.5 billion corpus.

Active in India since 2009, Tiger Global has charted out the space and is making big bets. 2015 has been a year filled with activity till now. In five months, it has disclosed investments in more than 17 companies and has participated in rounds which total to about $1 billion. All investments have been of $5 million and more. Here, we look at the entire list:

This is definitely the biggest piece in the growth story. With only about 20% internet penetration and about 10% of the population buying online as of now, India is sitting at the cusp of a huge change. And all investors have of course recognised this. Tiger came in with a piece in Flipkart and has invested in Shopclues as well. Flipkart and Shopclues are both marketplaces. Earlier, Tiger had also invested in Myntra and Lee Fixel had played a role in seeing the Myntra acquisition deal through. Limeroad is another fast growing e-commerce player which is focused only on women shoppers.

Roposo and Limeroad also fall under the broad category of social commerce. NCR-based Roposo pivoted from a gifting site and is now a fashion discovery site for women. Both Roposo and Limeroad understand how women buyers behave online and have their efforts concentrated on making this experience top notch. The early days of e-commerce revealed that women were not very comfortable buying online but that has changed over time. And Tiger’s belief in these two companies showcase the potential of such focused e-commerce companies.

There are merchants, there are marketplaces, there are discovery platforms and then there are enablers which make all e-commerce happen. The Indian e-commerce industry is pegged at $16 billion currently (of which $9 billion is travel bookings) but this figure will go up to $50 billion by 2020 as per estimates.

Alongside, the enablers like logistics players will grow. Delhivery is the biggest player over here (which is backed by Tiger). With a team size of over 5000, Delhivery is delivering more than 90,000 products daily. Delhviery focuses on SME’s while someone like Grofers is front facing. Grofers is a fast growing company instant delivery app which lets people order anything from around them via mobile.

The rise of mobile has been revolutionary in India and services built on mobile have been backed heavily by investors. Grofers is an obvious example. Apart from this, Tiger has invested in News in Shorts which is a mobile app that delivers quick, short news to users. And there’s Ola, India’s Uber, which has rode the e-commerce and mobile wave to its best. Most recently, Tiger also invested in edTech by betting on Vedantu which provides online one-on-one tuitions (and is very good on mobile).

Tiger has also got other sectors covered -- PolicyBazaar is a big bet when it comes to FinTech, MoonFrog Labs in gaming and Culture Machine in entertainment and digital media. In the classifieds space, Tiger has its money on Quikr and with the latest investment in Chaayos and Ather, Tiger has also shown interest in offline (but large) segments.

B2B software is one area which is not talked about a lot in mainstream media because of its ‘un-sexyness’ but there are some global enterprise companies being built from India. This has never been a big focus point for Tiger but with investments in FreshDesk (online customer support solution) and ChargeBee (subscription and recurring billing software).

The above investments have been made in 2015 and it goes to show the amount of ground Tiger Global has covered when it comes to technology in India. Many other global PE and hedge funds have invested in India but Tiger (and perhaps Softbank) have been the most aggressive. And if the current investments are any indication to go by, this is likely to continue for at least a year.