Trainer Jessica Tangelder - There is so much difference to make 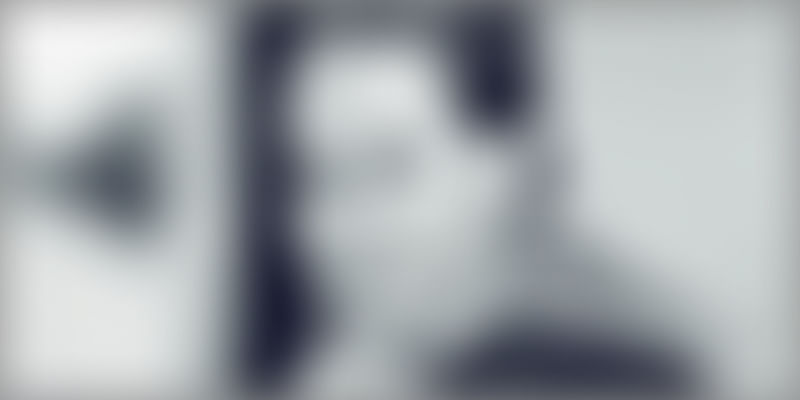 Last week we traced Jessica’s personal journey and promised you some more inputs from her for entrepreneurs.

As part of a co-working space in Amsterdam, Jessica Tangelder observed the loneliness that besets entrepreneurs in the making. “You doubt yourself, you judge others who you think might be ahead of you, a sense of skepticism creeps in and internal blocks appear. This decelerates the speed with which you are moving towards your goal. These thoughts trigger a lack of meaningful interaction among entrepreneurs at the co-working space; conversations tend to be mostly about exchange of names and discussions about the weather.”

This led her to create some interactions around this thought and make some difference in that landscape, instead of complaining about it. To cut a long story short, she started to provide these sessions 20 minutes before lunch.

“It was not a lot of time to invest and anyway people had to get up for lunch. So I got started.”

According to her, entrepreneur’s want to find solutions to problems and challenges of the world but if it does not resonate with their own skills, core values, talents and passion, and what they want to bring to the world then they at some point are likely to hit a burn out and it is short term solution for the self.

Jessica trains and facilitates emerging entrepreneurs and startups in which she focuses on their mindsets. What does this mean? She says, “When your mindset is in place your behaviour will be driven by that and this will ensure effective product or service which will be relevant for the market and in be in sync with what your mind truly wants to achieve.”

In the midst of a bunch of entrepreneurs at a co-work space in Bangalore we find her making a difference with one of her quirky and interesting sessions.

As individuals we all have our knowledge, skill and networks but it is very difficult to tap into that if somebody has it, or we do not know what the network is behind the network, so she has designed some workshops, that facilitate interactions between people that would bring opportunities for both parties and boost their personal development.

Moving between San Francisco, India and Amsterdam and interacting with multiple early entrepreneurs and training them, Jessica has some interesting insights to share. HerStory spoke with her to know more about her experience with entrepreneur’s especially those of the soil.

What is different about the Indian ecosystem?

I have been up and running for one and a half years, and I can confidently say that the bridges that I can make here can make much more of an impact than in my own country.

Entrepreneurs here are wired differently, they are usually more reserved, their circles tend to be smaller, and they don’t always move beyond their circles from, school, college or family.

If you want to go global then you need to move beyond these circles and step beyond your comfort zone where the magic happens. I facilitate this process. And when I compare my sessions in Bangalore with those in Amsterdam, here I literally need to push the entrepreneurs sometimes. Its not because they don’t have the ability, its just that they need to be pushed and then they open up!

What is the missing ingredient?

Everyone has the comfort zone. As an entrepreneur you need to go through the sensations of awkwardness, of uncertainty and feeling vulnerable which is super important. If you are vulnerable and you take the first step then you invite others to do the same and that way you create a safe space or a heaven for people to be open and say—I am stuck or I need help.

The key for an entrepreneur is to be open. I would like people to be open and vulnerable, we all don’t need to be this serial entrepreneur who rules the world!

Reframe the definition of ‘failure’ and let go of what others think of it. The only failure we ‘as entrepreneurs’ know is quitting or not moving forward.

Implementing feedback is a step forward. I became much stronger intrinsically by incorporating it in my life.

I am not sure if encouraging women to be entrepreneurs is a battle against the symptoms of inequality; we most probably should look what the deeper reasons are for this unequal landscape.

It is great when we can be of inspiration and help empower women. However I rather provide them the tools that could be useful for them, rather than anything else.

What I can tell from my own experience that I often feel annoyed by the discourse of men, startups and tech taking over the landscape of entrepreneurship. Often these are super-fit muscle men, from the Bay Area, talking about the their successes in their team comprising mostly of men. What about their journey? What about feeling vulnerable at times? They often share their ‘failure’ experiences, in order to over emphasise them and use it as a story telling anecdote rather than use it to make it sound like a grounded story. Is their journey really that linear? And do we all end up in San Francisco working in tech?

What does it take?

Observe well and always be curious. Approach the world through the eyes of an infant, ask for feedback and avoid letting your ego get in the way. Be selective with the feedback you integrate, use your intuition here to sift through the feedback. Experiment and validate your assumptions.

Meet new people. Work in an environment you feel comfortable in. Work on your ability to have more control over your mindset (your beliefs) and outcome (your behaviour/ actions). This makes you a better person and positively impacts your environment.

Last but not least: enjoy building the plane while flying it! It is all about the journey, its final destination might not exist or is rather boring!