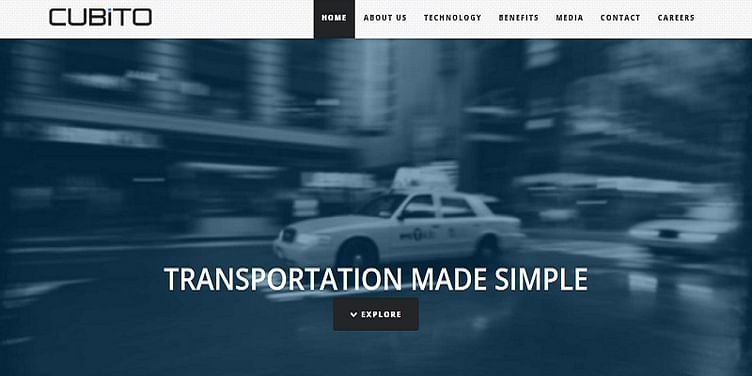 When YourStory last spoke to Cubito it was a cab pooling company, with a focus on the B2C segment. People at the company told us they were looking to facilitate transport at affordable rates. As per the earlier model, Cubito would pool people sharing the same route and arrange a common cab to transport them. Similar to the office cab routes, Cubito, however, would do it in a dynamic way.

In January 2015, the team had pivoted from a B2C business model to a B2B one. Cubito, today, focuses on the transportation logistics sector. Based out of Bengaluru, it aims to automate the transport logistics that are a part of any business. This automation process is done by their ETAT or Employee Transportation Automation Tool.

Speaking of why they made the change, Yash Patodia, Co-founder of Cubito, says that while the demand was high in their earlier B2C model, they faced several issues on the supply of cabs. One evening Co-founders Yash and Pranay discussed the problem and started looking at SaaS in the B2B space.

"Technology was always our forte and after being in the market for about a year we realised the huge potential in B2B SaaS, and forged an action plan. It was a logical pivot. We had rejected acquisition offers and have invested heavily in technology and started serving blue chip enterprises," says Yash.

The tool they built helps compile all employee information geo-codes the same and accordingly allocates transport. This, they add, helps to not only avoid paperwork but also gives other details like real-time tracking and proximity alerts. "A huge percentage of the commodity cost is in logistics and companies spend about Rs7000 per employee per month. Our system ensures rationalisation of the costs, harbours safety, transparency and ensures communication between all the stakeholders," notes Yash.

From a 5.8 per cent growth rate in the B2C model, Cubito has a cumulative growth rate of 21 per cent YOY on this pivoted B2B model. In terms of week-on-week growth, the company sees a rise of 12.8 per cent. The team has added 12 clients to its database and has over 5000 vehicles running across Bengaluru, Delhi, Gurgaon, Mumbai, Pune and Jamshedpur. "There are around 40 pilots we have in our pipeline and growing as we speak," adds Yash.

Yash adds that with this pivot, cabs, too, gain profitability. The systems, he says, caters to every individual stakeholder. They have also secured PAN India partnerships as new distribution channels for the productwith some leading vehicle suppliers. Their vision is to build a brand on focus and transparency, and intend to penetrate diverse sectors and make mobility a simple on-call solution driven by efficiency and automation.

He says they have a proven product, which has been quite successful post implementation with several Indian clients. The team plans to enter South-East Asia in the coming months, develop big data and predictive analysis capabilities, which, it believes, will help in solving transportation problems in Europe and the US.

Cubito isn't the first B2C cab sharing platform that has pivoted. RideInSync too moved to a B2B model. Apart from this YourStory had done another piece on why carpooling would never be mainstream in India. Some of the indicated factors included the emotional investments majority of Indians have in association with owning a vehicle. There also is the issue of trusting the cab driver who comes in to pick you up. While, one might be comfortable using an office cab, sharing one with a bunch of people in an unknown cabbie's car is viewed with scepticism.