Indian startups raised $3.5B funding in the first half of 2015, surpass total number of deals in 2014 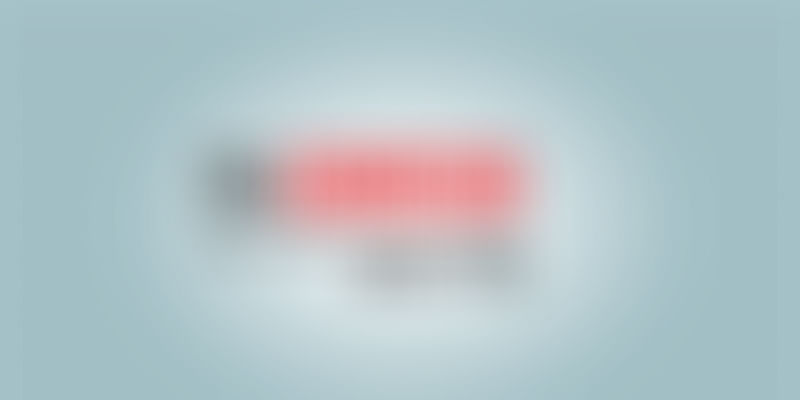 Angel and venture capital funding in India has hit its highest ever mark. Over $3.5 billion has been poured across 380 disclosed deals in the first of half of 2015. The deals in the first half of this year  have surpassed the number of startup deals in 2014.

We are looking at an unprecedented access capital flowing for the mobile-focused Indian Internet startups. According to data compiled by YourStory, startups had raised $1.7 billion in Q1 2015 alone. The number of deals in Q2 2015 has increase by 50% from the previous quarter. In the past two quarters, the ecosystem has attracted savvy investors of the world from Softbank to DST Global. The Indian ecosystem has matured and the promise of an Internet revolution is real – not just multi-billion dollar valuations but also a billion dollar GMV is being built out of India.

Sanat Rao from iSpirt says, “The India consumer sector is coming of age with more than 300 million internet users, and 15-20 million of them transacting online. 2015 is on track to be one of the hottest years for VC funding in the e-commerce/consumer internet space.”

Rutvik Doshi, Director at Inventus Capital, shared with us his perspective how the first half of 2015 has been unprecedented on several accounts with several firsts, and records being broken. These include:

Several new first-time investors doing later stage deals of round sizes which were never seen before.

Large domestic exits - Ola cabs acquiring TFS for $200M and Snapdeal acquiring Freecharge. This is the first time we saw exits of such a scale and size by Indian startups.

Valuation and round size creeping up - The traction benchmarks for series A companies has gone down while round size and valuations have doubled.

All this activity has made entrepreneurship sexy. Our deal flow has quadrupled in the last six to nine months and I am sure it is the same for our peers too.

Emergence of Indian role models - I feel that the aspiration levels of people who have graduated after 2010 are fundamentally different from the pre-2010 batch. I see more young entrepreneurs who dream big. Their role models are no longer Narayana Murthy or Steve Jobs but Sachin Bansal and Bhavish Agarwal.

Anand Daniel, a venture investor from Accel Partners, tells YourStory, “We are very excited about the quality and aggressiveness in the new breed of Indian entrepreneurs who are willing to take on large problems and build strong technology enabled solutions for them. The rate at which some of these startups are scaling is also phenomenal -- traction that used to take 12 months is now happening in 12 weeks -- thanks to the increased mobile penetration and willingness of the Indian consumer to spend online."

A quick look into the past two quarters show fundraising is getting faster: The following startups have raised funding twice within the first half of 2015. Swiggy, PeperTap, Grofers, Simplileran, Lookup, FirstCry, Holachef , Porter, Instalively , UrbanClap and Jugnoo.

Klaas Oskam, MD at Signal Hill told YourStory, “B2C continues to see the large majority of the action in terms of tech VC funding in India. In particular, we have seen a lot of investor interest and action around mobile-first business models, payments, hyperlocal services, food-tech and e-commerce enablers. Activity levels will continue to remain high in the near term. However, we are starting to see the first signs of a modest market correction in the B2C funding environment. On the B2B side, scaled up SaaS and B2B payments businesses continue to see a lot of investor interest. Furthermore, with B2B businesses typically being more capital efficient and valuations more linked to established global comps, we do expect that over the next two quarters as the B2C funding environment starts to moderate a little, the B2B space is likely to gain in relative importance.”

A year or so ago there was a saying that all local investors are sitting on the sidelines and missing the party. But now local investors are deep into the game at early and late stage investing. Though, the fact remains that most of India’s hottest startups today are backed by funds from foreign VCs.

Looking at some of the angel investment, location-based funding trends is mushrooming. For example, in Bengaluru, if you look at Indiranagar area you can get the CommonFloor gang -- Sumit Jain and Gaurav Munjal etc investing. Also Alok Goel and team from FreeCharge. At Koramangala the Flipkart gang led by Sachin and Binny Bansal, Puneet, and Abhishek are also active in the neighborhood. On the other side, you’ll see people like Krishnan and Meena Ganesh active in Whitefield side in Bangalore. In Delhi, you have the likes of Kunal Bansal, Rohit Bansal, Amit Ranjan and Anand Chandrasekaran involved with the local entrepreneurial scene. In Mumbai, it is Zishaan Hayath and his team. We haven’t seen such a trend play out in other cites yet, and wonder if the same will happen in Chennai, Hyderabad, and Pune?

Where is this money going? City-wise breakdown of funding

In the first half of 2015, there were 380 investments made in startups. In terms of publicly disclosed deals, Bengaluru and Delhi-NCR had the highest deals — about 110 deals each in 2015 YTD. Mumbai and Chennai, too, were on the top five startup investment destination list. The Q1 and Q2 funding rain has also touched other cities, including Udupi (2), Udaipur (2), Chandigarh (2) Vizag (1), Cochin (1), Indore (1), Siliguri (1), Thiruvananthapuram (1), Hubli (1) and Goa (1).

If we consider treating startups in Gurgaon, Noida and Delhi as separate entities for number of deals, the top spot will go to Bengaluru followed by Mumbai and Delhi. And in terms of deal volume, startups based in Bengaluru have raised the highest amount.

It is said in China, things happen because of the government. In India, things happen in spite of it. But we shouldn’t discount how all these investor sentiments are directly correlated with the action of the regulators body and government.

Regarding the rise of investor interest and the concerns that could cloud the excitement, corporate lawyer at Dechert LLP Asma Chandani told YourStory, “The appetite from foreign investors for Indian tech startups has never been higher, a fact readily observed in the deal figures from Q1-Q2 2015. Concerns are now surfacing about stiff competition in crowded markets and the ability of startups to successfully scale into Tier 3 cities and beyond. Serious talks about the introduction of GST are welcomed, as GST will deliver a fresh kicker to the startup ecosystem. Hints that TRAI or other market regulators in India will seek to regulate all over-the-top (OTT) players could sound a death knell to India’s startup ecosystem, if they materialize. Foreign investors continue to hope for further rationalization of the FVCI, FDI, and FEMA frameworks that affect their investments.”

Besides raising, are there any exits?

In the past half a decade, exits were rare, and the scene in the Indian ecosystem was dubbed as IPO-less ecosystem. But that will change soon. SEBI is working on an alternative startup funding platform that will provide exit for investors, founders and early employees with stock options. But the recent prominent exits have been via M&A.

“Early stage investors that hold positions in unicorns are increasingly able to achieve partial exits as part of the very large follow-on funding rounds that are happening in these unicorns. On the M&A side, we see activity picking up across the board with the Freecharge-Snapdeal and Taxi for sure-Ola transactions being great examples of M&A transaction sizes that were previously unheard of in the consumer internet space in India,” says Klaas.

Startups need to be aware that M&A/exit in this space is largely driven by 'consolidation' where a well capitalized high-growth company acquires smaller companies in this space. And most of the local M&As exit happen as stock transfer. “In 2014 and 2015 YTD, 90% of exits have been 'domestic' transactions rather than an international company making an acquisition to enter the India market,” adds Sanat Rao.

The rapid growth of the ecosystem means many of the startups are now reaching multi-million dollar valuation mark faster,  and we are looking at startups making moves to raise fresh capital from public market. Infibeam has already issued draft red herring prospectus to raise Rs 450 crore at BSE and NSE. It will be interesting to look at what will this lead to.