While the initiatives and programmes as well as important development of the ministry will be communicated through the Twitter handle “@MoPRInida”, the mobile app “m-asset” can be used by citizens to capture photographs and geographical coordinates of various assets available at Gram Panchayat level.

The mobile app will enable these assets to be seen on a map and will be useful for planning by the Panchayats and the government, the officials said. The ministry said that it plans to incentivise the Panchayats, and citizens who participate actively during the DIW, launched yesterday by Prime Minister Narendra Modi.

The Digital India Week (DIW) seeks to inform, educate and engage citizens about the ongoing initiatives of the government in the area of e-governance. Since Panchayats are the government interface for majority of population of the country living in rural India, the ministry has advised all states and union territories to actively engage Panchayats during the DIW.

World after COVID-19: A letter from a father to his daughter 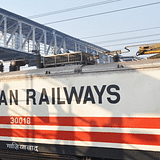 Coronavirus: Practo now has COVID-19 testing kits on its platform, starts with Mumbai

World after COVID-19: A letter from a father to his daughter