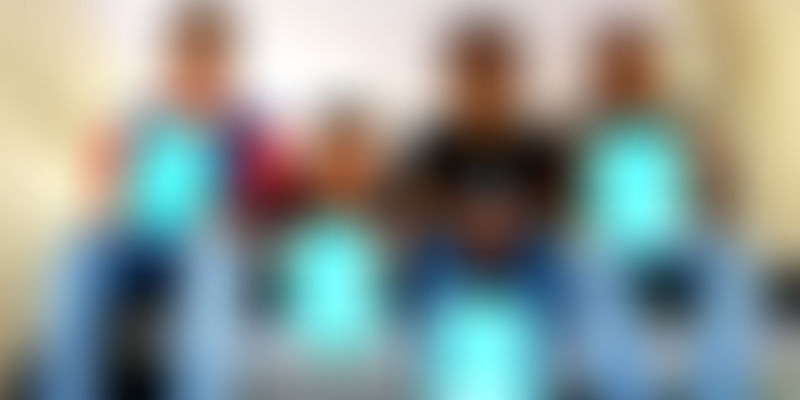 Too many doctors and hospitals untouched by the Internet of Things, too much data that is undocumented, too many patients on the lookout for quality services, too much confusion on the right pricing for services – welcome to the healthcare sector of India, a sector that is ripe for disruption and investment. The Indian healthcare industry's size is expected to touch US$ 160 billion by 2017. However, most of us continue to take references from family and friends to find suitable doctors, hospitals or treatments.

PSTakeCare aims to change that trend by helping the patients discover suitable services using a 3D listing approach, linking doctors, hospitals and services. An example of an use-case would be a patient wanting to undergo a cataract surgery could look up PSTakeCare to find out a combination of the best rated surgeon and the best rated hospital performing cataract surgery at a certain cost.

More about the venture

PSTakeCare wants to be the answer for patients who are searching for healthcare service providers based on the treatment. A patient wanting to undergo cataract surgery will only want doctors and hospitals that specialize in cataract surgery. Given that, a doctor might visit multiple hospitals and a hospital might house a number of doctors within a certain field of specialization, PSTakeCare has made the healthcare services as a point of search rather than a particular doctor or hospital, thus distinguishing itself from platforms like Practo. Also, the platform uses institution-agnostic filtering parameters such as proximity, accreditations, awards, types of medical and non-medical facilities available and empanelment – thus the smallest clinic and the largest hospital are examined using the same lens.

From concept to startup

The company was founded by Pratik Chinchole (Product Development and Strategy), Shirin Shinde (Business Development and Operations), Anup Raaj and Rahil Momin (Technology and Design). While Shirin is a graduate of Institute of Chemical Technology, Mumbai, the rest are from IIT Bombay. Pratik was working with KPMG, performing due diligence in the healthcare insurance space. During that time he had to look for doctors for his brother’s appendix surgery. While conducting research, Pratik realized that each hospital quoted a different amount for the same treatment. Even after the family found a suitable surgeon, hospitals did not offer standard prices for the same process. He realized that most patients knew the treatment they wanted to receive but were confused by the prospect of finding the right source of treatment.

Pratik left his job at KPMG in November,2014. During the same time, Shirin also quit her job at L’Oreal to explore the idea of building a high-quality healthcare service discovery platform. Rahil and Anup, who happened to be Pratik’s juniors at IIT, also liked the idea and joined the company in January, 2015. The beta version of PSTakeCare was launched this year in April covering 65+ hospitals and 130+ doctors around Powai (Mumbai). Some of the features being built include searching for treatments using layman terms – so that patients need not refer to the exact medical term to find a suitable service.

The team is currently based out of an office opposite IIT Bombay and consists of 11 full-time members.

Initially, collecting data was a challenge since doctors are extremely busy, but building a strong team, automating data collection and getting the right doctors on-board helped to ease out the process.

A number of surveys were conducted among customers and doctors to find out the factors that are critical in the decision-making process of a patient. References are the most important criteria a patient uses to zero in on the right hospital/doctor. Reviews were added to the platform accordingly as a feature, so that patients can read those while sifting through the data. Now, the framework is in place, only data collection is needed for the platform to scale to other cities.

Now and the future

Currently, the team is busy conducting territorial marketing campaigns across the city. They have mentioned that the response has been positive so far and they hope to continue the trend.

The website has seen nearly 8,000 visits since its launch and the number is increasing. Patients can even get a free pick-up for going to the hospital once they book their appointments through the site. The team believes that patients will be able to take a well-informed decision by using thisa platform, specially built to be service-centric. PSTakeCare hopes to cater to the whole of Mumbai in the next 4 to 5 months and then will look at expanding to other cities.