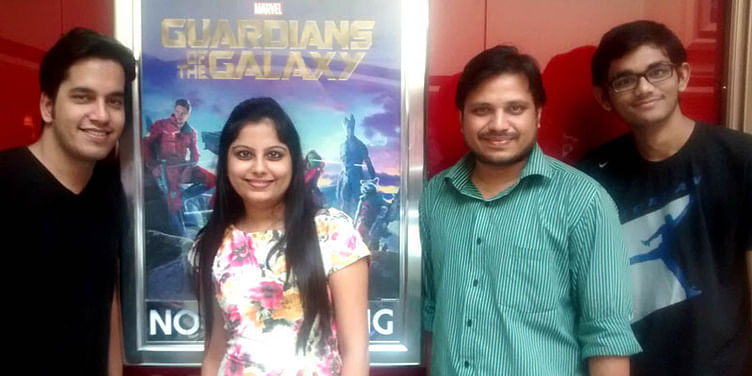 Online shopping is the new buzzword for Indians. We love to buy dresses, shoes, books, electronic good and other products by clicking the mouse. However, we are often stumped by deciding what keywords to put, which category to use, and the list is endless. Nevertheless, in recent times, image recognition AI seems to be buzzing. In very simple and layman terms, image recognition search helps you search an entire online catalogue using an image instead of text.

SnapShopr is one such image search technology that e-commerce giants can use. Founded by Navneet Sharma and Debashish Pattnaik in September 2014, SnapShopr helps online retailers improve their retention and conversion numbers using their image search platform. This in turn helps the end users to find out what they want at the click of a button. “All it takes for an end user is to take the photo of what they like and they have it for instant purchase," says Navneet.

For Navneet, SnapShopr has been his dream. With a Bachelors degree in Mathematics and Masters in CS from VIT University, Navneet founded and headed an AI research group for 18 months, mentored around 40 students in AI, robotics and data science, and continues to be an active advisor at the university.

Navneet declined a job offer from Apple to join their AI team, and instead started working on Snapshopr. He created the popular Facebook group Young Data Scientists and started Snapshopr AI Learnup series in Bengaluru. This is his fourth attempt at a startup. The first three were in college and they all failed to take off, paving the way for SnapShopr.

The idea of SnapShopr was born out of a personal experience. Navneet happened to chance upon a nice dress at a retail store and he wanted to buy it as a birthday gift for his girlfriend. However, the dress was too costly for him. So Navneet began looking for similar dresses on e-commerce sites.

He couldn't find anything similar online using the search tools available on those sites and then it occurred to Navneet that there has to be an easier way to search for visual items like fashion apparel and accessories.

"I discussed this idea with Debashish and a couple of months later in June, 2014, we put together a team to build the solution," says Navneet.

Debashish has a Bachelors degree in CS and has worked with Cognizant for three years and then with a startup in Bengaluru for six months before joining Navneet at Snapshopr, where he leads data science and engineering. For the research aspects of SnapShopr, Navneet approached his friend Vivek, who was brilliant on research onboard. "I told him a simple truth, most of robotics today is dumb not because of hardware but for the software. They need to have a good vision system and that’s where he should focus on to be able to pursue his robotics passion sometime later maybe inside Snapshopr or on his own," says Navneet.

Navneet also got Richa a programmer on board. She brought her experience from Texas Instruments into the organisation. She understood the problem SnapShopr was trying to solve, helped in translating her representative ideas of what women go through while shopping into code. "She continued to support the team even after joining another startup and we owe a lot of our progress as a startup to her," says Navneet.

According to Navneet, one of the biggest problems he faced was that of creating the network. He adds that while he came from a well known college, his entrepreneurial track record wasn't helping him. “I had to do it from scratch. I relied on Facebook to connect with other startup founders and got two of them to become my mentors which has been immensely helpful for us even now," says Navneet.

Navneet believes that SnapShopr is a pure lean startup, which has spent a lot of time experimenting to figure out the right business model. They have a few great early adopters working very closely with the team, which has proven to be tremendously useful for the evolution of their product.

They won at Google App Expo,15 as the Best App Runnerup which was followed by being selected for Google Launchpad Week as one of the top 16 startups, LetsIgnite,15 as one of the top 30 startups and several others like this. All of this improved the team's visibility and kept them motivated.

Navneet says that their differentiation comes from their interdisciplinary approach to solving hard problems using technology, design and psychology. Apart from having one of the top Artificial Intelligence teams around, he claims that they have design, fashion and business expertise among the core team members mentored by experienced entrepreneurs from similar domains.

Their revenue model is based on API usage by their partners. "In a way it's similar to a SaaS model where we have different plans for our customers based on their size and needs. The addressable market is increasing mostly due to the increase in adoption of mobile phones and popularity of m-commerce. Yes, there are some changes in perception when it comes to visual search technology with big names like Flipkart and Pinterest trying to push it into the mainstream," adds Navneet.

Competition and the AI space

"The market in India is actually kind of relatively small for such a product but can be extended if you do a horizontal play. There are only a few major e-commerce companies if you focus on fashion vertical. It's one of the reasons we have built a general purpose technology that can be tuned to work across verticals beyond fashion e-commerce," says Navneet.

While the technology to use images for search seems easy, it is not so for computers. Today, computer vision that replicates the workings of the human eye and brain neural activities is fast picking. Biggies like Facebook, Microsoft and Google are said to be investing heavily and paying much attention to this technology.

"Our mission is to solve searching problem on mobile. What we are addressing now is only a piece of the problem and we think we are in a good position to solve it with the kind of focus and the team that we have. Over the time, we want to get into major application areas of this technology such as autonomous cars, robotics and drones. That's the reason behind the existence of Snapshopr Research as a separate unit for experimentation and testing of ideas in interdisciplinary fields," concludes Navneet.