The 3Ps of why I attend hackathons 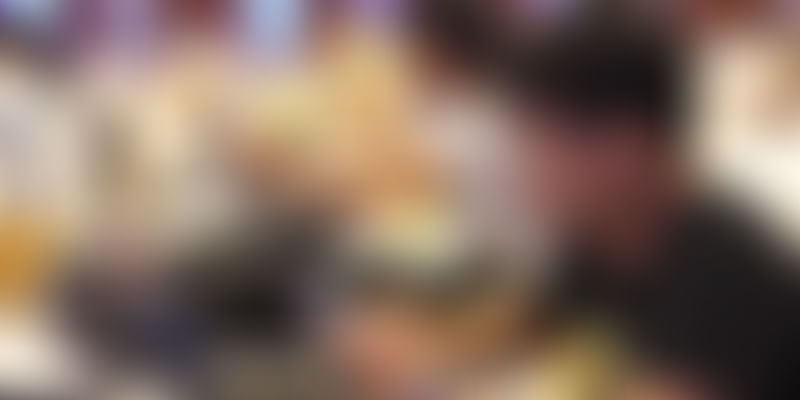 I attended my 25th hackathon at Bengaluru as part of MobileSparks, 2015. Every hackathon is a new experience. There were three different tracks to hack on from various sponsors for the event, and we took the track, Make for India’. I was thinking of hacking alone this time and started working on a very basic app. Then I met a consultant from ThoughtWorks and he was working on a different idea of his own. We then sat together to combine our ideas together into an app.

We wanted to figure out the best app that we could bring out within the 16 hours we were given. After speaking to a few people about the issues they face, we listed out the three that stood out the most: transport, electricity and water. This may not be the same in every city but we were hoping to find a solution for all these problems through a mobile app. Since the government is pushing for a more digital India, we were also thinking of using a government service to make this a useful application.

The idea was to build an app which will improve the awareness and transparency of our system by getting rid of the demarcation between people and politicians. To this end, we built a platform where anyone can list incidents that are happening around their area: a pothole on the road, garbage pileup on the street corners, or disrupted water service. All they needed to do was take a picture, add a description, accord priority for the issue and upload the picture. The app will automatically tag the location and the issue with all the persons responsible. If it was a low priority issue, the issue would be tagged to the councilor of the area. For a medium priority issue, it would be tagged to both the councilor and MLA involved. For a high priority issue, it would be tagged to the Member of Parliament too.

Since the Central government is promoting Swachh Bharat Abhiyan scheme, we wanted to extend our services on that as well. We have enabled this functionality in the app, so that anyone who is responsible for the issue can call for volunteers’ help. A message will be broadcasted through a push notification in that particular area and all the rectified issues will be listed under a separate page. There will be a separate page where one can see the list of issues sorted by area and the official in charge. This way, there will be transparency and accountability. In an indirect way, we hoped to increase the productivity of the bureaucrats and politicians.

This idea may seem very huge for a 16-hour event. We had already lost an hour by then, in ideation. Since we were only two developers, we were looking for a designer, but with little success. My partner was a developer on the backend system and I work on mobile application, which was a good combo for implementing this idea. I have always had a sense of design so decided to test that at this time.

We had two major problems on the technical side while implementing the app. Since all the data that is displayed on the app is location based, we need to use a DB which supports geo-spatial queries. Another issue was getting all the data on the politicians to map it to particular locations.

I had worked on an application previously with geo-spatial queries and the experience came in handy to implement location-based data addition and listing. Regarding the data mapping of politicians, we could not find a proper data set which we could verify. My partner found a way to overcome this problem with a minimal data set. For the event, we scraped some data from a government website and mapped accordingly. Now came the implementation part.

Almost everyone is now holding an Aadhaar card with a Unique Identification Number. But could not figure out a way to integrate it into a mobile app. We then ended up adding social logins from Facebook and Google+ and completed work on almost all the listed features within 10 hours.

At a Google event I attended a few months earlier, which dealt with the Indian mobile market, I came to understand that 250 million mobile users will be added from Tier 2 and 3 cities. As language may be an issue, it was crucial to develop apps that ran on regional languages. We worked into our app a regional language keypad with the help from a development team that was one of the sponsors at the Google event. This would enable the app users to chat in their local language.

Once the localisation service was added we had pretty much accomplished all the features. We then prepared our presentation with a video demonstrating the app. We did not win but I was happy we had accomplished something.

If you are wondering about our output, the complete mobile app code is out on Github here.

Hackathons are not about winning, but more about learning from your mistakes.

It may serve fellow hackers to keep the following in mind:

I still remember the first hackathon conducted by Microsoft that I attended three years ago. It held the Guinness record for maximum participation at a coding festival. I have won a lot of events since, but more than that, I have been able to build a good network of people: developers and designers. Bengaluru is the ideal city for a person like me to thrive. The three reasons I attend hackathons are:

Networking is a far more desired outcome I can get out of a hackathon than winning any prize money. I have a huge list of contacts of developers, designers, product managers and executives around. Most of them have really been helpful even after the event.

I love taking on challenges. I was never this way before, but hackathons have helped me yearn for challenges and gets my adrenaline flowing.

This should not be the primary reason for you to attend an hackathon, but it is still a great motivator, especially if you are hacking as a team. It is like building a human tower to snatch the hanging cash bag.

Karthikeyan NG is the Founder and CTO at Look Mobility. He is a Web/Mobile/IoT apps consultant, traveller, technology enthusiast blogger. Contact him at karthik [at] lookmobility [dot] com)