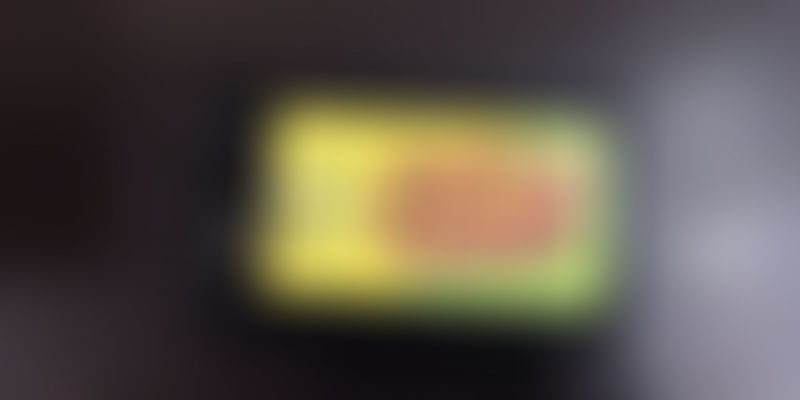 Ashish Agarwal launched Apex Comnet in 2008. But he could not have picked a timelier year than 2015 for the launch of its flagship product, the Earthquake Alarm, as we are still reeling from the devastating after-effects of the Nepal earthquake.

An innocent query from his daughter set Ashish towards developing the Earthquake Alarm. “She asked me what would happen to us if an earthquake struck in the middle of the night,” remembers Ashish. Having launched right after the Nepal earthquake, even though the gadget was in production well before the catastrophe, he is busy raising awareness before beginning the selling process.

“The product may or may not sell in quantities expected. We already have our regular line of business to fall back on,” says Ashish, adding, “I believe in strong growth of this product, since everyone is now aware that their houses are not earthquake-resistant. It all depends on marketing. India has seen big earthquakes and I feel that this product can definitely save lives.”

The regular line of business, since Apex Comnet caters mostly to Defence clientele, is hush hush. “I primarily deal with DRDO labs involved in communication. I also deal with Special Forces, Army and MARCOS of the Indian Navy. We are mainly into military business and represent a few US-based companies in India in the field of military tech. I cannot give more information on this due to the nature of our work,” says Ashish.

Being a software engineer with special focus on electronics, Ashish comes across new military technology every day and spends a lot of time thinking of ways to adapt it for commercial use. “All commercial tech, in a way, came from the military. Design and functional usage are more important than technology. Once the product is accepted by the masses it can later be tweaked as per user feedback and improved with the latest tech,” he says, relaying his hopes for the future of the Earthquake Alarm.

The product might sound novel, and to some extent unfeasible, in the Indian market but Ashish insists it is not so

around the world. “When I was in school in Dehradun, I volunteered to go to Uttarkashi back in 1991 when earthquake struck the area, to distribute relief material. So I saw the devastation first hand. These products are already known and used in earthquake-prone countries like Taiwan and Japan. But you never when and where the next earthquake will strike. In my own lifetime, I think I must have seen at least five major earthquakes in India,” he says.

Not just the Earthquake Alarm, Ashish is keen to explore the security devices sector in India. He says, “I am a little too paranoid about IP and ideas getting stolen or copied. Patent laws are still not very strong in India and the Indian market is still not mature like the US. A few years down, there is going to be more technology that helps control things with one’s smartphone. But the adoption is going to be slower in India as compared to the developed countries mainly due to price. I have been seeing app-controlled locks for a long time now but they are still expensive. There are also a lot of app-controlled toys which are still expensive. There is a huge potential for such devices in India if someone were to mass manufacture it and keep the prices low.”

Ashish adds, “I don’t have much funds to spend a lot on marketing. So as the volumes grow I would like to work with a VC to scale this up in terms of marketing and bringing in newer products in this domain. I have already identified the newer products.”

Apex Comnet is bootstrapped from Ashish’s personal savings. It is based out of Agra for now and is a small outfit. Ashish says, “My business is very small. I am either travelling or in my office handling customer requests and POs. I am not leading a sales team. I have representatives in key cities like Bengaluru and Hyderabad. Good talent has left Agra for bigger cities so they are hard to come by here. It is very difficult to find a person who can technically evaluate the customer requirements, make tenders, etc. For the earthquake alarm I would only need some people for shipping and warehouse operations.”

Ashish grew up in the idyllic town of Dehradun, where he recalls a happy childhood. A family dispute forced him to move to Agra to set up shop. “Initially we lived in a very small duplex with just one bedroom. I utilised the upper part as my office. Later we moved to a 3BHK and I rented a proper office. The initial days were tough as I diverted most of the funds into buying our home. I used to be on tour most of the time, but now things have settled down somewhat and I don’t have to travel that much. I was also trying to focus on too many things. Now I am focused on a limited number of products on which I am sure of quality and price.”

Ashish has not had any mentors. “Rather my best advice comes from the Harvard Business School videos on YouTube,” he supplies. How India embraces a product like the Earthquake Alarm remains to be seen, but his startup’s future is not banking on that product alone. “I am inspired by Make in India and am in talks with the government about setting up a factory. But the details are highly confidential and nothing more can be divulged at this point.”

Ashish has had a difficult time in establishing Apex Comnet, but is determined to stick to his vision of mainstreaming military technology for consumer use. And he has a word of advice for fellow startups who want to take the road less travelled. “Don’t reinvent the wheel. There are already 10 people doing that every day. Look around you. You will see and notice everyday problems and if you have the insight you would probably come out with a solution and make a living out of it.”