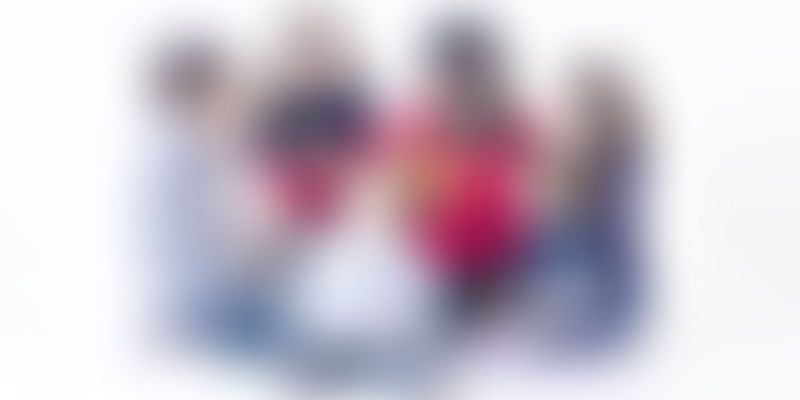 The Thirsty Crow; Hare and Tortoise, and Monkey and Cap Seller. These are all stories

In order to eliminate barriers between the storyteller and listener, Prakash Dantuluri, a successful filmmaker and an award-winning artist started Bulbul.

As a successful storyteller, Prakash knows the different challenges that creative people face. He adds that many storytellers see technology as a barrier. "On one hand, you have these wonderful international apps and on the other hand you have these poorly-produced local apps for kids," says Prakash.

Looking at these different problems, Prakash came up with the idea of ‘Bulbul Apps Library.'

It took a considerable amount of time to build the technology platform. He then found

hundreds of enthusiastic artists willing to work on the platform to make their stories reach kids. "We have always had the app capability built into the team. The easiest part was the library app. The end result was a great library app for kids with beautifully illustrated stories by artists from all over the world," says Prakash.

Prakash says that when Bulbul Apps first started out as Fabula in 2011, it was a storytelling platform. Krishna Nimmagadda, a serial entrepreneur from the valley, saw a different angle to it and wanted to use it exclusively for creating stories for kids.

"As the key person who conceived and made Fabula, I helped Krishna in shaping up the story and library format. In an unexpected twist in the journey, I ended up joining

Krishna full time as a creative officer and then took over full responsibility as the CEO," says Prakash.

Weeding out the problems

However, creating a platform of storytelling for kids is easier said than done. Prakash says that creating a culture that respects and empathises with children both within the

organisation and with the stakeholders was a difficult proposition.

He adds that in a world wired for 'weekly growth’ and 'number of downloads,' staying in for the long haul and not getting distracted was a difficult task. There was huge pressure from the investors and partners to push for the numbers. But the core team believed in building credibility with artists, trust with parents and a loving relationship with the kids.

Prakash says they have a scalable model as they have resorted to a crowdsourcing approach.

While the team has several revenue models in place, Prakash adds that they are all currently at the nascent stage. "We are working with several device manufacturers, side loading, operators, preschools and retailers to push the library app. We are listening to

feedback and are quite confident of finding the sweet spot," he adds.

Prakash says that India has 310 million kids who are under the age of eight, with over 100 million of them, hungry for content, getting their hands on a smart device in the next two to three years. The team intends to release the app in six other languages - Urdu, Hindi, Telugu, Tamil, Bengali and Gujarati. It also plans to include rhymes, learning, activities, and Indian mythology in its offering.

Currently, the team claims that it is among the top apps in India and Jordon. The app has over 50,000 downloads till date and has a 4.2 star rating on Google Play. The app is pretty educative and fun to use; the illustrations are fun and interactive. As the app has stories from different storytellers, it brings in a wide range of stories, be it the ever-classic Grimm Brothers, prince tales, folklore or animal fables.