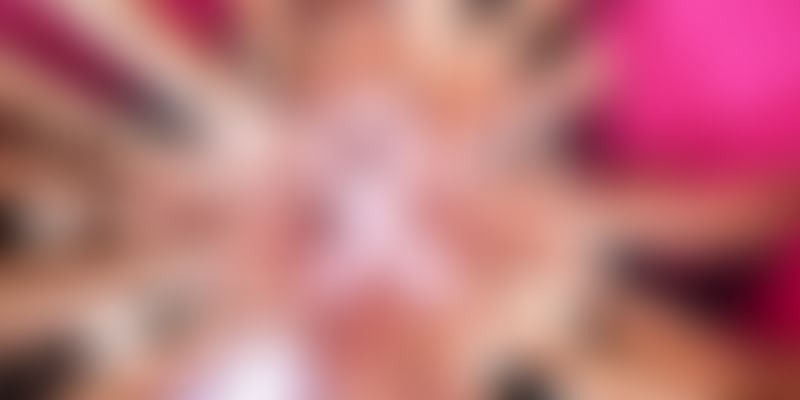 The story of 17-year old Priti who overcame all odds and ploughed ahead with life after losing an eye in her battle with cancer is now included in a film festival on cancer survivors. “This year we would be creating a film festival with the videos of the cancer survivor that we receive. These videos will be judged by a jury from the film fraternity and the best ones will be selected for the festival,” says Dinesh Madhavan, Director – Healthcare Services, HealthCare Global Enterprises Ltd (HCG).

Self V Film Festival, a one-of-a-kind celebration for cancer survivors was started by HCG – the Specialist in Cancer Care along with Pink Hope – a cancer support group. All cancer survivors need to shoot a 60 second video showcasing the story of their struggle and conquest over cancer. “The stories will be aired across India as a part of the ‘Self-V Film Festival’ in PVR theatres across Mumbai, Bangalore, Kolkata, Chennai, Ahmedabad, Hubli, in 92 auditoriums,” says Madhavan.

The campaign has already received about 100 videos from India and 50 videos from across the world like Kenya, South Africa, Tanzania, Nigeria and Zimbabwe. “We not only need to fight for ourselves but for the loved ones as well. One of the purposes of sharing my story is that I find lots of cancer patients in the hospital who require help in terms of counseling. Such a disease takes a lot from you not only physically and mentally but emotionally as well,” says Sidharth Ghosh, a cancer survivor and last year’s winner. Ghosh was detected a rare type of cancer in the right kidney.

As a part of this campaign, a ride with the Harley Owners Group of Bangalore was also organized. 70 Harley Davidson bike riders participated to support the cause. The ride was flagged off at HCG in July in Bangalore and the bikers rode to Chikballapur. Post the ride, a teaser film was created to capture the essence of cancer survivor, courage and triumph. The film has already crossed 38000 views on YouTube.

India contributes 7.8 percent to the world cancer cases. 2.8 million cases of cancer is registered annually and there is an increase of 1.1 million every year and the number of deaths is half a million. “The need of the hour is awareness and prevention. Cancer cases are in rise and with an increase in number of patients every year in India, doctors stresses on the importance of an early detection in cancer and that any symptoms detected early should not be neglected,” says Shylaja Prabhakar, Coordinator, Pink Hope- the Cancer Support Group.

This particular campaign to commemorate the survivors of cancer was started last year on Cancer Survivors Day celebrated on June 7, 2015. The campaign won the Limca Book of Records for being first cancer survivors to take self-videos. “This campaign is not only to install confidence to those who are battling cancers, by sharing these stories of hope and accomplishment, but also to inspire the millions with positivity which provides a ray of hope that cancer can be conquered,” says Madhavan.

The last day of uploading is August 31 and the best Self V videos will not only make to the film festival but also win awards ranging from Mahindra Jeep, International Holidays, smart phone and designer merchandise. Apart from the festival, there will also be the launch of a cancer survivors book that will capture stories of hope and triumph and thus help in breaking the stigma around cancer.

Rural Health Care, a social entreprise born out of the entrepreneur’s battle with cancer