With ethnic wear, Chennai-based CBazaar brings in the big bucks by dressing up the Indian diaspora 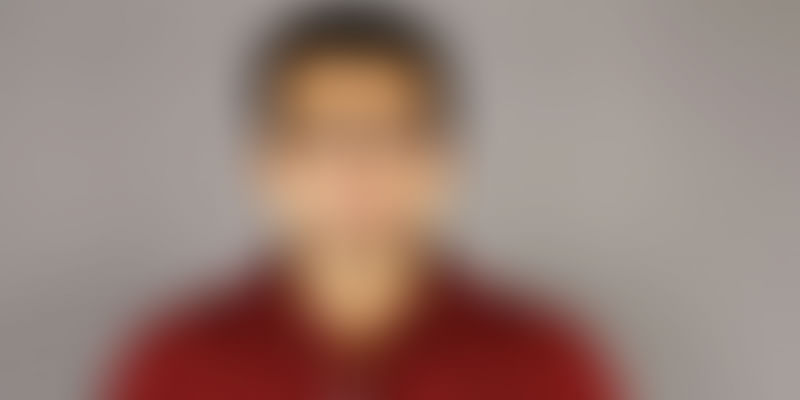 The genesis of CBazaar traces back to 1998, when it was known as ChennaiBazaar.com and selling groceries and vegetables for the Chennai market. But the business model faced numorous challenges in terms of low margins as logistics and use of mobile phones had not picked up at that time. In the middle of 1999, ChennaiBazaar was restructured into a gifting platform for the Indian Diaspora.

Cbazaar, was the first e-commerce company to sell sarees online in the year 2000. That's when we realised that there was a demand for ethnic clothing among global Indians.

From the year 2004, Rajesh decided to focus on the e-commerce business for Indian ethnic fashion globally and Chennaibazaar.com was rechristened as Cbazaar.com. And in 2005, gifting gave way to ethnic clothing for Indians living abroad.

The whole idea took off when Rajesh Nahar, Ritesh Kataria and one of their co-founders met at an evening MBA classroom programme in Chennai and discovered their mutual interest in the internet. They started their venture with a focus on the western market because they believed that people from Chennai who are living away from their homeland would choose to buy online.

By the end of 2001, Rajesh moved to UK to do some bit of spadework and understand the attitude of Indian diaspora regarding online purchases. They then developed alliances with South Asian run shops to display their company's catalogue.

The company was launched completely on bootstrapped funds with an initial capital of Rs 12 lakh. With a strong legacy of 10 years, CBazaar today offers 25,000 plus design options that can be shipped anywhere across the world.

CBazaar started with a team of 10 people and has grown to a team of over 350 talented fashion designers, dressmakers, programmers, designers, customer engagement executives, etc.

The company is known fundamentally for the merchandise it sells in the international markets. With over one lakh customer base across 188 countries, Cbazaar is looking to consolidate the brand as a one-stop shop for all ethnic fashion needs and script a success story for representing India-made fashion.

In the last five years, CBazaar has been growing at a CAGR of 60 per cent. Its average order size is about Rs 13,000. The company has built a strong supplier base of 450 vendors across the country, which includes top designers, brands, retailers and village artisans at the grassroots level.

We had no option to raise external capital and so we always focussed on being profitable and scaling the business. We were seeing a three to five per cent PAT during 2005.

CBazaar offers exclusive designs which are created by an in-house design team, with expert craftsmen doing the embroidery in Kolkata. The company is noted forthe customisation of garments and over 3,000 new designs are added every day.

Rajesh says as they source directly from the manufacturers, customers get cost benefit of 10 to 30 per cent.

In 2007, CBazaar acquired HomeIndia.com, a shopping website that offers the largest range of ethnic wedding Indian clothing. The acquisition helped Cbazaar diversify and create a wider fashion portfolio, including exclusive high-end bridal apparel, and resulted in the company setting up a fashion factory.

CBaazar’s focus for the next couple of years would be western markets as it plans to promote the rich textile heritage of India and build a global brand image for Indian wear.

It is also looking to associate with designers, like Ritu Kumar, who are working on revival projects with artisans to bring lesser-known fabric to the mainstream. Moreover, the government's ‘Make in India’ interventions have garnered a huge demand for Indian fabrics in the West.

As high-street western outfits have been making inroads in the country to serve cosmopolitan lifestyle of patrons, Indian ethnic wear is sought after in western countries, as there are not many standalone ethnic retail stores to cater to the Indian occasions.

Building the category of Indian ethnic wear makes more economic sense in the western countries. There is huge potential that is waiting to be tapped. This will also translate into building global brand equity for Indian textiles.

In November 2014, the company received Rs. 50 Crore private equity funding from Forum Synergies. Other investors include Inventus Capital and Ojas Venture. This round of funding valued Cbazaar at about Rs 150 crore.

Rajesh says that 90 per cent of their revenue comes from overseas market, owing to the Indian government's massive Make-In-India campaign in the western countries.

When it comes to Indian market, a significant part of their sales comes from fashion styles based on current Bollywood fashion. There is a huge demand for ethnic clothing worn by actors and actresses in Bollywood movies and Indian soaps.

Lehengas, anarkalis and the bridal trousseau have been our top sellers. We can see a lot of traction with fusion wear that address the cosmopolitan lifestyle. Festivals like Diwali and Eid are our biggest money-generating periods.

Word-of-mouth publicity, massive digital campaigns and fashion partnership with Bollywood movies in western countries give a fillip to the monthly page views on a continuous basis.

The international ethnic wear market is estimated to be over Rs 15,000 crore in size and Cbazaar is betting big on this prospect with a whole new brand journey ahead.

With approximately 25 million Indians staying overseas and earning an average income of about USD 40,000 to USD 50,000 annually, we are looking to expand our footprint in newer markets such as Mauritius, South Africa, Australia, Middle-East and South-East Asian nations.

CBazaar predicts the revenue to touch Rs 100 crore this fiscal year. The company has been growing at 100 per cent year-on-year and over the next few years, it is expected to grow 200-300 per cent.

While sharing his inspirational message to today's youth who want to enter into the world of entrepreneurship, Rajesh says, "Know your reasons for being an entrepreneur. Be risk-averse and choose your co-founders wisely. Focus only on the objectives and not the obstacles. Spend 90 per cent of your time focusing on the opportunities of today and tomorrow, rather than the problems of yesterday.

According to the India Retailing website, the Indian diaspora market for ethnic fashion is about $13,100 million in 2013, and is expected to have grown, and continue to grow, at a CAGR of eight percent to reach $19,600 million in 2018.

To understand the reach of aforementioned startups, we have compared their traffic on Alexa.

Going by above Alexa representation, Utsav Fashion has a strong reach but Cbazaar’s penetration is growing with fast pace while Indianroots looks to be consistent (not moved much) as far as reach is concerned.

While Utsav Fashion had turnover of 100 crore in 2013, Indianroots and Cbazaar expect to cross 100 crore mark turnover by the end of this fiscal. Unlike domestic e-commerce market, India diaspora focused companies usually have big average ticket size (over INR 5K) and this help them to have better unit economics.

According to the government data over 23 million Indians reside outside of the country and they have more purchasing power (given their income) than domestic residents. Of late, Utsav Fashion, Cbazaar and Indianroots have been focusing on Canadian, US and the UK market, however major chunk of India also reside in Australia, middle east (UAE, Oman etc.).

These countries have great potential for ethnic focused fashion ventures and in future it would be interesting to see how these companies fare up in newer markets. Stay tuned for more updates in this pace.

PS: Alexa representation is just for understanding reach of these companies

With inputs from Jai Vardhan.