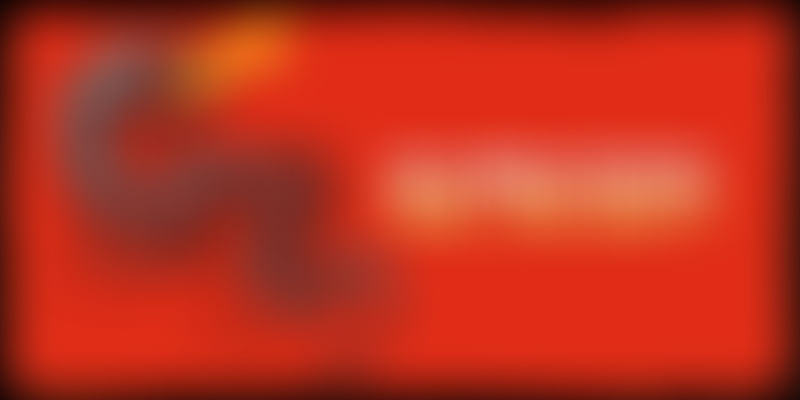 The global economy -- from China to the US and every country in between -- has just been through the wringer. The Indian stock market crash on Monday was the biggest in seven years; the rupee tumbled to a two-year low. Bloomberg stated that $5 trillion in investor wealth has been wiped out across the world in the past two weeks.

All this sounds scary, but how is all this relevant to the Indian startup world? Will your chances of raising funds get affected, will your startup’s valuation be impacted?

We spoke to a number of stakeholders in the Indian startup ecosystem to find that out. But first why did this upheaval happen? All hands point to China.

The Telegraph of UK has a good, if slightly hysterical, account of what happened. In short, the following events led to the Monday morning stock markets bloodbath.

China's Shanghai Composite index rose 150% between June 2014 and June 2015, mostly fueled by small investors investing borrowed money. The Chinese authorities grew concerned and began putting restrictions, which resulted in a free fall. The government panicked and took several steps to prop up the markets, which eventually did not work. In any case, the Chinese economy was slowing and the air was coming out of the property bubble (yes, it is not only the Americans who are good at property bubbles). Then China went and devalued its currency, not once but thrice in a week, giving several shocks to the global stock and commodity markets. China’s desire to make the Renminbi a reserve currency is one of the reasons for the devaluation.

We are still seeing the aftereffects, though markets seem to be rallying as we write. So we come back to the question, will the entrepreneur out on his fund-raising rounds in India get affected?

The answer is yes and no, unfortunately (for a view from the US startup world read the detailed post by Mark Suster of Upfront Ventures).

This is because most investors are taking a wait and watch approach and ‘sentiment’ plays a big role in the area of startup investments. “People could take a pause to see how it plays out. Hopefully, they will recognise that India is an attractive market and continue to invest,” says Bharati Jacob, Founder-Partner at early stage investment firm Seedfund. She says even in 2008, when the crisis was prolonged, investments re-started after a pause of a few months.

This view is echoed by Sumit Jain, Co-founder of CommonFloor. “In my view, the market is driven more by sentiment than pure number play.Yes, we expect the market to stay flat for some time as it’s undergoing consolidation,” he says.

Vinod Murali, Managing Director at InnoVen Capital India, a provider of venture debt, says this phase will hopefully ensure that the bar becomes higher for further investments. “In the recent past there has been a sudden surge of interest from other pockets of the world which may ease up now leading to round sizes getting rationalised but should also result in companies living within their means and becoming more efficient with a track to profitability which will result in strong, long-term success stories,” he says.

In a tweet on Tuesday, Nikesh Arora, Vice Chairman of Softbank that has backed companies like Snapdeal, Ola and Housing, said:

Time for entrepreneurs to strap down, don't waste cash, not going to be as abundantly available as before. Build advantage, focus.

He later tweeted, “Animated conversations on where from here. Hoping for a new normal, could settle lot lower-will watch 4 (for) gems. Nd (Need) sanity in priv8 (private) valuations.”

This is what investors across the early to growth stage spectrum seem to be thinking. This has been a record year for startup funding. There were over 380 disclosed deals in the first half of 2015, compared to 304 in 2014. In 2014, investors pumped in $5.2 billion, while this year investors have already poured in over $6.4 billion, according to our data. What these absolute numbers do not show is that even some less-than-year-old businesses have raised a few millions already, valuations have been galloping and there has been talk of startups shopping around for higher valuations and bidding wars breaking out.

This economic turbulence could help weed out non-serious entrepreneurs and startups that do not have a strong foundation. If the economic uncertainty continues, some of the investors could stay away from investments for a longer period. With relatively fewer investors willing to put in money, valuations could become more reasonable from an investor’s point of view.

“A softening of valuation was already expected,” says Aashish Bhinde, Executive Director (digital media and technology) at financial services firm Avendus Capital. Aashish, last year’s top paid i-banker in India, admits there is some anxiousness. “The rapid capital raises by Flipkart, Snapdeal, Ola and others have created a positive sentiment. Will this win over the negative sentiment created by the markets? We will have to see.”

The consensus, however, seems to be that India is on a strong wicket compared to all the other economies and so remains an attractive destination for capital. Ashish also differentiates between investors who have taken a long-term view on India and those who are still evaluating.

VCs in India and the likes of Alibaba and Softbank who are invested in India will not change their views.

There is also a sense that the startup world has gone through this phase of downturn before and weathered the storm. “We partner with companies for the long-term...Having been in the technology space since 1998, I have seen several upturns and downturns [including downturns (2000, 2008) and upturns (1998, 2005, 2010)]. My learning is the investors and founders need to always be building real high-quality market leaders that uncover real pain points, spend economically and build value,” says Dev Khare, Managing Director of Lightspeed Ventures India.

Also, India’s startup movement has gained significant momentum and is much better established now than it was even a few years ago.

There is disruption in ideas and innovation in India and investor community backing startups is getting broad-based, including VC funds, angels and HNIs and hence, in my view, there should not be any immediate repercussions/impact,

Foreign investors too seem positive. Teruhide Sato, Founder of Japan-based investment fund Beenos, which has invested in Indian companies like Shopclues, Citrus Pay, KartRocket, and BuyHatke among other firms, says there could be some more cautious atmosphere in the startup investments in the short-term.

But I think overall long-term momentum surrounding the startup ecosystem will continue to be supportive. After China's growth, where could be the fastest growing Internet market? I think it is India anyway.

He also points towards the fact that companies like Airbnb and Uber were started in 2008 and 2009, around the Lehman Shock.

So what does this mean finally for startups. It all depends on what happens in the next few days. If markets rally and it seems like this turbulence is passing then there is not much to worry. But if there are more shocks and it looks like China is definitely slowing down and the mandarins there are unable to correct it, then there will be trouble ahead.

- If you are raising funds right now, then expect a longer fund raising time-frame.

- Fewer investors might be willing to write a cheque. The willing ones could put pressure on valuation.

- If you are raising growth capital investment and were planning to go to hedge funds, they might not be too interested. Hedge funds, depending on their market exposure, would have been affected.

- If you have recently raised capital, conserve the funds and focus on strengthening the business. The next round of funding might not be this easy.