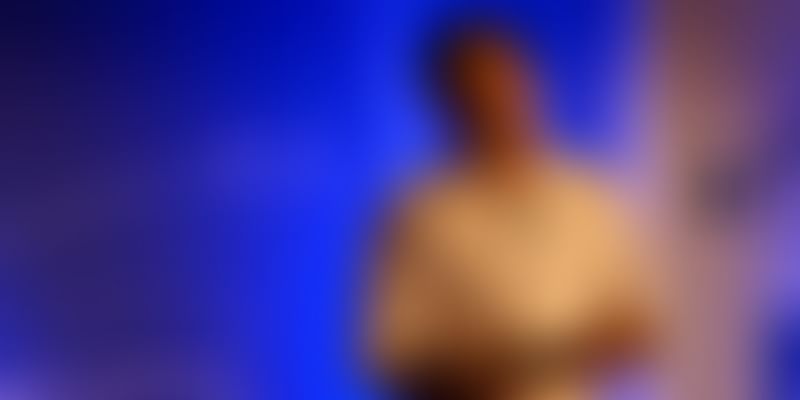 Ankit Rawal thinks that merely blurred lines separate culture, content, and commerce now, defining the looming shift in consumer patterns. At YourStory’s MobileSparks 2015, Ankit, General Manager for India, InMobi, the mobile ad network, described how this generation is the architect of a new economy, pioneering the next wave in the virtual market place. In fact, the next two waves, simultaneously.

While we have already embarked upon a mobile-first age that flanks the boom in m-commerce, another wave in the virtual market place is already gaining girth- ‘d-commerce’, that is, ‘discovery commerce’. “We are shouldering a great responsibility in this new wave,as we have to put the user at the centre and pitch our products around him,” he says.

There has been an obvious explosion in mobile apps and content on the internet. While conceptualising an app, one mustn’t take lightly the excessive clutter that already exists as competition.

This clutter can be largely classified into the two categories:apps that offer you monitored and controlled experiences like Facebook, Google, and Twitter, are ‘wall gardens’, as Ankit terms it. But 80 percent of the apps on a user’s phone are, in fact, the untracked and uncontrollable experiences, which are ‘wildgarden’apps.

Since the algorithms to examine this activity in the mobile-first age haven’t been fully developed, ‘discovery’ of relevant content for a user, in the face of this content-explosion, is largely broken. And in an emerging economy like India where the popularity of mobile-driven commerce is growing by leaps and bounds, the ‘wild garden’ must be tamed and tapped into.

The blurred lines between commerce, culture, community and content

The way a consumer sifts through his content on the internet has been largely decentralised. Rather than compartmentalisation of content under slabs like ‘news’, ‘entertainment’, and ‘shopping’ etc., one may find oneself consuming all categories simultaneously.

A Game of Thrones fan, while participating in a discussion on the show on its online community, may stumble upon a link to a feature on his favorite character shared by someone, and while he’s at it, mayclick on an ad to buy fan merchandise. This is how the above four categories become unified.

“When you look at a particular product or service now, there are so many narratives you can build around it,” Ankit observes, saying this marks the core of d-commerce - a term coined by the people over at InMobi. While e-commerce and m-commerce both indicate a very planned and intentional shopping experience, where a consumer goes with a set agenda and destination, d-commerce focuses on making a consumer stumble upon content, products and services that he would possibly make spot decisions to consume. “Like serendipity”, says Rawal. “You didn’t intend to shop when you started browsing, but you end up doing so,” he adds.

This entails upping the game of tracking consumer interests, and devising very specialised algorithms that will delve into not just the consumers’ previous shopping activity, but ones that go a step ahead andanalyse this information to deduce their likes, dislikes, and personalities, in order to predict their needs, and give them targeted and customised services as a result.  It is all about powering those moments that induce a consumer to shop.

An observation about the Indian consumer is his nature of putting off a task until the very last minute. Terming our economy as an essentially “last minute’ one, Ankit says one tends to procrastinate a buy until the “point of inspiration and transaction, that collapse in the last few minutes, when it comes to everything – right from products and services, to content and videos.”

He adds procrastination can be catered to by everything, right from instant noodles, to a tax-assistant. Making shopping experience and products align to personas and interests, and using the technology provided by mobiles to drive this change at scale, will contribute to the next big wave in commerce.