How technology will disrupt the financial sector in the future 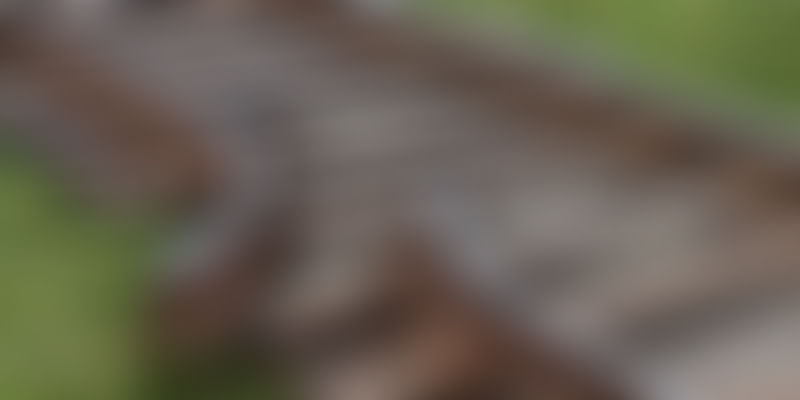 In the annual letter to JPMorgan’s shareholders this April, President and CEO Jamie Dimon alerted, “Silicon Valley is coming.” The recent global investment trends and his statement both are a testimony to the fact that the finance industry is all set to be disrupted by technology. Needless to say, in all the fintech battles, consumers stand to win from all sides.

While access to relevant information about financial products is becoming more common, the focus will now be shifting to technologies enhancing convenience of transacting from anywhere, as well as security.

Biometric verification implies usage of one or more distinguishing biological traits to uniquely identify a person. The most common identifiers include fingerprints, retina patterns and voice waves. What has been the most alluring about biometrics is its application in securing financial transactions, since biometric identifiers are hard to fake.

Despite immense R&D, biometrics hasn’t picked up big time in consumer applications in the financial sector. However, with more advancements in wearable devices, it seems like a lucrative bet. Companies, world-over, are working on authenticating payments using one’s fingerprints, heart rate and retina. With wearable devices such as smart watches, fitness bands and connected glasses, implementation has become much easier and more convenient for users.

One example of this is the world’s first biometrically authenticated, wearable device, which will enable, secure and authenticate credit card payments using a person’s heartbeat. This has been launched by MasterCard in association with Nymi and TD Bank Group. The wearable device, known as The Nymi Band, identifies and validates a user based on his/her unique heartbeat (electrocardiogram patterns) through their proprietary technology. The band is integrated with NFC technology which will communicate with any modern POS terminal which accepts Tap & Pay. Though in its very early stages, this solution could be the key to payment via smart-watches, thereby reducing friction as well as fraud.

Internet of Things (IoT) refers to a network of wirelessly connected smart devices that communicate with each other. According to popular belief, the financial sector has very less to do with IoT, but truth couldn’t be further away from it.

Insurance is where IoT can make the biggest impact. While the concept of telematics is already in application for car insurance, it can easily be extended to cover health and property insurance. For example, a fitness band measuring one’s vital parameters, on detecting erratic heart rate or a serious health hazard, can immediately modify one’s health insurance to suit the present situation in the best possible manner. In a similar way, smart household appliances can impact property insurance claims.

Another example could be in retail spending, where payment instruments communicate with consumer electronics. If a refrigerator detects low count of fruits, it can automatically place an order at a grocery store and transact using one’s credit/debit card or wallet.

A combination of the above, along with data analytics, heuristics and predictive technologies, will pave way to seamless transactions and a much more personalised payment experience. Payment, as a process, will become an inherent part of everyday ‘things’ around, rather than being explicit, with every touch point equipped with handling transactions.

Currency is nothing but a system for exchanging value using a common denominator. Latest technological advancements have given birth to digital currency like Bitcoin, which has taken the payments world by a storm. It is nowhere near to dislodging any traditional currency in the immediate future, but it is one of the most powerful innovations in fintech that has the potential to disrupt global finance. It is a new form of currency for the digital age that does not involve third-party institutions, or any fees, and can be transferred online and managed easily via digital wallets. The digital currency revolution, if and when it happens, will slash financial fees all across, make payment processors obsolete as computers and algorithms do the job, and create huge spending and earning opportunities for people who currently do not hold a bank account. The key benefit lies in the way payments are processed and transactions finalised. Where a credit card settlement takes few days and 2-3 per cent of transaction fees, a Bitcoin transaction could be settled in minutes with no fees involved, as all records are maintained in a non-personally identifiable public ledger. Although facets such as security and volatility are still a concern for its adoption, it is a decent beginning that only has the potential to grow further.

At present, technology is disrupting financial industry by giving individuals better access to information, enabling them to borrow, invest and transfer money at lower rates and reducing friction and improving the overall experience. However, we can imagine the future not to be less than a Sci-Fi movie! In years to come, the financial industry will undergo complete metamorphoses. With every devise turning into a POS machine and digital currency blurring geographical boundaries, we will witness a new payment landscape. All financial services will blend into the physical world in ways that are unimaginable now, but which will become commonplace characters of our environment in the future.