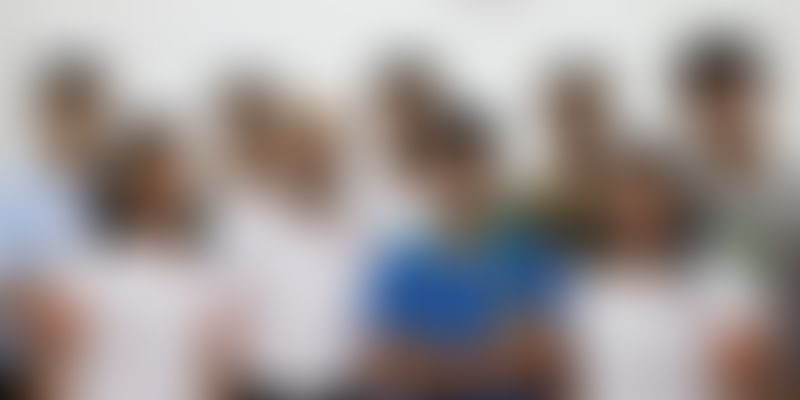 In order to make transactions easier for offline vendors, Sanjeev Chadhak came up with the idea of ftcash. One day, Sanjeev was ordering vegetables from a street vendor via phone. As the vendor was busy, he asked him to send the order via WhatsApp. To his pleasant surprise, the vegetables were delivered at Sanjeev's house while he was at office, and the transaction was quite smooth.

However, the problem began at the time of payment . "The vendor had to send someone when I was at home to collect the payment. That’s when I thought there should be a way to pay electronically even to small merchants," says Sanjeev. It was then that ftcash was established to empower micro merchants to easily engage with their customers. It is a mobile platform that allows offline retailers to accept mobile payments, advertise and reward customers.

Sanjeev says that while the e-commerce space is growing at a rapid pace, it still accounts to only one percent of the total retail sales. "With ftcash, we hope to enable the remaining 99 per cent of the retail sales," says Sanjeev. Most of our transactions with the smaller offline vendors, like the milkman or vegetable vendors, are still offline.

Also Read: Keep your wallets at home and go cashless with Momoe

Working with vendors and customers

He adds that ftcash makes transacting with an offline retailer enjoyable and eliminates all cash payments to these neighbourhood merchants or service providers. Customers can receive a bill as well as pay remotely using their mobile phones. "The merchants can also do hyper-local promotions using this platform and offer rewards to their loyal customers," says Sanjeev.

The company provides a simple, cost-effective way to get on the digital platform. Merchants can be discovered in the neighbourhood by customers, offer hyper-local promotions and also receive payments electronically/ remotely. This increases their reach immensely.

Sanjeev worked as the deputy CFO of Deutsche Bank, India before he decided to start ftcash. Deepak Kothari, the co-founder, was working with Grant Thornton before joining Sanjeev. The duo began their initial journey in 2014 and spent over three months in discussions, field surveys, interactions with customers and merchants.

Getting the processes fixed

"It was interesting in the beginning as we had to explain what the product would do without even a prototype, to gauge customer and merchant reaction. For these micro merchants, it was an uphill battle to explain the concept. As the product took shape and we started showing a demo to people, it gained acceptance on both sides," says Sanjeev.

The team, however, was sure of the idea as during its interactions with the merchants, the members realised that even the smaller ones were looking to use technology for their business. However, they didn’t have a composite product available at their disposal.

Sanjeev adds that as the product was new from the merchant’s perspective, adoption takes its time. These merchants have been doing business the same way for decades and are slow to change. However, the team believes that once the early adopters in these segments make the switch, others will join the bandwagon.

Also Read: The end of cash, and how to boost e-transactions

The platform was launched in June and is operating out of Powai, Mumbai and intends to expand to other areas of Mumbai soon. The company has over 150 merchants on the platform and has already done more than Rs 10 lakh worth of transactions.

ftcash receives revenue from a cut of the transaction fees from the merchant. In addition, merchants would pay ftcash when they offer promotions to the customers. In addition to this, the team believes that the network will allow for multiple other sources of revenue at scale.

"The target merchant segments have really started taking to technology in the last 12-18 months. Five years ago, a smartphone was only used by the elite but now small merchants all own them and use applications like WhatsApp actively to promote their business. Customer perception is changing and they all want convenience. They would rather pay a vegetable vendor sitting in their office than at their door on Sunday morning," adds Sanjeev.

The team believes that the market in India is rapidly progressing as the small merchants are taking to technology in a big way in order to grow. The team says that ftcash can partner with these merchants and help them grow.

"We are growing rapidly and will have over 2,000 merchants on the platform by March 2016. We will solve a major issue that micro merchants face in the country. Our vision is to enable neighbourhood merchants to compete with online players and provide the same level of convenience to customers, if not more," says Sanjeev.