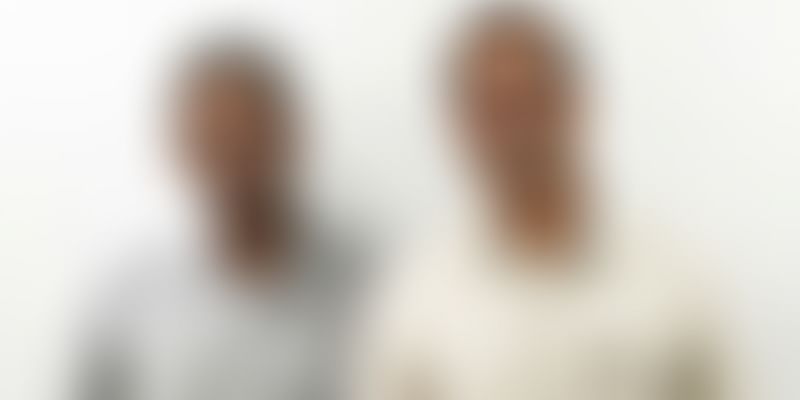 Madhu Das, 47, a management lecturer in Bengaluru, travels to IIM Tiruchirapalli, almost every other week. When she leaves her house, she has only one thought on her mind – her incapacitated mother. Her mother, who is 71years-old, has had two brain surgeries in the last five years. The most recent one was done six months ago. Though she recovered phenomenally well in the weeks after the operation, Madhu could not leave her alone without a nurse.

Her past experiences with nurses had not been great either. “Oh God! With the previous agency, six nurses changed hands in three months, and that wasn’t what I wanted my mother to experience in her condition. It is traumatic getting used to one nurse and then suddenly having to get used to another. I needed something better,” said Madhu.

She was unhappy about the situation till her brother stumbled upon Goodhands Eldercare. The Bengaluru-based startup, founded by Manu Raman and Dileep Ashoka, has everything needed for senior care on its platform. It is an online platform that works as a facilitated marketplace for various suppliers of medical and non-medical products and services that are required for seniors.

Both Dileep and Manu have known each other for a long while. They, coincidentally, decided at the same time to do something socially impactful.

“When we looked at life around us, we realised that though old people were living longer, a lot of focus was given to children and young adults. Not too much attention was given to senior care and elders, so we decided to take it up and make some kind of a difference to the world,” said Manu, who was one of the founding members of Mu Sigma, a big data analytics company.

Dileep has spent over 20 years in marketing and communications, and has also taught learning skills in schools like Rishi Valley School, in Karnataka.

What problems do Goodhands solve?

According to Dileep, there are two major problems in India. Firstly, there is a conflict of dreams versus duty that is prevalent among young adults.

“Young adults have dreams and ambitions, but they also have a sense of duty towards their aging parents, and want to be responsible for them. Is there something that will allow them to pursue their dreams, while seamlessly taking care of the duty aspect? Goodhands acts like a surrogate child to the parents, and dependable cousin to the child,” said Dileep.

The second problem, according to him, is that of paycheck versus purpose. The theory behind this is that adults rarely find emotional satisfaction in their jobs, and there is a need for well-paid employment options in the care-giving space.

“We are making sure we can generate employment in this sector, because some people just want jobs that make them feel good about themselves,” he added.

What services do they offer?

The platform gives customers access to a comprehensive basket of services that cover all aspects of well-being – physical, emotional and mental.

Some of the non-emergency services available are at-location healthcare services, delivery of home-cooked food, transportation services, counseling services, and social and hobby networks.

The also provide emergency services that help plan and address emergencies when they happen. Planning includes deciding on hospitals, doctors, arranging medical records, listing emergency contacts, and so on.

“When an emergency takes place, our emergency care coordinator gets to the venue and makes sure the execution of the previously fleshed out plan takes place smoothly. They also make sure children and loved ones get real-time updates through the mobile app,” said Manu.

They say that they follow a hybrid high-tech, high-touch model. Old people want to connect with people on a one-on-one basis, so high-touch; and children want quick, easy, and convenient methods to monitor adults anytime anywhere, which is only possible with technology, so high-tech.

“Ever since I shifted to Goodhands, things are good; plus they are professional and empathetic. I think it’s a novel idea, especially for children who don’t stay with their parents. The concept is new and elder-friendly. I’ve spoken to the Founders and I think I am going to sign up for their annual membership,” added Madhu.

Goodhands, which was launched only in Bengaluru three months ago, has about 19-20 suppliers of different products and services, and has enabled 150-200 engagements on its platform. They also have 70 active memberships, which is projected to increase at a rate of 30-50 memberships per month.

A glimpse into the future

According to an industry report, the elder care industry in the US is USD 400 billion, and has been well funded for many years. In India, the industry is at USD 3 billion, and is growing at a rate of 20 percent CAGR. Also, it is reported that there will be more than 300 million seniors in India by the year 2050, and services like these will cater to that growing population.

“Also we are adding more and more suppliers and categories of products based on what our clients want from us,” said Dileep.

By the end of the year, the startup plans to amass at least 1,000 clients in the city, and is preparing to expand into other cities by 2016.