Manjit Singh Hoonjan walks his love for the City of Joy 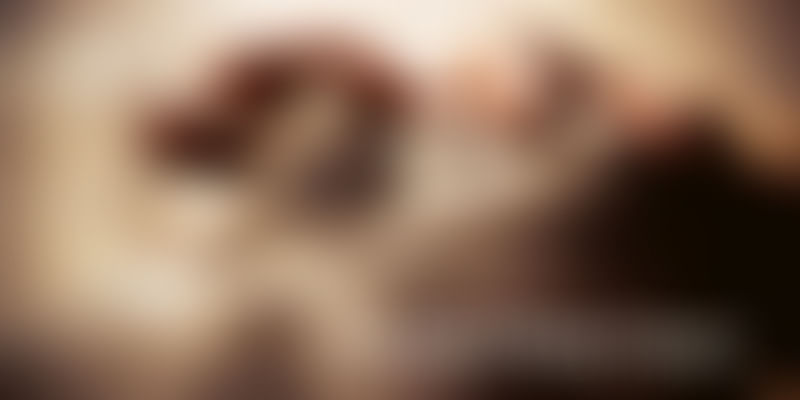 Keri Glastonbury from Newcastle, NSW, Australia says, “My partner and I did the ‘Culture Kaleidoscope’ tour with Manjit in the afternoon, as we couldn’t make the following morning (when things are no doubt quieter and more ethereal in the streets and back-alleys). Even with the added degree of difficulty, however, we entered into the slipstream of the streets with Manjit as our local flaneur, as sovereign to Kolkata as Baudelaire was to 19th Century Paris! Manjit’s tours provide access to abandoned, lost and off-limits buildings (such as clambering around in an abandoned Synagogue and uncovering a fire temple built in 1838) as well as many old buildings (such as an 18th century Armenian church and an Anglo-Indian bakery) still in use today. Manjit is particularly adept at finding the tiny local details of the past in the present and this is cultural tourism at its most experiential and immersive, while also offering a frame (or lens) for understanding something of the city’s history and diversity.”

Rebecca Solnit in her book “Wanderlust: A History of Walking” suggests that a city’s health can be measured by its ‘walkability’, that walking through a city is like sending a canary down a mineshaft.

Manjit Singh Hoonjan, a third generation Kolkatan, has been romancing the city since childhood and so when he left his software profession and formed a heritage and cultural walk company, there wasn’t much cause for surprise. Manjit wears his love for Kolkata on his sleeves.

“While speaking Bangla I always called it Kolkata even before it was rechristened to Kolkata. My Grand father came to Calcutta from Punjab and settled in Bow Bazar which is the carpentry and wood work neighbourhood of Calcutta. My dad was born in Punjab, but then he came to Calcutta during high school. My mom is from Punjab too, but she came straight to Calcutta after her marriage because dad had already settled here. He owned a printing business. I was born here in Calcutta and it has been ever since my home,” says Manjit.

Starting out as a cultural and heritage tour, Manjit’s initiative has now added photo-tours, thus becoming the first photo tour company of Kolkata. Talking about the idea behind the new addition Manjit says, “I have been leading walking tours for about 7 years now and during those tours I always saw people take pictures, some with basic point and shoots and some with real fancy cameras which were not being used to their full potential. I have been shooting since I was 8 years old. In a very clichéd way it had all started when my dad had gifted me an Agfa camera, a very basic black and white film camera. It was my prized possession. None of my friends had their “own” cameras then. But after that I never really got many cameras, had only the basic ones but always enjoyed shooting. In fact when I was 16 my photograph was published in The Telegraph, Calcutta’s magazine. But with real life taking over, photography took a back burner.”

For Manjit integrating heritage walks with photo tours was a seamless journey and one that has become very popular indeed. “When I saw it for a fact that people traveling in my tours loved taking photos I married walking tour and photography and the result was Calcutta Photo Tours. So my company is not only about photo tours but it conducts walking tours for people who are not into photography too. I have had people who shoot only on cellphones and many a times people who just want to enjoy and connect to the soul of the city and are not at all into photography!”

Kate van Nieuwenhuizen of Singapore believes that there is no better way to experience the magic that is Calcutta. “Manjit, through the stories of his childhood and in depth knowledge of his history, will open your eyes and mind to a city that exudes a charm like no other. Be it in the chaos of a market suffused with ethereal light, the flavour of masala chai drawn the same way it has been for generations, or the fabric of a smile that reflects a generosity of spirit. Calcutta Photo Tours will take you on a journey that will make you fall in love with the city,” she vouches.

Calcutta Photo Tours follows an unsaid diktat- ‘make people Calcutta lovers’. Manjit wants to transmit his love for the city of joy into the soul of every person he comes across. Kolkata is a city rich in history, besides being very photogenic and it is this very aspect that Manjit aims to bring out in his tours because he feels that the city has not been documented well.

“I was very unhappy with the way it was shown to the world. My heart would cringe when people would refer to it as a place they come to volunteer. Or a place which was poor, under developed. Dying! So there was no other way to make things right, but to be the change! And I guess that is what got me started. I always say I am in the business of making people fall in love with the city. One bit at a time! The city has soul; it just needs a helping hand for people to connect with the soul. It needs someone to help travellers coming into the city to find the scent beneath the smell! And I guess that is where Calcutta Photo Tours comes in. If every person who walks with us, goes home loving the city, the purpose of Calcutta Photo Tours is served. So be it Heritage and Cultural Walking Tours or our niche Photography Tours or even the usual car based, guided tours the idea is to connect people to the Calcutta that is beyond the great iconic must-dos like a visit to the Mother House or a photograph of the Victoria Memorial,” explains the Kolkata lover.