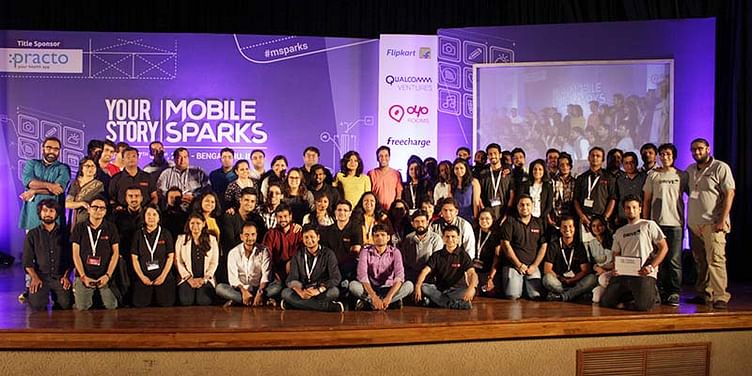 MobileSparks is YourStory’s conference on mobile which was started in 2012 and has been showcasing the best in the world of Indian mobile startups. More than 40 MobileSparks have presented on the platform in the last three years and we have 10 more upcoming companies opening up to the world in 2015:

Alley: Sitting at the intersection of content an commerce, Alley is a fashion discovery startup that allows users to buy what they see on screen. For instance, if a movie is on or YouTube video, and a person likes something, he or she can buy it. They also specialize in audio content recognition and have a meta data link algorithm.

Cirtru: If you are looking for a roommate or buying a used car or selling a used iPhone, a Google employee trusts an Apple employee more than a stranger on a classifieds site. Cirtru is Inter-Company/University classifieds where users are identified and verified based on their employer/university without revealing their professional or personal identity, ever. Cirtru.com, the US version, is currently used by users from 750+ companies and universities in SF Bay Area alone. And Cirtru.in was launched for Bengaluru, during MobileSparks.

Cookbook: Riafy Technology’s CookBook brings the best recipes from across the world to inspire people to cook. With over 8 million downloads, Riafy has built a range of apps and a huge community around cooking and across the globe.

DriveU: With DriveU (currently available on the Android Play Store), owners of private vehicles can ask for a driver at the touch of a button. Once you have set your location and time, the app assigns a driver to you. (complete story)

Instalively: New Delhi-based InstaLively is a mobile app which can live stream directly in HD from any android phone to YouTube. The company has also raised angel funding from six angel investors. (read their story)

SPEC Invent: Incubated at IIM Bangalore, SPEC Invent is a consumer electronics startup which has launched its product- ATOM. A wireless charger, ATOM is available as a pre-order right now and the company is raising funds to scale up operations.

Stayology: The startup is devising a new way to explore, list, stay, pay for and share experiences in alternate experiences globally. The company is trying to bring together the various elements of travel, local and alternative options.

Whichapp: This app helps users discover new apps that their friends are using in a very "passive", "anonymous/discrete" and "trustable" manner. WhichApp leverages the phone book as the social graph and enables users to control what they share,how much they share and how much they consume.

(A short video capturing the action at MobileSparks 2015)