Is it the right time for video-on-demand in India? Manoj Bajpayee and Muvizz think so 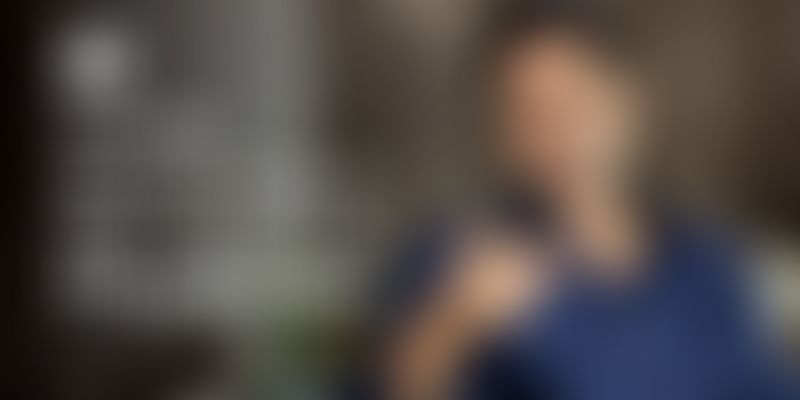 On 22nd June 2012, when ‘Gangs of Wasseypur’ movie was released in India, many non-resident Indians wanted to watch it desperately. A few of these desperate souls were friends of Abhayanand Singh, an investment banker and a movie buff based in Singapore. Abhay also wanted to see it but it was quite a few days before the movie released in Singapore and unfortunately when it did, he was traveling.

For someone like him who grew up with such a passion for movies, a six-month wait to watch the masterpiece was too long a period. His passion for movies and hunger to start up led Abhay to germinate the idea of Muvizz. And when he met his friend Piiyush Singh, a producer of TV serials and documentaries, the duo took the plunge into entrepreneurship.

Muvizz is an Over The Top (OTT) or Video On Demand (VOD) platform offering cult, classic and independent films to cinema lovers around the world. It offers only a curated list of titles ranging from short films to documentaries to feature films in various languages to its users so that they don’t have to go through thousands of titles to decide which one to watch. The idea is to create a social community of cinephiles where they can not only get access to award winning titles, but also interact with like-minded people on cinema.

This idea got actor Manoj Bajpayee’s interest. The actor will ride on his maiden entrepreneurial journey with this venture. He’s closely working with Abhay to give the startup a boost and mentoring.

YourStory spoke to Manoj and Abhay to know more about Muvizz and its plans. Here are edited excerpts of our conversation:

‘Didn’t know what they were coming up with’

Passion for acting and good stories drive Manoj. It’s the same love which made him pledge his entire support to Muvizz. Initially, he didn’t have much idea of what Abhay was coming up with. He now says,

At Muvizz, we are showcasing all the cult classic work which you don’t get to see anywhere.

Abhay believes that India produces a lot of good and content driven cinema but due to lack of funds, even the national award winning films do not reach a wide audience. With Muvizz, he’s using technology as a medium to reach a wider audience and bring these stories to more people. Over the last 18 months, Abhay has worked on the problems of the ecosystem and tweaked the technology and business models of the company to suit the current needs of the audience.

How does Muvizz help budding filmmaker and artists?

With multiplexes mushrooming in India a few years ago, independent film makers were excited with the prospects of their content reaching the educated audience. But the focus of multiplexes on the mainstream content left them with little hope. Though their hopes were reignited with the announcement of a few OTT platforms, but even they showcased mainstream content as that’s where the bigger numbers were. Abhay believes that Muvizz offers a dedicated platform to independent film makers and their work.

The platform has recently released a national award-winning documentary based on the legend R.D. Burman by film maker Brahmanand Singh, who did more than 100 private screenings around the world of his film to people of different nationalities. Abhay says,

And yet, many Indians around the world don’t know of the film and have not watched it. We help such great content to reach a wider audience so that they can watch it at their convenience. There are many such examples on our platform.

So how does it work?

We recently launched a feature on how the Balraj Sahni classic ‘Do Bigha Zameen’ is still so relevant in today’s times vis-a-vis Land Acquisition Bill, and initiated discussion around it.

With the focus to grow the user base and create the community of film lovers, the platform currently offers free, subscription-based and pay per view options. For paid services, there’s a 50% split of revenues between Muvizz and the content provider. The platform also has advertisements (similar to YouTube) on movies as an additional source of income.

Muvizz aims to use movies as a medium for discussion and debates on its platform. They plan to have critic column, editorial section and options to like and comment as well. Users can create their profiles on Muvizz and they can follow other users similar to popular social media channels.

They all understand that it is very easy for commercial cinema with huge budgets to reach a wide audience. By supporting a venture such as ours, they are in a way contributing to the medium of cinema and encouraging young film makers to make good content.

Manoj is actively involved with the venture and coordinating with the team on a daily basis almost. He says,

Whenever I have time from my shoot, I’m available for team Muvizz. In fact, we have been talking almost five times a day because it’s important initially. I’m helping them with guidance and support. Right now, people are willing to put money in Muvizz but we are not ready to take liabilities. The company has our emotional and intellectual investment.

The actor, mentor and investor

It is not the first venture where Indian actors have shown interest. Many Bollywood stars have turned investors and entrepreneurs recently. Manoj says,

For me, Muvizz.com is not a venture, it's a passion. Passion to provide and create a platform for the cinephiles to showcase their work and participate in a constructive discussion about the film in its totality. It’s a community building exercise. All this, to excite and bring the audience to a platform which is meant to be their own.

He believes that movies represent the socio-cultural aspect of our society, basically everything that a common man is about. And Muvizz plans to take it a step further. He recalls one compliment about his acting,

This one time people mentioned that the casting was so real that they could smell the sweat of the actors. This is the passion I’m talking about and whether it’s acting or business, I give my best. What defines me is reflected in Muvizz as well.

Piiyush is heading the operations for Muvizz in India. The venture has already raised seed round and is in the process of raise series A. The funding is getting deployed in:

The company is working towards having an exclusive content on website which includes curated library of titles along with a positioning as a community of cinephiles in the market.

Video on demand is drawing a considerable amount of interest from existing production houses and startups. Eros Now, Hungama Play, Hotstar, HOOQ are among some of them who are offering video on demand service to users. Most of them are monthly subscription-based platforms. Unlike most of the current players, Muvizz is focusing on niche content from cult classics and independent film makers and can be compared to San Francisco-based Mubi.com. Another Indian startup in this domain is Herotalkies, which offers Kollywood movies online. It has a similar story of starting up when Pradeep Somu, then a student with International School of Business (ISB) in Hyderabad, found himself unable to watch a blockbuster because of a class assignment.

Though Netflix has not yet started operations in India, it’ll be interesting to see the sector emerging once foreign players enter the market and also when more VC money starts flowing.