Why reinvention is key for entrepreneurs: in conversation with Lloyd Shefsky, Kellogg School 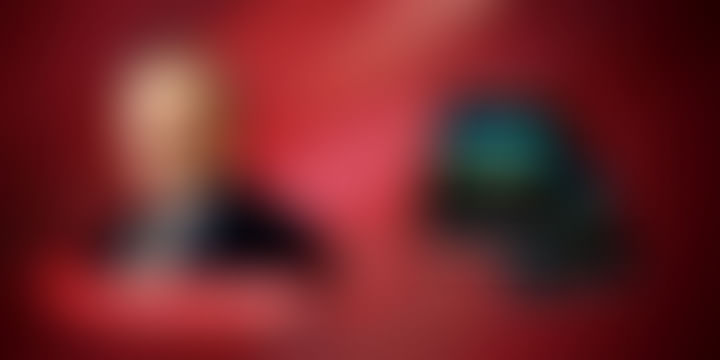 Lloyd Shefsky is Professor of Entrepreneurship at Kellogg School of Management, as well as Co-Director, Center for Family Enterprises. In addition to being a Co-Founder of several businesses and nonprofits, he has taught and lectured in a number of countries. His bestselling books include ‘Invent, Reinvent, Thrive: the keys to success for any startup, entrepreneur or family business’ (see my book review), and ‘Entrepreneurs Are Made, Not Born.’

Shefsky joins us in this exclusive interview on challenges and success factors for entrepreneurs, management education, and emerging research directions.

YS: What is your current field of research in entrepreneurship?

LS: My current research, which relates to entrepreneurial ventures, family businesses, and large corporations alike, is somewhat an extension of my work in Invent Reinvent Thrive. I am now exploring what exactly happens when people are confronted with the opportunity to reach for a new brass ring.

How do they measure the risk of losing the handful of gold they already have in the hand as they reach out for a new brass ring? How do they validate the concept? How did they convince other people, stakeholders, to go along with their somewhat risky venture and then how do they implement it? This will focus on a “how to” approach, to teach lessons to others, so that they can learn from some of the best.

YS: How big a role does academics play in entrepreneurship?

As this matures, we will find academics playing a growing role. Of course other factors like mentorship and experience also play important roles. As we balance all of these factors, hopefully, we can improve once again both the success factor in entrepreneurship and the encouragement of appropriate wannabes to be entrepreneurs.

LS: The book Invent Reinvent Thrive has been received quite well; I am very pleased. It seems to be attractive to a wide spectrum of people, including those who are thinking about becoming entrepreneurs, those who are entrepreneurs, family businesspeople worried about succession to the next generation, and even to large companies.

Shortly after the book came out, a program on CNBC discussing the prospects for IBM cited my book as having dealt with the topic. A few hours later, I received an email from an officer of IBM offering to talk with me. So the interest in the book seems to run the span from IBM to wannabe entrepreneurs and just about everyone in between.

I have learned from my first book Entrepreneurs Are Made Not Born, that sometimes, the interest in the book is reported somewhat later. For example, just a couple of years ago, I read a posting that quoted Erik Prince, the author of Civilian Warriors, who said he had read my book while on a transport ship and it prompted him to start Blackwater USA (company retained by the US govt. to provide security in Iraq).

YS: In the time since your book was published, what are some notable new examples you have come across of companies who reinvented themselves?

LS: Perhaps the best way of answering this question is to tell you some of the people whom I have already interviewed in my current research, which likely will form the body of information and teaching in my next book. These include:

Eitan Wertheimer, whose company was the first non-US company bought by Warren Buffet;

YS: What are the typical challenges entrepreneurs face as they scale up, and what prevents them from regaining their original creativity?

LS: While there are some special people, e.g., Steve Jobs, who are virtual creativity machines and who constantly combine creativity with a finger on the pulse of their customers to provide an ever expanding flow of successful new product ideas, such people are one in a billion or so.

For most, a creative business idea is a sudden inspiration followed by a willingness to do what needs to be done. Implicit in that combination of inspiration and dedication is a passion for the idea which provides the energy for forward movement. The problem is that the passion often prevents the entrepreneur from recognizing the need to follow changing demands or situations and to follow new directions toward success.

That reluctance means greater expenditures of time and effort in an upstream swimming frenzy, attempting to offset the apparent need to change direction. As a result, many fail or lose out to more adept competitors.

YS: How should innovators strike that delicate balance between ‘Stick to your vision’ and ‘Adapt to a changed world’?

LS: That is a very tricky situation - that balance between ‘stick to your vision’ and ‘adapt to a changing world.’ I am a firm believer in focus, but the mantra ‘focus, focus, focus’ is suitable only if you can do so without wearing blinders. It's much like driving a car - you always are looking forward but peripheral vision lets you know if somebody on the side is entering your lane or doing something ridiculous, so that you can back off and prevent an accident.

Much the same in business - you must drive forward to your focused destination or goal but must be mindful of both challenges and opportunities coming at you from the side. To say it must be done does not mean it's easy. It's simply means it's necessary, and good entrepreneurs and other business people learn how to do it.

YS: Is there such a thing as the ‘ideal age’ for creativity, or can the start-up bug strike you at any time? How should people keep themselves open for adopting an entrepreneurial career later in life?

LS: The ideal stage for creativity is very specific for each individual. I once asked my mother, when I was a very young boy, when I would be old enough to drink coffee. She answered: “When you're ready, you will know it!" The same is true for businesses but the implementation is even more so like my coffee. I probably tasted coffee several times before I learned to like it. That may have resulted from maturing tastes or from availability through my good friend, Howard Schultz [Starbucks' CEO].

In entrepreneurship, one must look at prospects or ideas periodically and develop mechanisms to test whether or not a particular one is appropriate and will prove successful. At some point, the entrepreneur picks up an idea and goes for it, hopefully with improved measures of judgment from prior attempts and explorations. The same is true of mature businesses. More are learning the importance of entrepreneurship. And the same is true in family businesses, where some form of entrepreneurship becomes the catalyst for a good succession plan.

It is also true that “necessity is the mother of invention.” During the Great Recession, we found many mature people who had been laid off from their jobs and had need for a new vocation. They used or adapted their prior skills to become entrepreneurs at a later age. I studied that prospect and wrote about it in Invent Reinvent Thrive.

YS: What are the kinds of challenges entrepreneurs face with their board of directors or investors during re-invention, and how can they be overcome?

LS: In the typical scenario, an entrepreneur or the CEO of a mature company spends inordinate time selling directors and investors (or in larger companies, the investment street) on the vision that they are leading. If they've done their job well, they have exacerbated the difficulty of getting those directors or investors to accept that the old vision was wrong and that a new vision should be followed.

It’s much like sailing at sea. But there, when the captain says tack, the crew follows the directions without questions because it can be a matter of life or death. In business, discussions are subject to good governance. It takes longer for large companies to die, but in small companies death comes almost as quickly as for a bad sailor at sea. The price in large companies may not be death of the company but can very well be termination of the CEO’s position.

YS: Who are some of the entrepreneurs you admire the most today? What is it that makes them role models?

LS: I admire many successful entrepreneurs. Large numbers of them are famous and well-known to your readers. You can see their names in my books, including Invent Reinvent Thrive and in my future book. There are even more less-known entrepreneurs I admire for their fortitude, their ability to stick with it, their willingness to reinvent, and their sensibilities about the need for staying power, which includes capital and people. They may be less famous but they are equally admirable.

LS: Learn lessons from some of the best and most successful businesspeople. The stories may be fun reading, but I urge people to step back and think about what was done, why it was done, and how it led to success or prevented failure. The list of lessons already examined in my books such as Invent Reinvent Thrive is too long to provide here. And of course there will be more lessons in my next book!