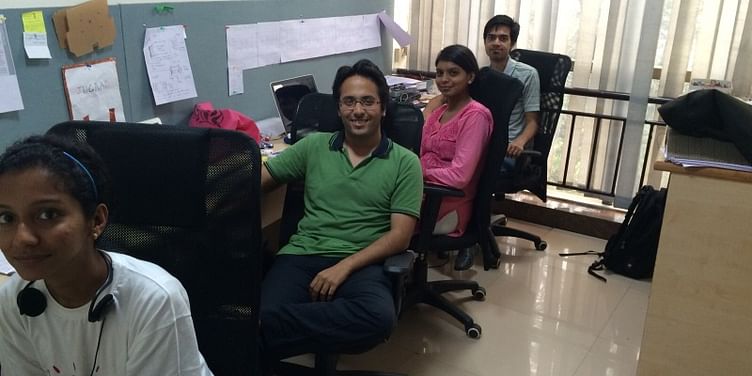 The estimated healthcare expenditure in India in 2013 was USD 96.3 billion, which constituted almost five per cent of the GDP. With a growth rate of approximately 12 per cent, this number is expected to cross USD 195 billion in the next three years. However, according to records, India as a nation has only 0.6 doctors per 1000 people. Many believe that technology is yet to hit the medical devices segment.

In order to bridge this gap, Vibhav Joshi and Sumedh Kaulgud, along with other alumni of BITS Pilani, founded Sattva MedTech in 2014. The duo had met in campus and began working on the concept in late 2013. The idea came to Vibhav, when he had gone home for a Diwali break in 2013. His mother, a gynaecologist, had recently purchased an NST-CTG (Fetal Non-Stress Test-cardiotocography) machine. However, she wasn't happy with the device and had qualms about its reliability.

Vibhav sensed an opportunity and started digging deep into the clinical need for fetal monitoring, history of the NST technology and literature available on advances in fetal monitoring and labor management. Many issues related to the usability and high skill requirement of the NST-CTG were obvious. When he went back to campus, he got together a group of people interested in medical instrumentation and they started brainstorming on how to build a highly reliable, low-cost fetal monitoring device.

What does the device do?

This is how Sattva MedTech was born. "We're developing a next-generation fetal health monitoring device which leverages advanced sensors and algorithms. This device, called the Sattva Fetal Lite, has been designed and engineered for use in India and other low-and-mid-income countries," says Vibhav.

However, the team hasn't had it easy, especially due to the lack of cheap and fast prototyping facilities. "The learning curve is really steep and a startup is under a lot of pressure to execute without mistakes; since we have limited resources, any error can set us back by weeks. Turn-around time for hardware is a lot longer than a software product," says Vibhav.

The team intends to target all healthcare settings where antenatal checkups and deliveries are done. They are also looking at midwives, obstetricians, nurses and health volunteers who can operate this device to detect fetal distress and take the necessary action. "We are looking at 60,000 institutions conducting such procedures by 2018 in India. This is a market of USD 300 million. The ex-India market is USD 800 million," says Vibhav.

The team has currently raised an undisclosed amount in seed funding from InnAccel. The funding, Vibhav says, will be used to increase the depth of their team and build some of the most advanced hardware and algorithms to analyse biophysical data.

He adds that they aim to leverage technology to equalise access to quality healthcare for everyone. "Our differentiator is a very strong tech team and absolute focus on user experience and designing for the Indian healthcare scenario," he says.

Speaking about the investment, Siraj Dhanani of InnAccel says that the team is building a device that they believe can save lakhs of lives. This, he adds, can be done by enabling monitoring of the 10 million high-risk pregnancies in India annually. They aim to bring the Sattva Fetal Lite to the market by late 2016. There are several other products in the pipeline as well.

As of 2012, there were 5.9 million perinatal deaths worldwide. The WHO global estimates stated that a third of the still births occurred during delivery. Vibhav says India has a reported 30 million pregnancies every year, of which 10 million mothers require extra monitoring during labor to detect complications. He adds that 3,00,000 perinatal deaths are recorded every year due to undetected fetal distress and related conditions.

"The technology available today for fetal distress monitoring is variable, highly skill-dependent, bulky and expensive. This technology is neither viable nor available for close to 80 per cent of the care-settings in India," he says.

Adding to this, Dr. Jagdish Chaturvedi, Director of Clinical Innovations at InnAccel, says that fetal heart rate monitoring through Fetal ECG acquisition is an accurate way to assess heart rate and determine fetal distress. With Sattva, the team aims to address the 3,00,000 annual perinatal deaths in India.