When a traffic cop swore to stay honest; and a sweeper broke down on receiving respect: A social experiment ‘Thank You, India’ 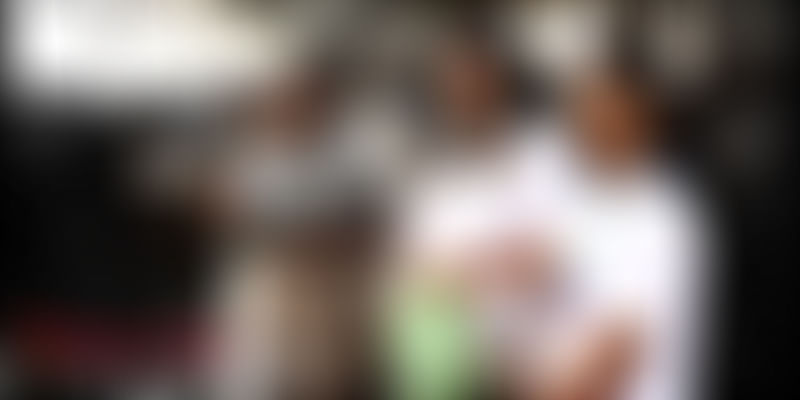 If you travel to the western suburbs of Bombay often, chances are, you witnessed a silent revolution unfolding over the last one year among the residents, working professionals and labourers. It was a peaceful protest. A heartening demonstration. But, have no doubts that a fierce war had been waged – against the grind, the rut, the redundancies, against anything which lacked emotion and a heart.

A war against a planet which was in a constant race to the finish-line.. A war against what the human race has evolved into – how it is forgetting that little gestures hold within them as much power to move as grand gimmicks. A war against a species that is only touching, and not really feeling.

Guess what the war-cry was.

Thank You, India, a ‘social experiment’ by an organisation with the same name, uses gratitude as their armour to reinforce the goodness in people.

Its founder Hemant Gupta, who gave the streets back its soul, tells us how his own returned. “For a long time in life, I kept comparing myself to the world and chasing superiority. During my work life, I would endlessly be in meetings and more meetings. Conversations would breed, but be hasty. Eyes would meet, but not hearts. This filled up almost 34 years of my life, until I decided to give up my job to embark upon a journey of self-discovery.”

I started looking at the human condition in a different way through the eyes of scriptures, science, psychology and philosophy. In the initial days, this research tore me apart –because even as I learnt the greater truths, the gap between my knowing and my implementing kept getting wider. I could not marry these realisations into my daily schedules.

“A new journey began. To become more happy, healthy and helpful. And sharing this with more people, for making a life worth living out of it,” reflects Hemant.

Here’s what it all boiled down to.

Every thought, every feeling and every action is a treadmill. Just like conventional exercise, we must use our thoughts-feelings-actions to strengthen them for their current and future state, and thus feel life differently. And the way to this is through daily tiny acts.

The daily tiny act that made all the difference

There were plenty of these daily tiny acts – life hacks, as the internet likes to call them, but which are actually quite simple – that the effervescent founder came across, that could help us become more happy-healthy-helpful.

But his campaign had more layers. “Inherent in this decision was also one of the social science theories, that of our behaviour being also substantially influenced by other people. In which case, we believe that for a lot of people to change, they will need to see it happening in the society first. This means that some people will need to do these acts first and more and persistently, to build social capital of the nation.”

This meant an act needed to be simple, familiar, and easily includable into one’s schedules. “We began with a simple act called ‘Thank you.’”

Hemant Gupta piloted the experiment with Huzefa Kapadia- one of the country’s foremost creative directors – after which they co-founded Thank You, India. Kavin Kondabathini, a marathoner and Reebok running trainer, contacted the duo as soon as he came across the initiative, and joined the core-team when it was at a nascent stage too. Together, they built a team as diverse as the crowds they would handle – a photographer, Life Coach, a travel company manager, a psychology student, an ex-set designer for TV serials, National kick-boxing player, President of the Maharashtra Chess Boxing Association, National Kurash player, and the list goes on.

The campaign was simple. “We began on 16th October 2014, 06:00 hours, from National park, Borivali, Mumbai. We simply started going up to people and thanking them. Thanking people who follow rules. And thanking in advance to people who do not follow rules, but plan to, in the future,” he recalled.

They also tied up with the Mumbai traffic police, and started gifting ‘good’ tickets. They managed to gift more than 35,000 good tickets.

“Our over 100 days of field activity have been extremely joyous. Our conviction in our learning is much stronger now. People are operating from a different level of awareness. Everyone is waiting for that extra consideration, little more recognition, while struggling with life’s contrasting principles of good-bad, right-wrong, now-next, and me-we,” he observes.

The two cases that made it all worth it

While there were some instances when people shot suspicious looks at them or made their scepticism known, many broke down upon being thanked. Two of these anecdotes though, shone through.

“We were in Borivali thanking people, when we saw a cop standing at a distance who had spent 50 years of his life in police, We went up to him, offered him a rose and gave him a hug. He held my hand for almost 2 minutes and there was only silence. And then his eyes were moist. It was as if a child spoke to us thereafter. He said, ‘I am corrupt. If I admit it publicly, people will kill me with shame and my family will be destroyed. I don’t know what to do.’ We kept looking at each other, without saying anything. And he himself pledged to give up corruption thereafter,” Hemant recalls.

Related Read: Attempting to bring about gratitude and appreciation to do-gooders – ThankShip’s mission

The other instance was early in the morning. “Some workers were cleaning the streets. They kept themselves busy so as to ignore the passers-by. When we went up to them, they told us how ashamed and insulted they felt as sweepers and cleaners – how it hurt them that people simply brisk-walk past them, how they avoid eye contact. They said, ‘Dignity is what we are hungry for.’ We thanked them, spent 15 minutes with them, and shared a cup of tea together. They had changed our hearts and we believe we had, though momentarily, reached theirs.”

Not social service – it is a social experiment

Hemant is rather particular that his work isn’t called ‘social service’, and insists that it is a financially sustainable model. And now, we have reason to believe it. They garnered funding and support from three investors – Sunil Ghorawat, who is the founder of Earth Water Group, Gagan Goyal, the CEO,Century Logistics and Nimir Mehta, Advisor at CLSA Private Equity India.

“There is a great need to enhance the social capital of our nation. It is our belief that growth in social capital can pave way for a bigger and better distributed economy. We are structuring this as a conscious capital entity,” he feels.

“We define our existence as a mission for preserving good, and encouraging good. We shall continue this by simplifying wisdom into daily tiny acts. And we shall take them to people through social experiments.”

Which is why they plan to reach all strata of life by execution on roads, in colleges and the corporate world.

“We also managed to do some studies into Traffic Psychology. And have proposed the Mumbai Traffic police to set-up India’s first traffic psychology research and development institute. We are looking for brands to take this up,” he says, giving us a possible teaser.