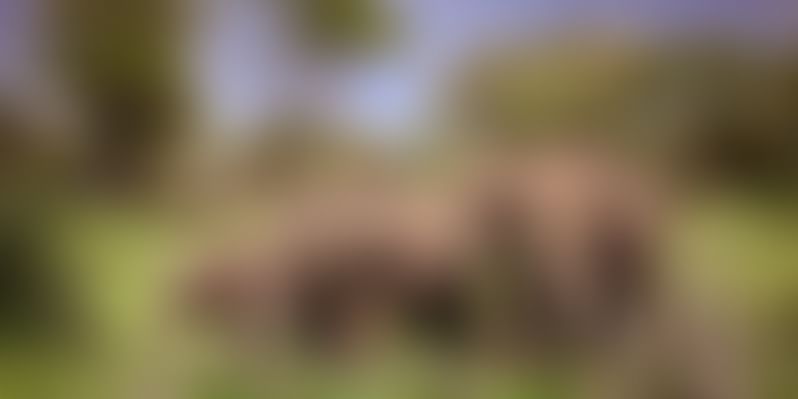 The sounds and silence of the jungle is the first thing that struck me when I was at a national park. A plethora of experiences hit your senses when you enter the world of the wild - smells that are fresh and unique, sounds that are new and different, even the air tastes different.

Many times, I end up writing about these experiences or just sharing it with my friends after. But being a travel enthusiast, I've always felt the need to share the experiences with fellow travellers or friends. It was a similar shared love for wildlife, nature and travel that got MBA graduates Tanmay Keshav and Maulik Desai together. The met in 2006, and have been on close to 10 trips covering most national parks across India.

The trip that changed it all

"On nearly every trip, we lamented over the lack of other travellers with whom we could share our costs and connect over wildlife. Several times, we discussed the need for a platform that would connect travellers like us. Finally, in 2013, after an evening safari during a trip to Kanha National Park, we made a firm decision to create this platform -The Safarist - in order to, above anything else, solve our own problem of meeting like-minded travellers," says Tanmay.

The duo set onto creating a website by pooling their resources. After several sessions spent mulling over a name, they zeroed in on ‘The Safarist’ (safarist means anyone on a safari).

Tanmay says that brand building was a challenge, but they were aided by the fact that from the onset they were making a platform to solve their own problems. He adds that 'The Safarist' stands for the nature or wildlife lover in all of us, responsible travel, making travel related to wildlife and nature more accessible, keeping in mind the need for conservation.

What does the community do?

The Safarist is a wildlife community that travels together. Through The Safarist, the duo has tried to address the following problems:

However, according to Tanmay, the challenge lay in the process of gaining early users who had faith in the idea and could test what they were building. Additionally, conveying the concept to the larger audience proved to be difficult.

"Travelling together involves connecting people from diverse backgrounds and with varied interests. Building trust in such a platform is of utmost importance. Keeping in mind the number of dynamics which come into play for successfully executing such an idea, it has taken quite a bit of iteration and feedback to come up with a system," says Tanmay.

To combat these challenges, the duo created a landing page campaign on Facebook which gave them the opportunity to engage with people from the target segment right from the initial phase. Based on their feedback and after assessing the market, they developed an initial website, made live with a closed beta version.

"Currently, we have about 300 users and continue to add more on a daily basis. Within the first month, more than 40 trips have been floated by travellers across India, of which 13 have been successfully joined by other travellers. The trips have been to various destinations across India and has seen participation from all around the country, across ages and from both genders," adds Tanmay.

In the immediate future, the team intends to focus on user acquisition as well as in continually refining the platform and adding more specific features catering to the target segment.

"With entire trips being conceived on the platform and a community catering to a niche traveling audience, we believe that there will be significant scope to benefit the entire ecosystem and earn revenue in the process as well," says Tanmay.

Being a point of aggregation for travellers, the website will be beneficial for the entire ecosystem, especially stakeholders who depend on tourism, like homestays, wildlife lodges, naturalists, photography mentors, equipment rental companies, car rental companies and others. The model could be booking these services on a standalone basis, a lead-based model or through custom ads.

The market and growth

According to Tanmay, a 2014 survey by Thrillophilia shows wildlife and birding accounting for 38 per cent of all activity-based travel. Globally, there is a shift in travel preferences towards experiential trips.

The wildlife travel market in India is one of the fastest growing segments in the travel sector. There is currently no platform which caters to wildlife travellers in India or at a global level. The top 20 national parks get in excess of 1,50,000 tourists every year. For quite a few of these destinations, wildlife tourism is the only major avenue for livelihood for town folk living nearby.