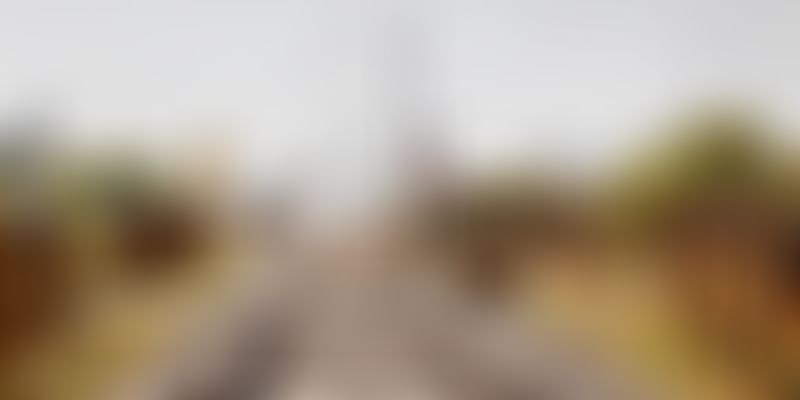 A mechanism to alert train drivers about unmanned railway crossings on the pattern of planes will be launched soon, Prime Minister Narendra Modi said in New Delhi. He said the technology has been devised by engineers of Varanasi based diesel locomotive factory on his advice. "There are many solutions to unmanned crossing. Can satellite be a thing for unmanned crossing", Modi said addressing a gathering of scientists. Recalling his visit to the loco shed in Varanasi, he said he had suggested to the engineers to devise a technology to alert engine drivers about level crossings.

The technology will be rolled out soon, the Prime Minister said, adding that it will be on the pattern of planes in which a pilot gets advance information about clouds etc. Unmanned crossings account for many accidents in which lots of lives are lost every year. Emphasising that "no space" should be left in using space technology for the benefit of the common man, he exhorted the scientific fraternity to evolve innovative solutions to aid governance.

Addressing a national meet of top officials of different ministries and state governments on use of space applications in daily governance, he pressed the need for new initiatives in all areas of governance, using space technology applications. He asked all the departments to set up dedicated cells to promote innovations and identify issues which can be resolved through space technology. Modi called upon all ministries to identify at least one space application in their work within the calendar year 2015.

Our aim should be to ensure that affordable technology reaches out to poorest of the poor of the society. "For good governance, transparency, efficiency, accountability, real-time delivery, real-time monitoring technology is the most potent tool", Modi said. Noting that space technology in not only effective in checking the tax leakages and better monitoring of highways, Modi said a mass education programme should be started by the ISRO involving students in getting exposure to space technology and its applications.

"We have to also see on how to converge technology according to our needs and ensure easy delivery", he said, adding it can bring benefit to the down trodden sections of the society including the adivasis in improving their livelihood. The Prime Minister also remembered the great space scientist Vikram Sarabhai as a "visionary". He recalled that when the world criticised India for venturing into space domain, Sarabhai insisted that the country was not entering into a competition in this field but was utilising space technology for the use of betterment of a "common man".

"India today has earned its pride of place among the global community in space. India's achievement lies in the vision that Sarabhai had envisioned then", Modi said as he laid thrust on 'Innovative Bharat'. He gave a number of illustrations on possible applications of space technology for the benefit of the common man like the location of fish for fishermen, irrigation infrastructure for Pradhan Mantri Krishi Sinchai Yojana, tracking of illegal mining and better border management. Thanks to space technology, the country was able to deal with the danger that the Kosi floods last year would have unleashed on the nation, Modi said.

He also lauded the India Meteorological Department for its accurate forecast of cyclone HudHud, which helped in minimising the losses in the cyclone hit Visakhapatnam. He asked all departments to from one cell for technology where the youth with scientific temper can work for the promotion of technology. "When we recruit people, we should hire more people connected with scientific leaning that can help in capacity building. Can we invite the young generation for developing ideas and working with the government to find solutions to various issues", Modi said.

The PM also emphasised on giving encouragement to youngsters with scientific temperament under 'Start-up India and Stand-up India' initiative. The Prime Minister called for an "attitudinal change" among the officers towards driving innovation and incorporation of technology, saying technology is the answer to several problems facing the common man. Asking the superannuating bureaucrats not harbour "give-up" attitude since they are retiring, he asked them to leave behind their "footprint" for the younger ones so that they do not feel the absence of veterans for guiding them.

He said the country should evolve with changing times and embrace technology and efforts should be made to make the delivery process much easier with the use of technology. Modi said the younger generations especially the present day tech-savvy youth with scientific minds should be involved in developing ideas. "Each department should involve young science minds who can stay in touch online. Engage them, they will apply their minds and you will get new ideas", he said.

Prime Minister launches ‘Narendra Modi Mobile App’, here’s everything you want to know about it