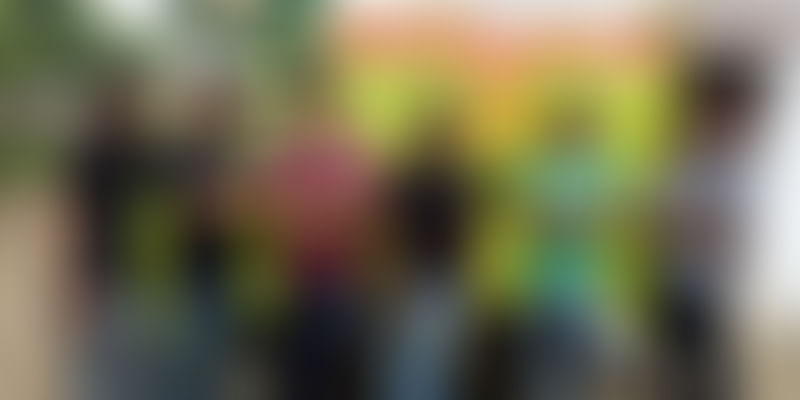 Reading about and inspired by some of the startup stories featured by YourStory, a bunch of engineering students from Vidisha often dreamed about executing a great business idea of their own some day. After much thinking, they came across one of the most basic civic problems in India: disposal and recycling of scrap and junk. When they found more like-minded people to join the bandwagon, they knew BhangaarChand was destined to be.

the new product” – goes the core philosophy of Vidisha-based BhangaarChand. It is a waste management business that collects scrap or solid waste through a toll-free number (currently only for Vidisha) or by website at the customers’ preferred time and location. Soon they are also going to launch their Android app.

Cofounder Surya Pratap Singh says, “In the middle of the third year of college, we decided that we wanted to bring the waste management sector on an online platform and bring some professionalism into the sector. After planning rigorously for over two months, we launched our portal, www.bhangaarchand.com, on March 14 this year”. He and cofounder Shashank Sharma are final year students of BE Electronics at Samrat Ashok Technological Institute, Vidisha, which has churned out the likes of Nobel Peace Prize Winner Kailash Satyarthi.

“The problem of waste is becoming big throughout the world. Only 18 per cent of the total waste generated is recycled in India. So we are encouraging disposal of waste by offering a free pick-up service of any type of scrap or solid waste material,” says CEO Shashank.

“So far, we have collected more than eight tons of paper, about four tons metal scrap and three tons of plastic. We are also planning to establish our own recycling plant as part of improving the recycle process,” says Surya.

“When a customer calls or places a pick-up order on the website, our registered scrap collector reaches their doorstep, carrying an electronic weighing machine that determines the valuation of the waste/scrap. The customer is then given a printed bill of the transaction,” adds Shashank. Just like any other e-commerce portal, the website also offers discount coupons from time to time.

So is Bhopal-based Kabadiwala.com their nearest competitor? “Actually every local scrap collector is our competitor because he can buy scrap at whatever the price he fixes with faulty weights. People are addicted to this traditional way of scrap collection. But this also brings in a sense of distrust between the two parties,” says Nitish.

The two scrap collectors working for BhangaarChand have been verified and get a monthly payment for their pickup services. “We feel the traditional kabaadiwalas (scrap collectors) should get white-collared jobs and respect if they are made to understand the importance of logical business dealing. Through a scheduled training, we try to make them feel important so that they work with responsibility and honesty,” adds Shashank.

In order to spread awareness, BhangaarChand team organises events for children in colonies. “We are now taking the message of waste recycling to schools and colleges. That way, honestly, we are creating an aware consumer base for future,” he adds.

Another interesting aspect of the team at BhangaarChand is none of their parents know about the startup. “We had bootstrapped it from the day one. And we couldn’t share it with our parents as most of them sent us to pursue BE so we could get jobs,” adds Surya.

However, once the startup reaches a profit breakthrough and investors, the team is determined to launch it in the rest of the country.

“There are many hidden startup ideas in small cities also. VCs and investors must look for them too. We also sometimes lament government policies that must be from the ground up,” says Shashank. Well, here’s hoping their voices reach the right people.