Started as a campus eatery in NLSIU, Bhukkad is now growing at 40 per cent month on month 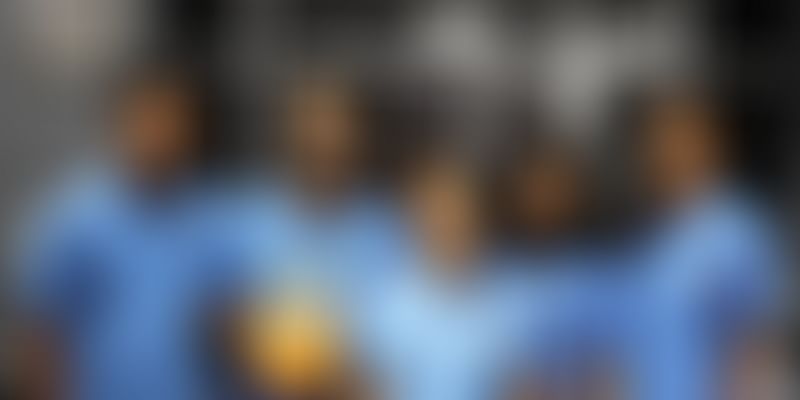 We have all had moments when we found the canteen food at our college unpalatable. And we've all had favourite food joints where we could be found on any given day. Bhukkad was born out of a similar need to find a better place to eat at a college campus.

Started in 2011 at the campus of National Law School of India University, Bengaluru, the idea was conceptualised by Aruj Garg as the perfect alternative to the boring mess food.

Bhukkad initially functioned as any regular college eatery, but when Aruj faced a health issue in August 2013, he realised he couldn't eat at his own eatery. This was largely true for most other eateries around too. There were cafes and restaurants which were serving organic and healthy food but were too expensive. This was the eureka moment for Aruj. He realised he could carve a niche for Bhukkad by serving affordable, healthy food that was tasty and available in a convenient format.

From college to the real world

When he opened shop, Aruj saw an opportunity to build a student-friendly college food brand. But it was only when he started visiting colleges and meeting administrators did he come to know of the enormous challenges that go with working with them.

In March 2014, after Bhukkad shifted focus and became a natural fast-food joint, the team decided to change the way on-the-go food was consumed. Healthy food was largely perceived to be bland and the current players in the market focussed on keeping it a niche product and serving only a limited client base.

"We wanted to change that. We decided to stick to the name as bhukkads love food. But we wanted to make food that will, in turn, love people. We revamped our menu with a focus on avoiding preservatives and processed elements. We were highly inspired by Michael Pollan’s book In Defence of Food and have been largely successfully at maintaining this vision with our food," says Aruj.

Preparations and bagging it

Up until this year, Bhukkad focussed on creating a QSR (Quick Service Restaurant) brand with quick takeaway joints in high areas having high footfall, near office locations, for example. However, the team realised the costs involved were huge and that scalability was difficult. Therefore, it decided to add another component to the business by launching Bhukkad meal bags in May, available online and based on a menu that changes everyday.

These meal bags are currently available only for lunch but will soon be available for breakfast and dinner as well. The business works on a hub-and-spoke model where the central kitchen acts as a hub with the final assemblage taking place at small delivery centres before the order is shipped out to the consumer.

"That we will only serve what we believe is good for the customer is our guiding principle. So the format in which we make this happen may evolve, but the core philosophy of using only natural ingredients without any preservatives and processed elements will not change," adds Aruj.

Operations and its challenges

Technology, Aruj says, will play a huge role in making kitchen operations smoother and faster, bring in consistency to the food and will help track various metrics of operations for optimisation.

Being a fairly operations-driven company, the focus has been to create Standard Operating Procedures for each function and make them as simple and easy to understand as possible. "These processes get challenged from various angles and how your employees respond to them is also different. Our goal is to perfect them as much as possible as this is going to be critical whilst scaling up," he adds.

Aruj says that the kitchen and the food processes are the fulcrum of the business. Attracting top-quality chefs has been difficult. The team is slowly working on this problem and he adds that some talented chefs will be joining the team soon.

Aruj believes repeat patronage from customers is necessary for the success of any food business. The venture’s repeat customer rate for meal bags is at 45 per cent, with a frequency of two to three times in a week. Sales for their meal bags have grown 40 per cent month-on-month for the last two months. "Currently, we use our own web platform and other aggregators to power our meal bag sales," he says.

"For a large part of the last four years, we had looked at Bhukkad only as a typical F&B business. In such a scenario, operational manpower remains the single biggest challenge. Attrition is high and training of staff becomes critical. Only in the last eight months have we been working towards creating a team which can make the business grow bigger in an organised fashion," says Aruj.

People who get things done

The team at Bhukkad is small, and Aruj says that most people who've joined are individuals who take responsibility and execute on their own. He adds that the bedrock of the team is Nandita Paul who joined as an intern in December last year and can don any hat in the organisation. Her focus area though is the management of the food production process at the kitchen and the outlets. Her background in IHM and her stint with ITC Gardenia has been instrumental in her success.

"We were recently joined by Richa Gulati who comes in with 11 years of experience at an MNC HR consultancy firm. Her focus area is to make us more organised and bring in structure to our operations, to make us ready for growth and scalability," adds Aruj

The venture’s future plans include evolving into a more meal-based food outlet than a snacking option and spreading across the city by the end of this year. It also intends to keep increase its offline presence. "So the business will be a combination of offline and online sales channels. We feel the physical brick-and-mortar store model also has a lot of value and we don’t want to dispense with it," he says.

Also Read: Bengaluru-based FreshMenu to grow to top 10 cities by next year

The QSR model was in vogue for a long time, with the idea to create scalable and replicable models which can expand fast on low investment per unit. According to Aruj, however, food and quality consistency became a challenge there. He adds that brands like McDonald’s, KFC and Pizza Hut are the only companies that have been able to maintain consistency at the desired level. Aruj hopes Bhukkad would be able to do the same.

He adds that there have been a number of online food delivery companies and cloud kitchens springing up the last one year and changing the dynamics of the food industry. This trend is going to continue and this is the reason for the venture’s evolution. "We believe the model can change but the core food philosophy shouldn’t. All online food delivery options are our competitors. However, we have been able to craft a niche for ourselves with our food," adds Aruj.