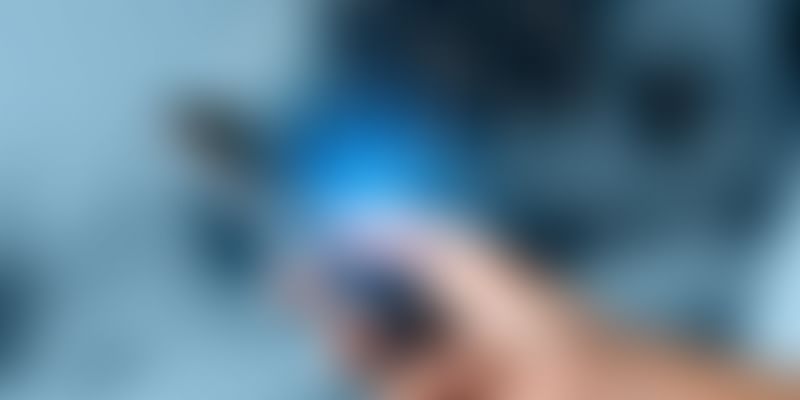 With the digital world showcasing more and more ‘prominence’ thanks to the usable options finally available in the low and mid budget Smartphones, we are more likely to be alarmed by an unexpected notification than perhaps the fire alarm ringing in a nearby building. We have become so engrossed and dependent on apps today that without them we feel a little lost. Apps like Twitter, for example, have become highly addictive, and if you are disconnected for a long time, you feel as though you are missing out on the happenings in the world. This is to the point of annoyance and there is almost a compulsion to flick open the phone and check it. While this could be an awkward situation, especially at social engagements offline, there are plenty of instances where these apps are extremely useful.

It is useful to the point that, there are several apps that are almost dictating our own lifestyles. These are the applications that basically give us the direction in which we steer our lives; making us highly dependent on them. We are alluding to applications that remind us of our debt or poor budget management through the year; or apps that dictate to us that we get up and move about because we have been ‘lazying’ around on our chair for too long. Would you have chosen a particular action had it not been for the application involved? Here are five applications that ensure that the answer to the above question is not in affirmative, and continue to dictate you and your lifestyle.

As a disclaimer, I have tried to include only the applications that are available across at least a couple of platforms.

If you own a fitness tracker application, chances are that a lot of your actions are dictated by the counts that are shown by the tracker. Having used both the Mi Band and Nike+ Fuel at different stages, I can categorically confirm that I always had one eye on the ‘step count’ and the ‘calories burnt’ counter the bands displayed. With the Mi Band, I realised that I was a lot more conscious about my sleeping hours and pattern, and made a genuine effort in ensuring I had a longer, deep sleep. This involved drawing the curtains, changing the location of my bed, keeping the phones as far away as possible, and going to bed with healthy thoughts. The days when the deep sleep counter registered above 4 hours, were days that automatically gave me confidence that I was well rested, and ready to be more active and productive. While I have no scientific data to prove if indeed I was more productive or not, it is not a small feat that going into the day with the mentality of having rested well, made a massive difference. All this - simply based on readings shown by an application. Similarly, I was much more confident of galloping away that last piece of sweet having known I had reached the goal of the day on my fitness tracker..

Nobody, since my mother would dictate to me to get out of the house [fearing the traffic on the way], has anybody dictated when should I leave my house for an upcoming event; until Google Now came about. Google Now smartly sets a reminder for you based on the event emails that you have received, taking into consideration the traffic from your current location to the event location, and prompts you to make a move. Not just this, if you are taking the same route every day, Google Now warns you in advance if there is a roadblock; so that you either take an alternate route or delay leaving the place. Not just forewarning you, Google Now also picks up your search history and gives you contextually relevant links which would help you make a choice as to which movie to watch next or which place to visit next, when you have a holiday from work. It is fair to say that Google Now does the job of a personal assistant beautifully; and dictates at various levels what you should do in your life.

Since the Stone Age, man has been in the habit of borrowing something or the other from someone. At times it is commodities like stationeries and food items, while at other times it is things that are a little more precious, such as money. When we hang out with our friends, it is a common practice for one person to pay for a dinner or a lunch or a movie, and the rest of the participants pay him/her back later. However, it is difficult to keep a mental note of these things and that’s where Splitwise changes your life. You can add your group of friends; and every time someone owes you some money you can feed it into the app. The app is ‘intelligently’ capable of adding and subtracting every time you are paid or if you paid more, so that you always have a hang of the gross amount that someone owes you. The app also gives you timely notifications to pay off someone if you owe him/her money. Then the mental alarms go off when you receive your next salary. The dashboard of the application gives you a summary of the money that is either owed to you, or you owe someone: this helps you plan your expenses accordingly. For example, if you know at all times that you owe someone Rs 20,000 for a loan you had taken, you will go about planning your month with an eye on repayment, rather than blindly spending that money on a weekend getaway trip. Not just Splitwise, any application that helps you manage your finances really helps you make difficult decisions when it comes to planning and not going bankrupt. Expense tracking apps like Moneywise come in really handy as they tell you when to pull back and when to go overboard with spending.

A relatively well known application, but Zomato is one app that seriously dictates our lifestyle when it comes to choosing a place to eat. The application simply puts out reviews of the majority of the restaurants around you, and suggests places based on your taste or location. Ask yourself, when was the last time you stepped into a restaurant without any prior experience or looking up Zomato. Now ask yourself, how many times have you visited a restaurant just because you wanted to try out a cuisine and Zomato rated it highly? I am sure that the answer is ‘plenty’; our eating decisions today are widely dictated by Zomato. It is no wonder that several of these eatery joints also keep Zomato promotional materials that give away lucrative discounts to anyone who reviews the restaurant on Zomato. They, of course, realise the value of a good review in making up the mind of a customer who is a little undecided. The influence of the app has been such that Zomato has also introduced a Zomato Order app which, without getting up from your couch, allows you to order from the restaurant that Zomato recommends based on your requirements.

As you must have noticed, each of the applications that is listed above, in some way or the other helps us make a lifestyle decision - and thus dictates to us how our lifestyle is or should be. What are the apps that dictate your lifestyle? Do let us know in the section below.

Disclaimer: The views in the post belong to the author and do not represent views of YourStory.