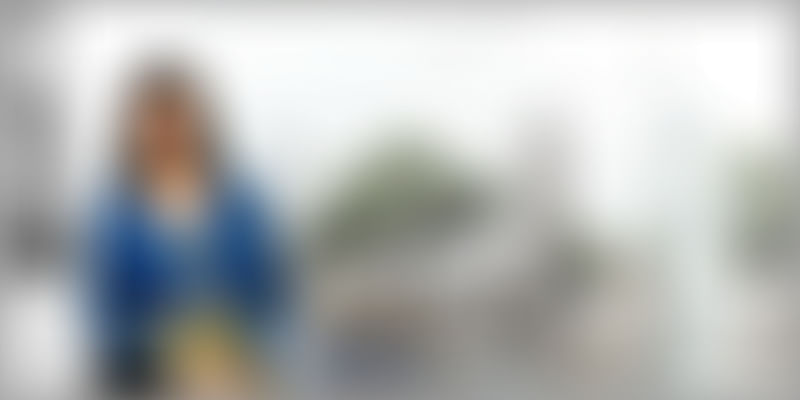 Erica Nicole, who left Corporate America to start YFS Magazine said, “The glass ceiling that once limited a woman’s career path has paved a new road towards business ownership, where women can utilize their sharp business acumen while building strong family ties.”

Being a working mother has its own set of hurdles to jump over – from scheduling nightmares to extreme tiredness and working mother guilt. There are days when you have a sense of contentment and satisfaction than you ever thought possible, and days when you find ways of how you are going to stop your head from collapsing.

Sitting at one place and getting to know about the world attracted Monica Arun who was born and brought up in Mumbai. She pursued a travel and tourism course and later started working with companies such as Thomas Cook, Cox and Kings, SOTC for 20 years.

Because of her husband’s job, Monica quit her job and moved to Bengaluru 3 years back with a 1-year-old baby. After having worked for so long, she realised that she cannot be a stay-at-home mother. During her professional career, she had established a huge social circle that she later approached for work from home jobs. She did manage to get a few but as they were timebound; she couldn’t attain the flexibility and convenience that she was looking for.

While fetching for jobs, her ex-boss gave her an idea of starting something on her own since travel business doesn’t need much investment and her ultimate aim was to work for her passion and not for money.

Just to give it a try, she initiated the project from the complex where she was residing. As there were lesser number clients, she gave them personal attention and got a positive feedback which motivated her to establish her own venture, Globetrotters Travel Club LLP.

Setting up the globe-trotting space

“I was parking my car in the parking lot and I realised there is a godown which I thought of converting into an office. I approached the association of the complex but they were reluctant as it was just a godown. I told them that you just give me this space and everything else is my headache. I will take care of it.”

While she opened her office 2.5 years ago, she realised that for more clients she needed more staff which was an initial hurdle for her because of the office location. Not many people would want to work in an office without sunlight. So she compensated this drawback by providing flexible working hours and making it informal and convenient for people to work. She put up a notice board for mothers who have been wanting to work but have never got the opportunity, thereby building a platform and travel career for them.

“I am a very social person by nature. Thus, I became a member of all the women entrepreneurs and travel-related groups and found that my clientele has increased because of it. I am a part of HEN, NEN, and many head start meetups. Now Bangalore is more a home to me than Bombay because here I have built up everything myself.”

Usually during daytime, people are occupied in their daily routine and hence her meetings are often post dinner where she discusses the travel itineraries of her clients because of the proximity of the office to the complex. Many travel agents push their clients to destinations where they get more commission. Monica, being a personalised travel planner aims to give her customers a value for money.

She understands the client’s needs by asking questions and then matches what she has to give with what they have in mind. Before the client lands in the destination, she or her team calls the driver and the hotel one hour before landing so that the client doesn’t have to face any inconvenience and delay.

“Every plan of theirs which is going to take place on the next day is reconfirmed by us a day in advance. All my clients will tell you that we felt that our travel agent was travelling with us. My work doesn’t get over when my client leaves India. It gets over when they have come back and I have spoken to them. ”

Her journey so far

Being so reluctant about setting up her venture initially, business has now become a real passion for her. She plans to expand in various residential societies across the city by employing more people on board and training them.“I will have my people who will follow the same way of working because I am personally training them. I am looking for people who are not in the travel industry because they will not carry a perceived notion. They will come with a fresh mind and I will be able to mould them so that they can share my vision.”

When she started her journey, her clientele was restricted to more of families and friends which was later followed by people coming in with hesitation from the complex to whom she proved that she goes out of the way and has a very good hold on the rates. She is sure of her services here and abroad because of her partnership with people across the globe.

“I don’t have any social media advertising. I have not spent even a single rupee in advertising. I don’t have a website also. Everything that has happened is through word of mouth. My clients have been my motivation. Nothing else has given me more satisfaction.”

Her motto, “Promise less and deliver more” helps in providing genuine product with genuine prices to the extent that her customers have started giving her their corporate accounts as well.

“I want to tell all the mothers that even if they have not worked in their career, they should not lack confidence. They should reach out to more people and have an open mind. They should basically network with people who will give them a lot of opportunities not only in terms of work but also in terms of hobbies and sharing their day to day discussions.”