With 100+ service providers onboard, one month old Motormechs aims to bring speedy service for stranded vehicles 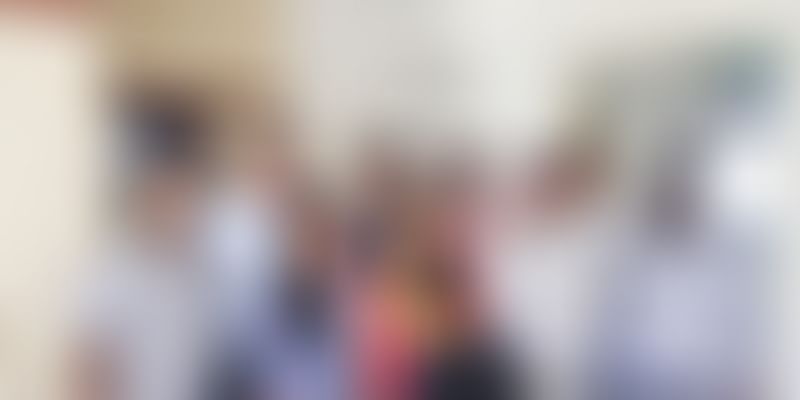 You've had a long gruelling day at work and as you head back home, your car or bike breaks down. What would you do? In most cases - Look for a service centre or a mechanic, try some different toll free numbers and figure out the best way possible to get the vehicle fixed. This was the exact situation Prem Kumar Menon, Unnikrishnan R and David Sangama, found themselves one evening. And this is exactly how Motormechs was born.

The team envisions Motormechs to work on an aggregator model of operators and service provides. They intend to help vehicle users who are stranded due a vehicle breakdown and provide solution of a nearby service provider.

However, beginning on working on creating the model, the team first visited few service centres to understand how vehicle breakdowns are attended. "It was a revelation. A vast majority of the service centres do not have towing vehicles of their own. They depend on independent towing service providers who tow the broken down vehicle to the service centre," says David.

On further discussions with the towing service providers, the team saw that this sector was unorganised and depended on calls either from the service centres or through their advertisements in online classified ads. The charges are not uniform with “opportunity cost” premium playing a major role.

The team decided to get down to work in identifying towing service providers across Bengaluru. They wanted to keep a service provider for a five to eight km radius. Thus, helping the team's reach the vehicle within 30 minutes even in peak traffic. The prices were fixed for all service providers based on the distances involved.

The team also figured that there are calls made for simpler services like battery rundown, minor electrical faults. This lead the team the team to empanel those service providers who can provide a jump start, battery replacement and technicians to repair a vehicle so that it can be back on the road temporarily and then could be moved to the user’s home or to a nearby service centre.

"In the coming days we intend to expand our services by tying up with Original Equipment Manufacturers (OEMs) and multi-brand service centres too for on-road service as well as for scheduled services," adds David. The current team size at Motormechs is 12, including the founders and sales, marketing and support professionals.

One of the biggest challenges that the team has faced is getting reliable service providers. The next problem was standardisation of the prices. "The service providers had to be convinced that the losses due to 'opportunity costs' will be compensated by the higher number of calls they will attend," says David.

Operational since July 2015, Motormechs has had over 400 service requests and partnered with 100 service providers. Presently, it works on a percentage commission on the amount charged to customer. The charge is levied on the service provider and not the customer.

"The venture is presently funded from the personal funds of the promoters. This should sustain us for 12 months in Bengaluru. We aim to have a robust system in place soon. We are looking to spread to two other major towns by the end of 2015 while simultaneously increasing our service offering. We will be present in five cities by the end of 2016," says David.

Vehicle service is one of the most unorganised sectors in the country. Several players like Mypitstop, Cartisan and Speed Car aim to bring some structure to this space. The Indian automobile industry is believed to be one of the largest segments in the world. In the financial year 2013-14, close to 21.48 million vehicles were produced in India.