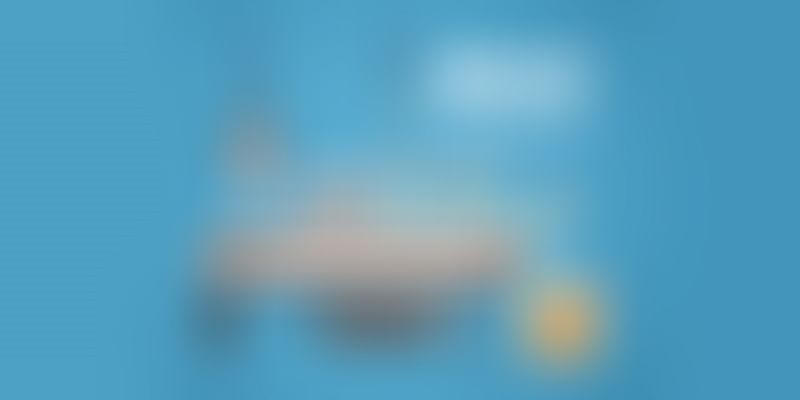 While India has been a front runner in creating software service giants like TCS, Infosys, and Wipro, we see very few hardware plays in the country of 1.3 billion people. Currently, India is one of the largest mobile phone users on the globe but we only have a handful of indigenous manufacturers prominently - Micromax, Lava, and Karbonn Mobile.

Gradually things are changing with the bolster for ‘make in India’ campaign promoted by Prime Minister Narendra Modi. On the lines of the above mobile handset manufacturers, Vivek Agarwal had floated Mtech Mobile in 2010. It primarily caters to the rural bucket and has a significant presence in eastern India, Bengal, Orissa, Bihar, and Jharkhand.

Based out of Kolkata and Delhi (NCR), Mtech Mobile seems to be 13th player as far as volume (handset manufacturing) is concerned. At present, the company ships 1,30,000 mobile handsets per month across India. Vivek Agarwal, Managing Director and showstopper, Mtech, says,

We have very strong presence in Bengal and sell about 35,000 mobile phones every month.

Vivek’s family business was a franchise partner of one of the largest homegrown phone makers during 2009-11 in eastern India. Vivek adds,

While dealing with the brand, we faced several gaps like post sales service and long cash infusion process. These pain points with burgeoning penetration of cheap smartphones motivated us to evangelize mobile handset manufacturing business.

Initially, we didn’t have experience dealing with Chinese component suppliers and consequently we struggled in identifying genuine suppliers. Today, we have mastered the art of dealing with suppliers.

Engagement is a key mantra to retain talents

Retaining early employees was a big challenge for Mtech, however, Vivek cracked the mantra of retaining employees now. He states,

I devote one-third of my working hours in talking to employees and this generates confidence in them to think of long haul at Mtech.

The company claims to be a 350 members (excluding manufacturing workforce) team spread out of Kolkata, Delhi (NCR), and all over India.

Mtech mobile comes in the range of Rs 1,000 to Rs 8,000 with a mix of models from a basic handset to Android enable 3G smartphones. Vivek points out,

We primarily focus on rural market and over the time, Mtech observed that most of the handset manufacturers lack in post sales service. Our post-sales service is very strong and this is the biggest USPs of the brand.

the service part.Investment and turnover

So far, Mtech has invested Rs 70 crore in creating overall infrastructure. “We have managed funds through friends and family. We also leveraged funds from our other businesses (real-estate and tea gardens). The company had revenue of Rs 100 crore last fiscal and aims to hit Rs 180 crore in the coming financial year.

Interestingly, the land acquisition ordinance had just expired as government at the helm failed to gather consensus in the Parliament. The Bill contained easy frameworks to foster industrial zone across India. Foxconn’s Founder Terry Gou expressed concerns over the shoddy infrastructure and lack of political will hampering the growth of hardware startups in India.

Given that India is one of the largest consumer of mobile handsets, low-cost smartphones (besides basic handset, non-smartphone category), are becoming very popular in rural and semi-urban India. The mobile manufacturing space is a mammoth opportunity for hardware startups. Importantly, Micromax had shown the way to disrupt it in a market largely dominated by global giants like Samsung, Nokia, and HTC among others.

Under the current government's global component, manufacturers like Foxconn are waiting to make their mark in India. Experts believe that government’s push in the manufacturing sector is creating a conducive ecosystem for indigenous startups. Mtech is also planning to set up an SDK manufacturing unit to keep control over components and own an entire chain from component to post sales service.

Mtech appears to be a promising player in the low-cost mobile phone segment and can go far, but it’s still early to anticipate the company’s growth in the coming years. It claims to have an efficient post sales service channel and it could be the biggest driver for Mtech penetration in rural areas where post sale service (across low-cost phone makers) is usually left wanting.