91% of our waste is dumped in the open; Can we ever become landfill free? 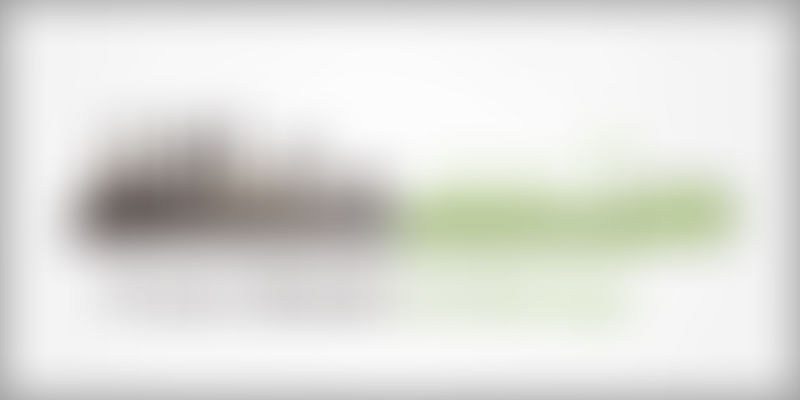 Managing waste is a major problem in India. The waste generation from Indian cities has increased by 50% in the past decade, and continues to grow at an ever increasing rate. The total municipal solid waste generated in urban India is 68.8 million tonnes per year. At the current rate, the waste generated by 2041 will become 230 million tonnes per year. The area of land required to dispose such amount of waste, when stacked nine meters high, is equivalent to the size of Hyderabad, Mumbai, and Chennai put together. In other words, the way we handle our waste is unsustainable for the future.

Learning from our neighbors

Compare India’s scenario with that of Singapore. The island nation has high population density and very limited natural resources. Therefore, it has a huge incentive to ensure sustainable waste management and development. Due to rampant industrialization and urbanization, waste production here increased by six-folds between 1970 and 2000. Massive mismanagement of waste was observed in 1999, with 760 thousand tonnes of waste being dumped in its landfill site every year.

The government went to on to create strict laws around waste disposal and invested heavily in building infrastructure that incorporated recycling, reuse, and conversion of waste to energy. Within a couple of years, Singapore witnessed a near four-fold decrease in the amount of waste that gets dumped in landfills. Today, 60% of Singapore’s waste gets recycled, while 2.85 million tonnes of waste is sent to waste-to-energy plants. The plants process around 7600 tonnes of waste daily and produces more than 40 MW of power. With lowered dependency, they have also been able to successfully increase the lifespan of their landfill by 10 years, and is now chasing the ambitious dream of zero landfill.

Singapore is just one of the many examples where political will, building the right infrastructure, and citizen-driven initiatives together have been able to successfully fight the urban waste problem.

In India, with growing urbanization, a 38% increase in just one decade; coupled with a steady rise in per-capita generation of waste, which has increased by 12% in the same time, bringing strong measures to manage waste is the need of the hour. The waste collected in Indian cities varies from 90% to less than 50%. More than 91% of the collected waste is dumped in open lands and dump yards. Ten per cent of this collected waste is either burnt or is caught in landfill fires. Two per cent of the uncollected waste is also burnt in the open, making Indian cities some of the most polluted in the world.

Landfill space are hard to find and degrade the quality of soil and nearby ecosystem. Dumpsites in almost all cities are already handling more waste than they can hold. Bangaloreans might still remember the incident when thousands of villagers protested against the landfills in their surroundings, due to which their water and soil got contaminated. With unorganized waste pickers, lack of segregation, and poor infrastructure around waste collection and transport vehicles, it is no wonder that every other day, we get to hear about outbreak of epidemics, landfill fires, and water pollution due to leachate from dumpsites – all happening due to the presence of organic substances and carbon compounds present in these wastes.

It is, however, the same organic substances that can also be used to generate energy. Any organic waste is a resource due to its ability to degrade, resulting in generation of energy. It is this very mantra which has helped the developed world manage their wastes better. According to Nupur Tandon, Founder and Director of Pro Waste Concepts –

Waste segregation is the first and most fundamental step. Although there is technology available for converting dry or mixed waste into energy, they are not implemented on a wide scale, either because they are not viable or are too expensive. Given the current setup, wet waste should get used to generate energy and dry waste should get recycled. Unless we start separating our wastes, and unless it is implemented everywhere, the wheels will not be set to motion.

From problem to opportunity

There are multiple technologies available to harness energy from waste, including those which can convert non-biodegradable organic waste into energy. These solutions include thermal conversion, where the waste is burnt to produce steam which runs turbine generators to generate electricity; electrochemical conversion, where the oxidation of the organic waste is catalyzed using chemicals and then electrolyzed to generate electricity and biohydrogen gas; biochemical conversion, which uses the waste’s own microbial activity to generate energy; and thermochemical conversion, which is found useful for wastes containing high percentage of organic non-biodegradable matter. There are many technologies available under each of these types that are either successfully implemented across the world or are evolving.

According to Sandeep Garg of Green Brick Eco Solutions (GBES) working actively in Delhi, who have recently developed a product called Bio-boxX, which can convert waste from up to 2500 households into sustainable energy –

We believe in the ‘one who generates should be the one who treats’ philosophy and promote a decentralized approach to treatment of waste. In a typical Indian city, around Rs 12.5 lakhs is spent every year on collection and transportation of unsegregated waste generated by 1000 households. If done in a decentralized manner, the price can be curbed to half. Add to it the energy that gets generated, and household waste management can be made self-sustainable and completely free of cost. We believe that waste management is every citizen’s responsibility and the energy generated is just an added bonus.

How Debartha, Ritwik and Jayant are revolutionizing waste collection systems in India

There are many similar entrepreneurs and NGOs working in the field of waste to energy conversion sector in India. According to Vinod J, founder of Quantum Green, a Bangalore-based organization actively working in the waste–to-energy sector –

We believe that waste management solutions should be end to end. We create biogas digesters for kitchens, restaurants, and even the fruit processing industry. Once the microbes grow to their full potential, wet waste on a daily basis can be added and gas can be extracted. The gas generated can be piped and used for cooking in case of homes and restaurants. It can be used to generate electricity in case of corporates. In case of the fruit processing industry, where the amount of waste generated by each center can go over 10 tonnes on a daily basis, energy produced can help run their machines, while the slurry residue makes great manure. Even homes, restaurants, companies, and colleges can use the slurry for organic farming.

While these organizations are actively taking it upon themselves to solve the growing problem of waste management, it remains the responsibility of citizens to make sure that they receive necessary support. We must start with segregating our waste and put pressure on our local municipality to improve garbage collection. More importantly, we as responsible citizens must also critically engage with the government to help bring in strong regulatory framework for emissions monitoring, policies to help integrate the informal recycling sector, and strict environmental, industrial, and waste management laws. Finally, we must see to it that they get implemented.

Naomi Klein in her celebrated book ‘This Changes Everything’ exposes the myths that are clouding the climate change debate. While stressing on the criticality of better waste management, she goes on to debunk how our consumer culture, lifestyle, and modern market has led to global warming and insane amounts of waste generation, leading to generation of greenhouse gases and global warming. To demonstrate the seriousness of the situation, she demonstrates that climate change is not a linear process. Increase in temperature of one degree in a decade can trigger an exponential increase of five degrees in the next. While she advocates for much more fundamental changes, managing our waste better is certainly a step forward. With waste to energy solutions being made available by modern technology, it is high time we collectively turn our problem into an opportunity.

Pro Waste is rethinking waste management in Bengaluru, ‘Waste is not to be thrown, it has to be given’