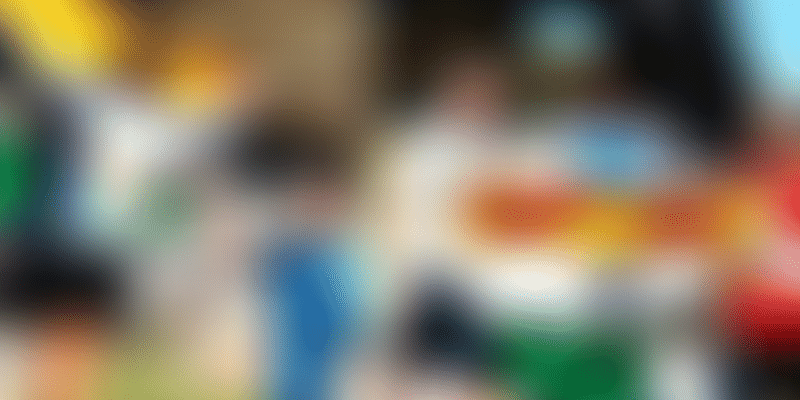 35-year-old Abasaheb Gaikwad, who works as a bus conductor in Sangli, Maharashtra, has won three gold medals at the Australian Master Games, which were held in Adelaide. After breaking his own past records, he has won these gold medals in three different games – javelin, discus throw and shot put.

He was able to accomplish this, without support from a coach. A self trained athlete, Abasaheb was able to bear the costs of his tour after receiving support from his employers, the Maharashtra State Regional Transport Corporation (MSRTC) and his family, friends and well-wishers.

In an interview to Pune Mirror, Abasaheb said, “Before embarking on the trip Down Under, I had to go through a qualifying round in Mumbai, where I performed outstandingly and got chosen for the tour… My friends and colleagues helped me a lot, both in terms of gathering funds and preparing for the tournament. The cost of the tour is huge. Everyone collected a sum of Rs 2.5 lakh.”

His wife Surekha Gaikwad adds, “Despite an odd job and a poor financial condition at home, my husband continued his training without a coach. Now, he has once again proved himself.”

The Australian Masters Games is a biennial sporting event that is regarded as the premier and largest regular multisport festival in Australia.