Changing the face of Indian trekking, one mountain at a time with Dilshad Master Kumar 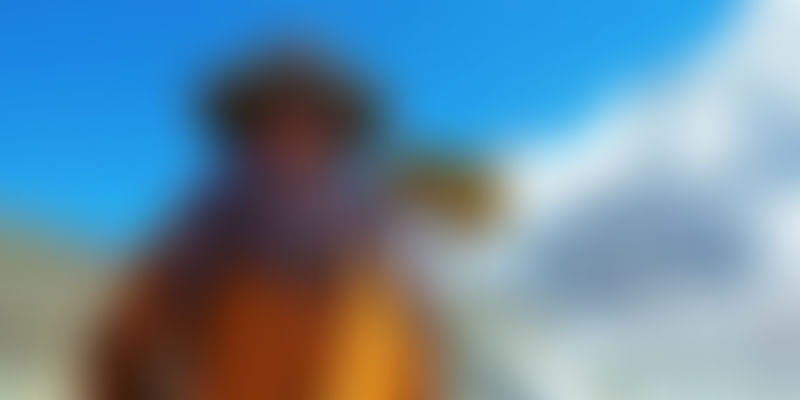 Dilshad Master Kumar, 49 years old, was battling with cancer when she realised that she has had enough. She did not want to give her blood and sweat for someone else to create his millions, rather she wanted to draw all the energy and strength in setting up something of her own that she could leave behind for her four-year-old daughter.

Dilshad is a startup person. She spent 22 years of her life working in the TV industry. She launched Zee Cinema which was in partnership with Star Movies. Thereafter, she reassigned herself with Star and launched the Hindi version of NGC and History Channel as well.. Dilshad loves building teams and setting operation systems rolling. “And then I thought I had enough of TV, so I worked with Ronnie (Screwvala) for 18 months,” she tells. A self-proclaimed launch person, Dilshad launched two channels for UTV. “I learnt something new in a long time. Working with someone who owns a company is so much different than working for someone who is the CEO of a company. In that way Ronnie taught me a lot about being an entrepreneur,” she says. I learnt:

• Build no ego between yourself and the transactions. Leave your ego outside the room, when you negotiate.

• Don’t be emotionally attached to any of the verticals that you work for. Build and let go.

• Know your numbers better than the finance guy.

This philosophy enabled Dilshad to move towards setting up her own. She launched Ikriti New Media, a social media company, in 2008. “I saw a lacuna in the market place between social media and TV. TV channels then, had no clue about digital media, so I worked with NGC, Channel V, and Star for their digital media campaigns. And I had fun with the medium till it lasted. Everyone wanted a viral campaign, not understanding it’s the market dynamics that makes a campaign viral,” she tells. “Around the same time, I started a market place for adventure travel operators with my friends Soum Paul and Sachin

Bansal. We figured that it is a highly unorganised industry and about seven years ago there were some 10,000 plus travel operators having their own websites, multiple itineraries, trips and asking them to put up all the details on our website was going to be one impossible task. We even contemplated hiring foot soldiers who would be assigned to these travel operators to collect all data and upload the information, but the industry is also volatile in its activities. A cloud burst here and a flood there hampers itineraries practically overnight,” reveals Dilshad. “So it wasn’t a very wise decision to set up an adventure travel aggregator,” she shares. “We had several meetings with funders and every time the question that would ring was, ‘how will you scale up?’ It would have been a monetarily draining proposition to keep hiring people to keep adding information on the website. We realised our naïve business decision and since we didn’t have many answers back then, we decided to shelve the project and convert www.farinto.com into a crowdsourced travel magazine.”In a parallel world, her husband Akshay running Mercury Himalayan Expeditions (MHE) was looking for someone to streamline their operations. And it only helped that Dilshad had a strong operations

background. While she was getting treated for her cancer, she had this extreme desire to build something of her own and leave a legacy for her child and reduce her insane work hours to spend quality time with her family. With this objective in mind, Dilshad took upon herself to get deep into the adventure travel business and create verticals that MHE had a clear vantage over others. “While understanding the travel business I realised based on travel industry trade figures that in 2013 there were 1,000 plus million domestic travellers and this number was only growing. Even if I set out to work with only 5% of that number for the business, then also it would be phenomenal,” says Dilshad. This objective helped her in focussing on creating incredible activities, to set MHE apart from others in the same domain.“A program close to my heart and already in the stage of execution is a special event that we are organising for the 35th anniversary of India’s planting flag on the Siachen glacier. This trip is with Col Narendra ‘Bull’ Kumar, the first Indian to hoist the Indian flag on the Siachen glacier and a mountaineering legend. For this trek has only been possible because of a special permission from the Ministry of Defence and an association with Col Narendra,” shares Dilshad. Dilshad has worked hard for this to happen and is confident that this trek is going to be only one of its kinds and cannot be offered by anyone else.

“With our rich experience from years of trips, MHE has a bank of images and videos of locales that have been virtually unexplored,” says Dilshad, and she wants to work on this to her benefit. Till now she has been organising shoots for documentaries on an adhoc basis on the Indian side of the Himalayas. Like last year MHE hosted mountaineer and explorer, Reinhold Messner and his Swiss unit, to shoot in the Himalayas. She wants to now formalise this part of the business and make it an active proposition for shooting expeditions and documentary film makers. She is also organising a 60-day shoot with eight women explorers traversing the entire length of the river Ganga from Gomukh in Uttarakhand to Gangasagar in Kolkata.

Dilshad is a passionate trekker herself having trekked to the Everest Base Camp (EBC) and the various trekking routes in India. She says “Though people feel that EBC is the epitome of trekking but in my own experience the adventure trekking is right here in India.” She thinks EBC is almost sanitised with proper trekking routes, markers, and dustbins, etc., which is missing from the Indian trekking routes. “For example the Kuari pass trek, in the Garhwal–Uttarakhand region, though not as high, which is only about 12,500 ft high is way more challenging. The terrain keeps changing and on an instance, where there should have been a bridge, there was a steep fall, as the whole mountain had been washed away. So a distance that could be covered in five minutes, took us 2.5 hours as the guides had to take another unforeseen route to reach the destination,”remembers Dilshad. These elements of uncertainty keep Dilshad on her toes in working out trekking routes for the adventurous. Though she is unhappy as to how we haven’t been able to sell our trekking routes almost to the point of undermining our gorgeous mountains, she has taken it upon herself to change the face of Indian trekking one mountain at a time.