Why this edutech company pivoted after training over 20,000 students 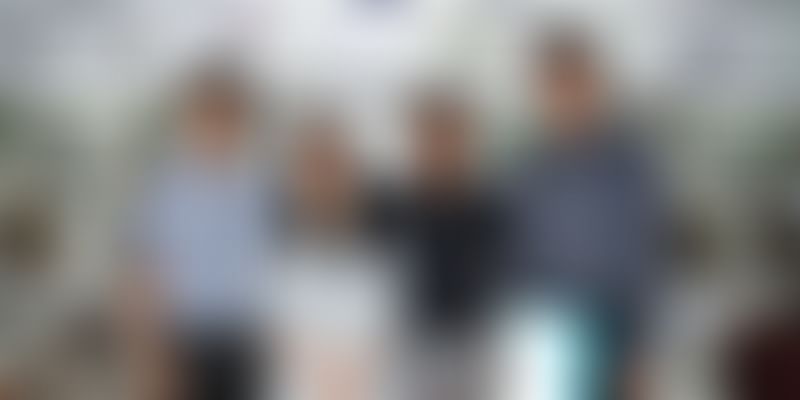 The education sector today is packed with several edutech startups that aim to make learning easier. Edgefxkits aims to be slightly different from the crop. Established in 1997 as ‘Orbit,’ they have trained thousands of engineering students in the areas of electrical, electronics, and communication. It was in late 2011 that the team decided to pivot.

"Though we have always had the right manpower to train students, we often have had challenges in putting together the right training material and the hardware that went into building projects," says Kamini Gupta, Founder and CEO, Edgefxkits.

Pivoting to a DIY model

She adds that in their quest to give the students the best, they realised that there was no 'easy to use' solution in the engineering domain. Especially when one is looking to build projects that would fulfill their academic requirements and bridge the knowledge gap between theory and industrial needs.

The only way, Kamini adds, was to explore the possibility of providing a Do It Yourself (DIY) kit. These kits would consist of everything that electrical and electronics engineering students would need to enhance their knowledge and skill at a practical level and help them in exploring new career paths.

Edgefxkits, therefore, is an online store for project solutions for all those aspirants who seek to enhance their practical knowledge in the field of electrical and electronics engineering.

The team consists of Kamini, Anil R. Kanodia, Rakesh Gupta, Prateek Agarwal, UC Patnaik, Mahesh A., and Tarun Agarwal. They were initially working since 1997, when they started Orbit Technology Research, they had trained almost 20,000 students every year.

Kamini says, "We provide practical skill building solutions to the engineering student fraternity nationally and internationally in the form of DIY project kits in wide areas of electronics, electrical, embedded, communication and latest areas like IOT, Android, Arduino, Raspberry Pi and many more."

These DIY kits are easy to use and self-explanatory, complete with hardware and training material in the form of extensive audio-visuals and can be purchased online. There are over 400 listed products in three variants, both in discrete and modular format.

Initially for a year, the team faced multiple challenges as the DIY concept was unique and it was introduced for the first time in the domestic market at a professional level.

Colleges were used to hiring teams and getting students trained on projects in their campuses. To convince them that projects could be done without external help with the DIY concept took a while.

As of 2013, close to two-thirds of education startups were focused on the skills development space, be it vocational/behavioural skills or technical skills. In contrast, less than 20 per cent of the startups were focused solely on education technology (ERP, platforms, etc.). Interestingly, almost half of them had some offering in this space, typically driven through by allowing third parties to build on their publishing platforms.

Presently, the Indian online education sector will touch USD 40 billion by 2017. A report by IBEF suggests that India is targeting to create 500 million skilled workers by 2022. The FDI flow in the sector has been close to USD 1071.15 million between April 2000 and January 2015.

Vedantu, Simplilearn, Toppr, Iprof, Meritnation, Talentedge, and embibe.com among others are some of the names in the segment which have been using aforementioned education methods and technologies to reach a wider audience. In the past two years, these platforms have shown enormous growth and have been able to draw the interest of investors too.

While the number of startups in the space are mushrooming, is the impact really being created? The National Sample Survey Office reports of education and skill training imparted states that close to 90 per cent of employable individuals were yet to receive training, despite the Skill India campaign. The data also showed that only 2.4 per cent of people aged 15 and above had any technical qualification.

Edgefx is attending Startup India Rocks 2015 – Goa on the 7th and 8th of October 2015. For more information about the event, please look up www.startupindia.rocks or contact Mr. Mandar Gadkari at mandar.gadkari@crossborderangels.com and +91-9833632041”