Is this the end of the honeymoon period for foodtech startups 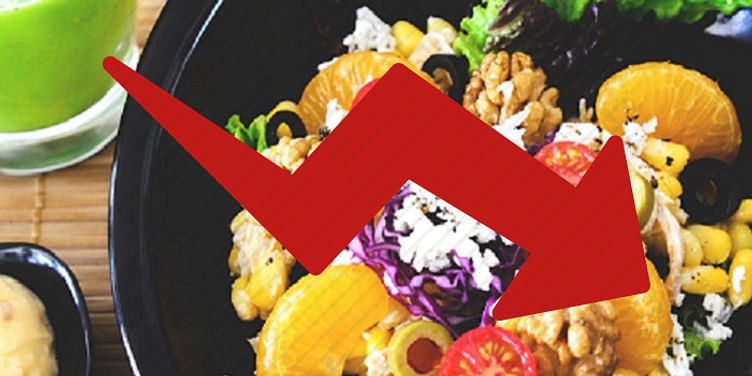 Winter seems to be coming for foodtech startups with Dazo and Spoonjoy shutting operations and talks of troubled times at Foodpanda and Tinyowl making the rounds. There also seems to be a dip in funding in this $50 billion market space. All in all, this sector seems to be facing a rough patch at the moment.

If you look at the amount of funding made in the foodtech space in the month of April alone, it was a whopping

nbsp;74 million on a total of seven deals. In August, this dipped to $19 million with a total five deals. In September, this number further dropped to a total of two deals.

Many players with few results

On the lines of e-commerce and hyperlocal sectors, foodtech witnessed several prominent angels and VCs funding various me-too startups that seem to have prioritised scale and growth over basic business fundamentals. This euphoria from investors was largely driven by FOMO (fear of missing out). Ashish Taneja, Managing Director, growX Ventures, adds that everyone wants to be a part of the next big thing.

A YourStory source retrospects that investors believed the space to be the next big thing, and many funds started placing parallel bets on the space. This not only meant that a lot of companies started getting funded in a short span of time, it also meant that there weren't much funds left for the follow-up rounds. Anand Lunia, Founder of IndiaQuotient, says, “If you look at it, every VC till date has invested in some form or the other in the space. And for many of them it hasn’t gone well.”

Importantly, two prominent investors in the Indian startup ecosystem -- Tiger Global and Softbank -- didn’t bet on any foodtech startups as they are skeptical of unit economics in the sector.

So what are the reasons for this dip? Investors believe that this is the natural course of action and it will help maintain the balance in the ecosystem. Of all the several 1,000 startups that begin business, a few can actually survive rough patches.

Seedfund Venture Partner and accomplished investor/mentor Sanjay Anandaram says that most of the technology-enabled food businesses are operations-intensive. "Most of these app-based food businesses gain the initial traction in certain pockets of a city, but the same cannot be expected from all parts of the country," he adds.

He also points out that just because something works in the Valley, it doesn't necessarily have to here. Most of the startups launch and start believing in a small segment of the population and not a nation as a whole. "Bringing in a consistent and habit-forming change in behaviour requires a minimum of one generation or 10 years of push," Sanjay explains.

This means a company should be able to sustain and have investors with deep enough pockets. Sumer Juneja, Principal, Norwest Venture Partners, believes that unless you create a solution for a problem consumers face, they don't buy into the product. "No amount of couponing and market acquisition strategies can gain customers for you," he adds.

While there is a demand, what is needed is a clear understanding of the space. Many investors believe that people jumped into the ‘me-too’ bandwagon without any clear passion for food. “Food business needs to self-sustain at least for a decade before the dynamics change. For that you need passion,” adds Anand.

Also read: Touted to be a $50 billion market, growing at 16 per cent YOY – where is the Foodtech market headed?

The test of sustainability

Replete with funding, many experts believe that several startups went through a heavy discounting and couponing phase.

Customer acquisition is an expensive affair in the foodtech space. Sources claim that prominent food ordering platforms like Foodpanda spends anywhere between Rs 400 and Rs 500 for acquiring a single customer. The source also claims that Swiggy to spends the same amount. However, many believe it would be unfair to compare the two in terms of customer acquisition. Sumer adds that unlike the others Swiggy has always had a stronger model in place. Swiggy says that they definitely do not believe in spending the mentioned numbers for acquiring a single customer.

Besides this, customers in India don’t pay for delivery and even at price-point foodtech marketplaces offer delivery for restaurants that doesn't match viable unit economics. This, many believed, hit the organisations that didn't follow the model, leading to the shutting down of operations for some great product organisations.

Many claim that restaurant-focussed logistics startups like Swiggy and Roadrunnr had raised significant amount of risk capital and they are believed to choke growth of startups, which are not able to attract bigger rounds. Some experts believe that apathy of aforementioned investors towards foodtech sector is one of the strong reasons for early consolidation in the segment. However, Ashish says that early stage investments are just that. They're about taking risks, but the other rounds are dependent on other factors.

Sumer says, "While growth and market leadership is important, it has to be balanced with a decent path to unit economics and frugality."

Also read: The journey of a paratha from the dough to your plate, the Holachef way

Being operation-intensive business, there are several learning curves that young entrepreneurs in foodtech go through. Sanjay adds that you need experience in running such heavy operations. Taking the example of Flipkart, he adds that the company has made several reiterations of its management team because you need that experience to build scale.

Till recently, these organisations have been focussed on growth, customer acquisitions, increasing orders, and repeatability, but nobody was talking about profitability, scalability, and consistency. It is during this cycle that many will learn how to manage a business and sustain," says Ashish.

For a food technology enabled business as we know it, the operations and backend process need to be tightly managed and governed.

Consistency is another key in the business, you need to ensure the food that is made is consistently of good quality, and it needs to be served at the right temperature, at the right time. And this isn’t an easy task. According to Anand, in an operations-heavy business only those who are truly passionate about food can work along the different challenges that come with scale.

Also read: Bengaluru-based FreshMenu to grow to top 10 cities by next year

If you look at most evolving sectors and spaces, a few startups will survive. And experts believe that's the way it should be. Ashish adds that most people have taken a stand, and now is the time of the test by fire. Sumer believes that in order to scale, it's important for all aspects of the business to be seamlessly integrated. With funds drying up, how many will survive the onslaught? The space is also ripe for consolidations. The stories are now working to be sharper and crisper.

With inputs from Jai Vardhan